By Joe Strange for MailOnline

Dele Alli’s struggle for playing time will continue tonight after Jose Mourinho left him at home for Tottenham’s trip to Burnley, according to The Athletic.

The England star has started just once in the Premier League all season – against Everton on the opening weekend – and has only racked up a further 21 minutes of top-flight action, having come off the bench away at Manchester United.

Alli will again be absent at Turf Moor this evening after Mourinho deemed the midfielder surplus to requirements once again. 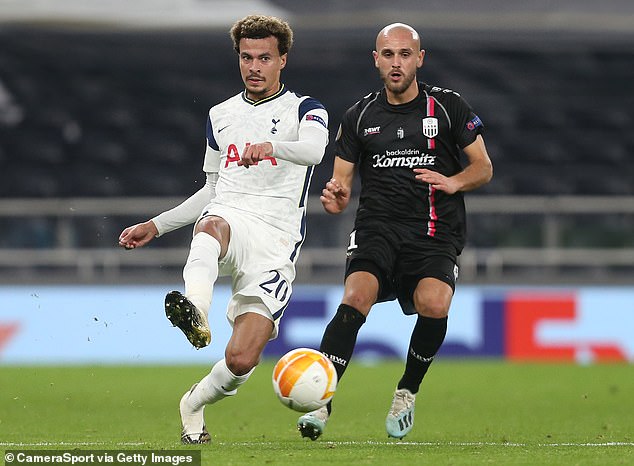 Dele Alli, pictured in action against LASK last week, is not in the squad to face Burnley tonight 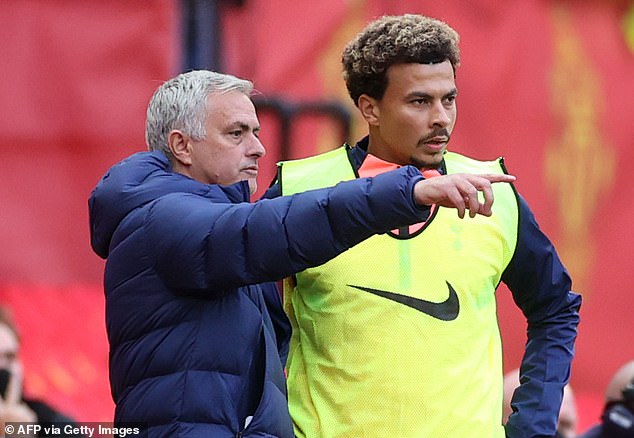 The Athletic claim that the 24-year-old did not travel to Burnley with the rest of the squad on Sunday, despite coming off the bench in the Europa League last week.

Alli, who is not suffering with injury, got the final 30 minutes of the 3-0 win over LASK, but Mourinho believes he has superior options at his disposal.

After being substituted during Spurs’ defeat by Everton, Alli has found himself out of favour under the former Chelsea boss, particularly in the Premier League.

He has been left out of a number of squads and considered making a late loan switch away during the transfer window, with PSG among the clubs keen on him. 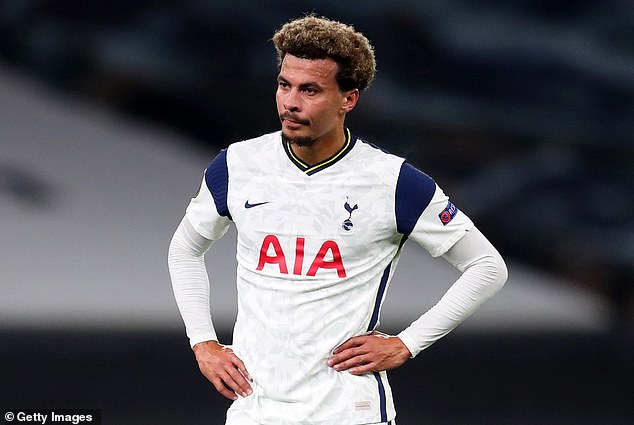 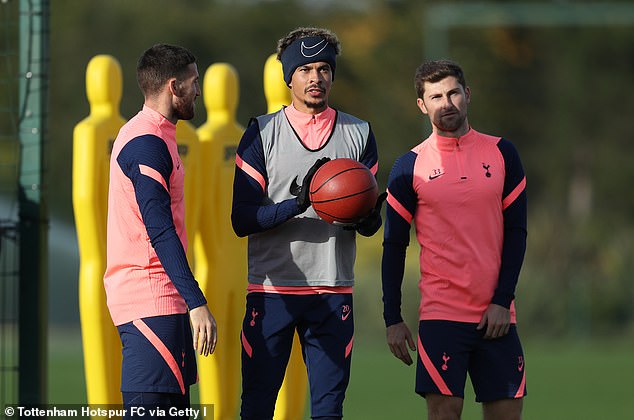 The midfielder, pictured in training this month, has failed to make an impression on Mourinho

A move ultimately failed to materialise but Alli’s position in the squad has not changed and he is currently a fringe player under Mourinho.

The former MK Dons starlet came off the bench for the latter stages of Spurs’ 6-1 thrashing of United at the start of October – the only time he’s played in the Premier League since the opening weekend.

Alli is facing increased competition for an attacking role in Mourinho’s side following the arrivals of Steven Bergwijn last January, and Gareth Bale and Carlos Vinicius during the summer window.

He has failed to make the bench five times already this season and, after appearing against LASK, posted on social media: ‘Always grateful for the opportunity to do what I love most.’

Thanks to Harry Kane, Tottenham have a great shot at winning...