The Glenfarclas Cross Country Chase – which he won at Cheltenham in 2018 – will be the next port of call for the Gigginstown House Stud-owned gelding, ahead of his attempt to become the first horse since Red Rum (in 1973-74) to land back-to-back victories in the Aintree spectacular.

Tiger Roll was sent off at 25-1 for the Grade Two hurdle over two miles and five furlongs – but the Gordon Elliott-trained nine-year-old did not travel like an outsider as he settled sweetly for Keith Donoghue. 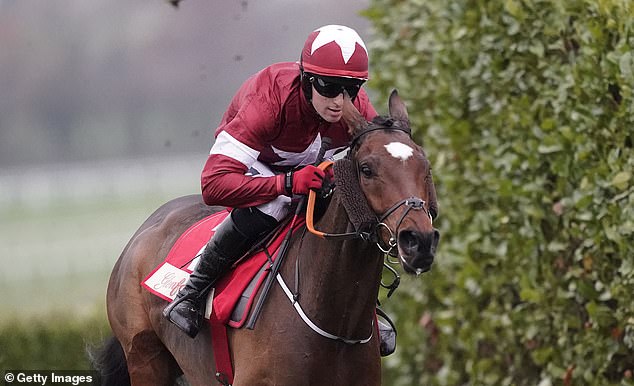 After Coquin Mans had led the field to the third-last flight, Tiger Roll loomed large to jump the penultimate hurdle in front.

Donoghue’s mount soon asserted and victory was never in doubt, as he crossed the line four lengths clear of Off You Go.

Elliott – whose charge is a three-time Cheltenham Festival winner – said: ‘That’s brilliant, I’m delighted with the way he ran. He’s a great horse and never lets us down.

‘The plan is the cross-country race at Cheltenham and obviously the English National, all being well.’

‘That’s arguably one of his best performances over hurdles. 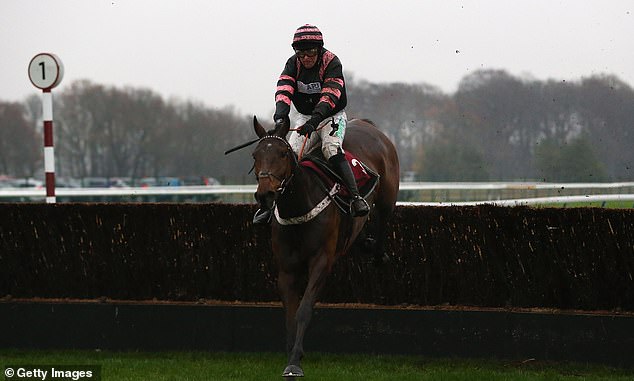 ‘I thought he would need the run badly, and we knew there was plenty of improvement in him, but he was obviously a bit fitter than I thought. Keith said he would come on from the run.

‘He’s going to be some horse to go for the cross-country race now and he should taking a fair bit of beating with a clear round.’

The pair had finished second and third respectively behind Ballyward, and they were in the same order again with Chris’s Dream (5-2) landing the spoils in game fashion.

They fought out the closing stages, with Rachael Blackmore driving Henry de Bromhead’s charge to victory by half a length.

‘He really toughed it out there which was good to see,’ said De Bromhead.

‘Rachael got a great tune out of him and he jumped brilliant, bar maybe the last. I’m very happy.

‘We just said we wanted to try dropping him in again and see. It seemed to suit him well and he was able to jump his way into it no bother, so that was great.’ 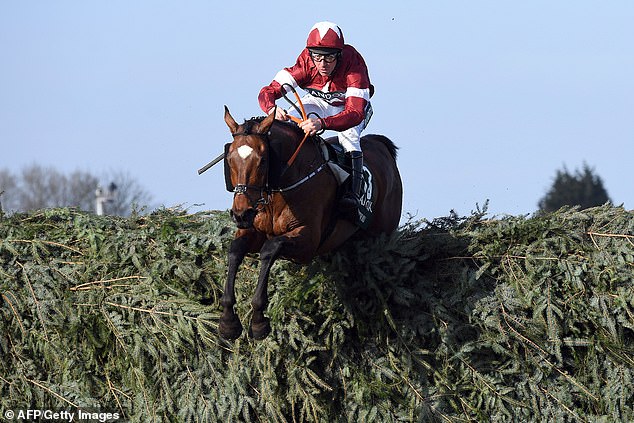 He added: ‘I’d say you’d have to look at the RSA now. I think he’s entitled, I have to speak to the owners and see what they’d like to do. I wouldn’t see why not.

‘The ground might be the only reason why not. It’s as good as he’d want it there today, but he was good.’

Ucello Conti (4-7 favourite) made it a treble on the card for the Elliott stable when smoothly landing the odds in the Boardsmill Stud Hunters Chase.

The 11-year-old was trimmed to 4-1 from 5-1 for the Foxhunter Chase at Cheltenham after he disposed of Coastal Tiep with the minimum of fuss, by three and a half lengths in the hands of Barry O’Neill.

Elliott said: ‘Barry was very happy. He said it might have been better if he had let him stride on a little bit as he said he was kind of breaking his stride and he wasn’t jumping as well as he can.

‘We’ve done what we had to do and the plan now is to go straight for the Foxhunters.

‘He’s a good horse and has good, solid form.’

Fernandinho exposed at the back as makeshift defender concedes the softest...