Tariq Lamptey is in some illustrious company among all the scouting reports experienced talent spotter Giovanni Gullo has stored on his phone.

‘Zinedine Zidane he was in Cannes, 17 when I first saw him,’ Gullo tells Sportsmail as he starts to reel off just some of the players he first saw as youngsters, the meticulous notes on them that he used to type and fax now on a handheld device in a sign of the times and also his longevity in the game.

‘Juventus didn’t buy the player then. I said to them “please take this player” but they didn’t believe because he was young and then Juventus was very strong … Michel Platini, Roberto Baggio. But then they sign the player seven years later! 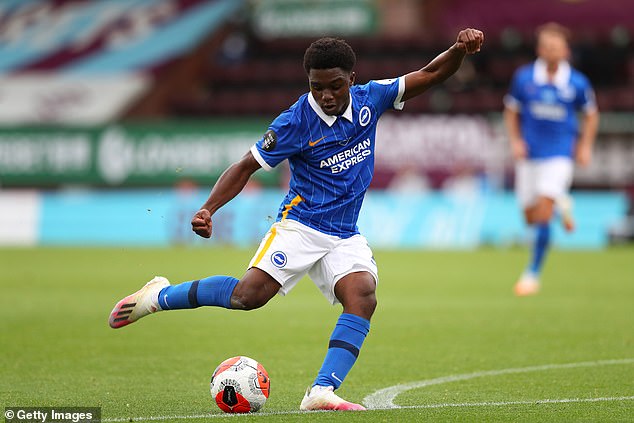 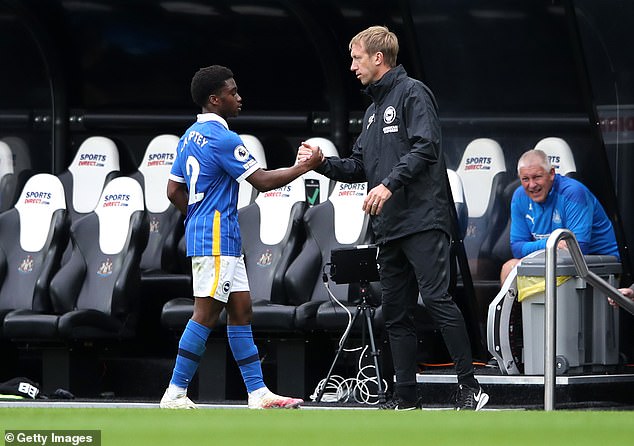 After leaving Chelsea in January, Lamptey ignored interest from abroad to sign with Brighton

‘I also see the France national team coach Didier Deschamps and Claude Makelele, the two players who were at Nantes. After that, all the French players that came to Milan was me… Philippe Mexes, Yohan Gourcouff, Mathieu Flamini, Mbaye Niang.’

One of the first players Gullo, 64, took to Milan was Patrick Vieira. The pair are now reunited again at Nice, Vieira as manager and Gullo one of their scouts.

Lamptey was one of the players Gullo, a scout for 35 years who has also worked for Monaco and been a sporting director in Italy, recommended to the French club.

Gullo first saw Lamptey for Chelsea’s youth team against Arsenal at Cobham and recalls him having the same ‘wow’ factor as another future star the Italian watched long before he became a household name.

‘I saw him [Lamptey] when he was 16 years old,’ Gullo recalled. ‘I remember one player that was like him but not the same position, when he was young, Samuel Eto’o.

‘I saw Samuel Eto’o when he was 14 in Brasseries academy in Cameroon. He [Lamptey] gave me the same impression “woah”. 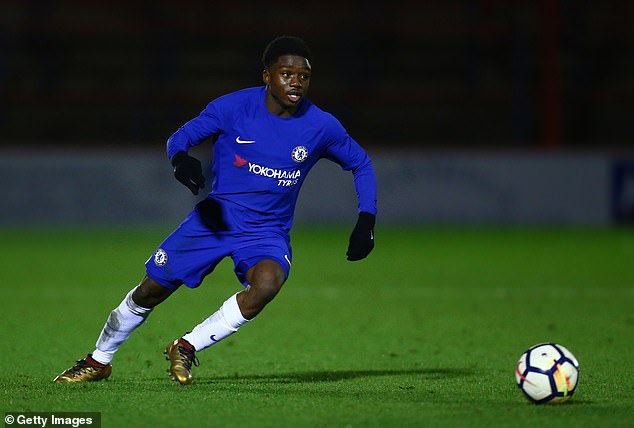 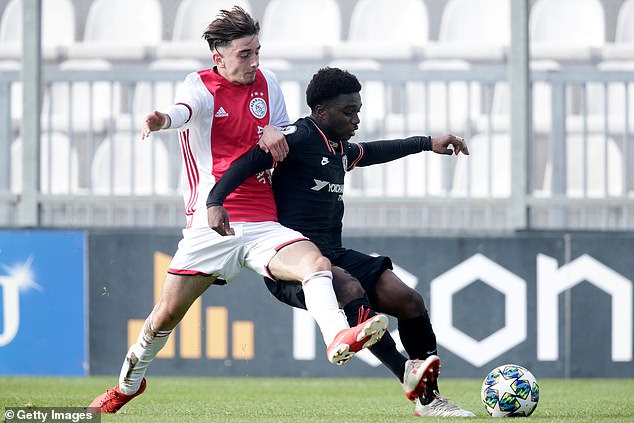 ‘Fast, quick, wow, wow and for this I say “ok, let’s see”. Physically he wasn’t so strong because he was not a big right back but he is explosive, dynamic. A good player.

‘He showed me that he can make the difference. When you see one player like this you think “wow, this player can have something”.’

Gullo went back and compiled his report on Lamptey, reviewed further video footage and, although his mind was quickly made up, watched him live seven times in total and had his early impressions backed up by his Nice colleagues.

Last season he hoped Lamptey would join Nice and start making the difference in Ligue 1 but it was instead Brighton who won the race to sign him from Chelsea.

‘I don’t know the word in English but in Italian this is the frustrazione… when you see a player and after you cannot take him,’ said Gullo, who also has the likes of Anthony Martial, Mohamed Salah, Hugo Lloris and Ansu Fati on his list of near misses.

‘I was a little bit disappointed he didn’t come to us because I think it was a good opportunity but I hope for him the best.’

Lamptey has been Brighton’s best performer in their opening two games and one of the league’s most exciting talents, the diminutive, 5ft 4in, all-action 19 year-old making a big impression since leaving Chelsea in January and underlining the depth of options England have in his position. 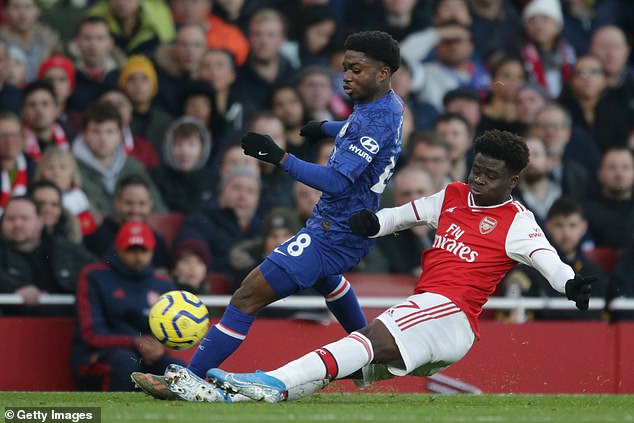 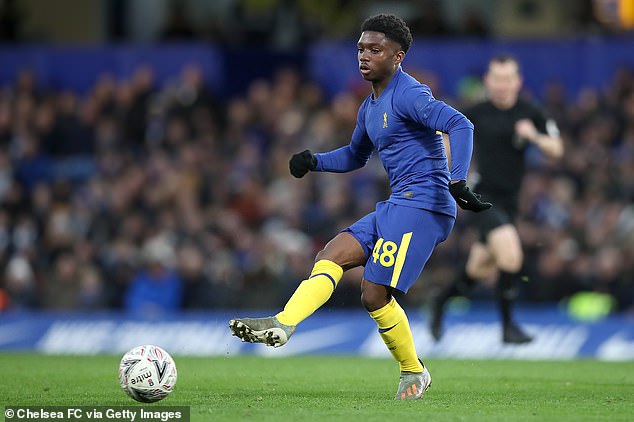 Lamptey joined Chelsea aged eight and rumblings of his promise gathered pace when there were whispers of potential first-team involvement towards the end of Antonio Conte’s debut season in charge as the Blues streaked to the 2016/17 title.

The feeling was Lamptey had the potential to shine as the right-wing back in the 3-4-3 setup Conte had settled on in an early-season tactical switch that was key to Chelsea’s title triumph.

It is in that role he is now excelling for Brighton, making an impact at both ends of the pitch.

That initial Chelsea opportunity never materialised though Lamptey served notice of his talents again in the under-19s run to the UEFA Youth League final in 2019, everything going through him even in his role predominantly out on the right wing.

He was described as ‘unbelievable’, ‘so dangerous’ and ‘electric going forward’ at times at youth level by those who watched him regularly.

His breakthrough eventually came last December when he made an eye-catching debut off the bench at Arsenal before two further substitute appearances in the FA Cup. 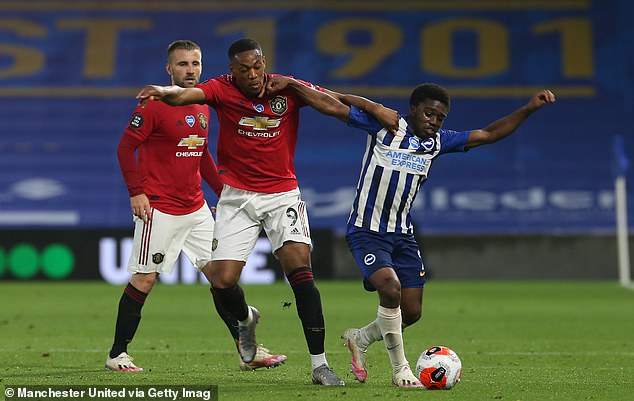 The timing was not a coincidence. Chelsea were trying to persuade Lamptey to sign a new deal and that there was a route to the first team for him.

Chelsea then offered him around £20,000-per-week and outlined plans to loan him out to continue his development.

But that did not really appeal, especially when he had clubs queuing up to make a firm commitment by signing him and playing him regularly.

He also had Reece James ahead of him in the pecking order who, it was felt by some, would always have had the edge in any battle partly because his stature made him better-suited to the right back position.

Weighing it all up with his parents and representatives, Lamptey decided against the safe option of staying and signing a new deal and made the brave call to leave.

He had his pick of clubs – Wolves, Leeds, Stuttgart, RB Leipzig, Lille and, of course, Nice, wanted him and there was tentative interest from Arenal.

But it was Brighton he opted for, won over by their project, the feel he got for the club, the staff and manager Graham Potter. 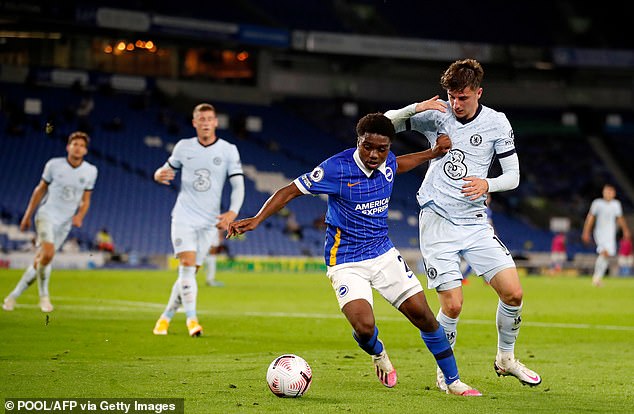 Some estimate that having paid £3m to sign Lamptey, his valuation will soon multiply tenfold

Brighton have been just as impressed with Lamptey. On the pitch he settled in and performed so well they were happy to let experienced right-back Martin Montoya return to Spain in the summer.

Meanwhile, some estimate that having paid £3m to sign Lamptey his valuation will soon multiply tenfold, if it has not already.

Off the pitch, he is well-liked around the club, described simply as a ‘lovely boy, really good kid, humble and always working hard.’

Tenacious, brave and defensively aware, Lamptey’s pace and directness are his most eye-catching qualities and make him a threat going the other way too.

But those close to him insist his humility, drive and hunger are in fact his biggest attributes.

He has needed them repeatedly to reach this point, the fire in his belly fuelled by growing used to being the underdog and having to prove himself as he came through at Chelsea where it was felt his size contributed to him being one of the last in his group to be pushed on.

That is all behind him though. Now, it seems, only a bright future at Brighton lies ahead for Lamptey.

Houssem Aouar reflects on remaining at Lyon despite Arsenal’s interest