By Chris Murphy For The Mail On Sunday

Tadej Pogacar of Slovenia smashed his way to a shock victory in the Tour de France with an extraordinary performance in the 36.2 kilometre individual time trial to La Planche des Belles Filles to grab the final yellow jersey of this year’s race from a struggling Primoz Roglic.

In a stunning turnaround, Pogacar became the youngest Tour de France winner in a century and the second youngest in history as he shattered the 57 seconds advantage of friend and compatriot, Roglic, to take the most unexpected overall victory in the Tour in thirty years.

In what was a sporting collapse on a grand scale, Roglic, overall leader of the Tour since stage nine, never got into a rhythm and steadily lost time through every intermediate check to let slip almost two minutes to his young rival. 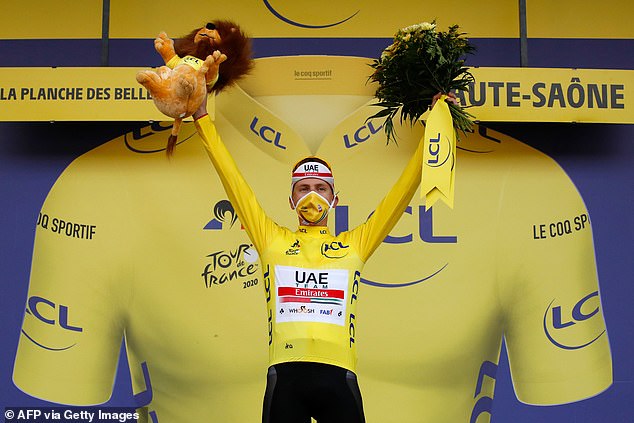 ‘I think I’m dreaming. I don’t know what to say. It’s unbelievable,’ 21 year old Pogacar, racing his first Tour, said. ‘My dream was just to be on the Tour, now I have won. I’m here and now there’s only the last stage. It is unbelievable.’

He revealed too that he had always targeted the time trial as an opportunity to cause an upset. ‘I’m really proud of the team,’ he said, ‘they had real confidence in me. They did such a big effort. To get the yellow jersey on the final day is what we dreamed from the start. We achieved that and it’s amazing.

‘We did a reconnaissance and I knew every corner, every pothole in the road, I knew when to accelerate and that’s congrats to all the team. I pushed to the end and I made it.’ 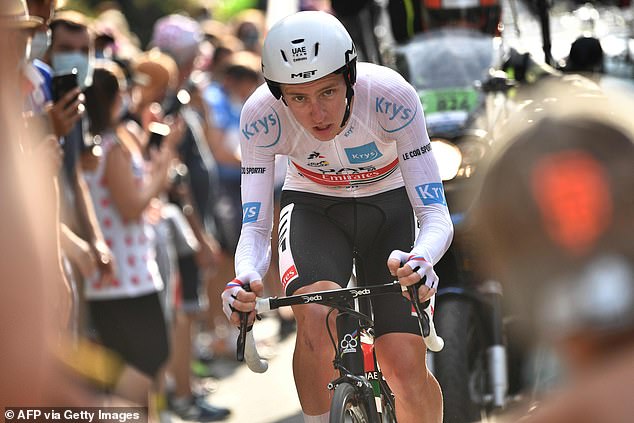 Sunday’s stage to the Champs Elysees is a mere formality that will be contested only by the Tour’s sprinters. Ireland’s Sam Bennett, who has successfully held off seven-time points classification winner, Peter Sagan, in the fight for the green jersey, was looking forward to arriving in Paris.

‘I think when I arrive onto the Champs Elysees, first lap, wearing the green jersey, it’s going to be amazing,’ Bennet said. ‘I’ll probably have a tear in my eye. It’s something you always dream about.’

Bennett is expected to go head to head with Australian sprinter Caleb Ewan, already a winner of two stages, in the most prestigious sprint finish in cycling. ‘I’m just looking forward to doing the best race we can possibly do and see if we can take home another stage,’ the 29 year old Irish rider, winner of stage ten to Ile de Re, said.

Roglic had been dominant throughout the three-week race and never really looked in trouble after first taking the coveted yellow jersey on stage nine in the Pyrenees. Pogacar, speaking afterwards, said: ‘I feel for him.’