‘The next few years are all about winning!’: Fans think Wojciech Szczesny has aimed a sly dig at Arsenal while welcoming former team-mate Aaron Ramsey to Juventus

Ramsey confirmed on Monday that he has signed a massive £400,000-per-week pre-contract deal with the Serie A champions, and will move in the summer.

He posted an emotional goodbye message to the Gunners on Twitter and Instagram, thanking fans for their loyalty and support, and that he leaves for Turin with a ‘heavy heart.’ 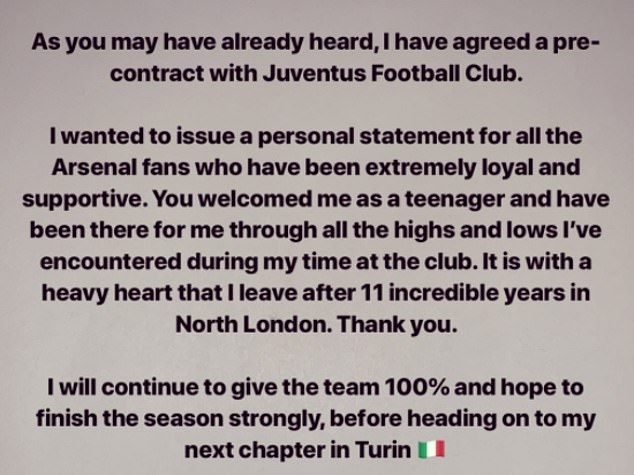 Former Arsenal keeper Wojciech Szczesny replied, and appeared to take a dig at the Gunners 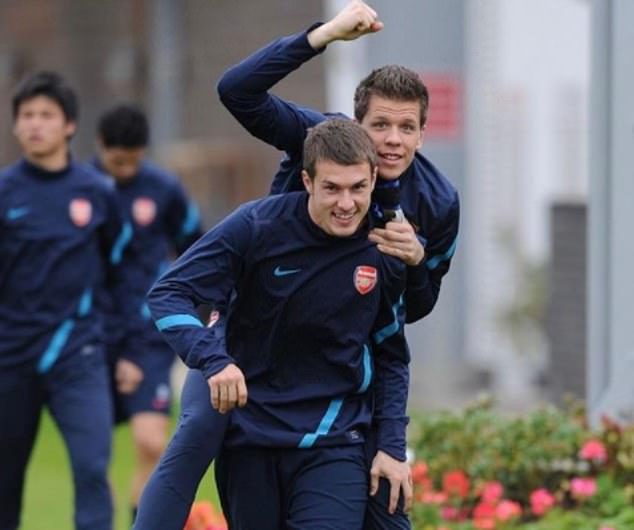 Ramsey wrote: ‘I will continue to give the team 100 per cent and hope to finish the season strongly, before heading on to my next chapter in Turin.’

Szczesny, who spent six years at the Emirates with Ramsey and is now the No 1 keeper at Juve, was among those to comment on the Instagram post.

He wrote:  ‘Welcome to Juve family. Get yourself ready for hard work. The next few years is all about winning! PS. What’s my commission’.

This has been interpreted by many Arsenal fans as a dig at the club, who have not won the league title since 2004, while Juve have won each of the last seven Italian league titles and are currently 11 points clear of second-placed Napoli.

Fans picked up on Szczesny’s swipe, with Arsenal having not won the league since 2004 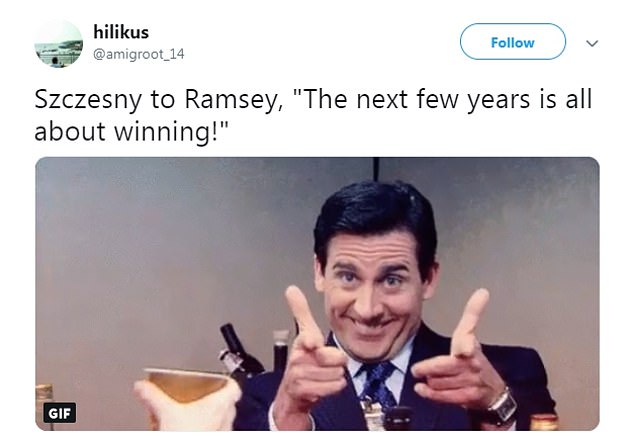 They have also reached two of the last four Champions League finals and are in the last 16 again this season, while Arsenal are playing in the Europa League.

Szczesny used to be No 1 at Arsenal before the arrival of Petr Cech in 2015, which saw him sent to Roma on loan.

He joined Juve a season later, spending two campaigns as back-up to Gianluigi Buffon before stepping up to the regular starting role after the Italian left for PSG.