For years, Rhodri Giggs has been known only as Ryan’s brother, who was left betrayed when the then Manchester United star had an eight-year affair with his wife, Natasha.

Now, the 41-year-old has got his own back in a new advert for bookmaker Paddy Power.

In the advert for the company’s new rewards scheme, Giggs pokes fun at his brother, himself, his wife, and the scandal which ripped his family apart, in quite astonishing fashion.

Scroll down for video. 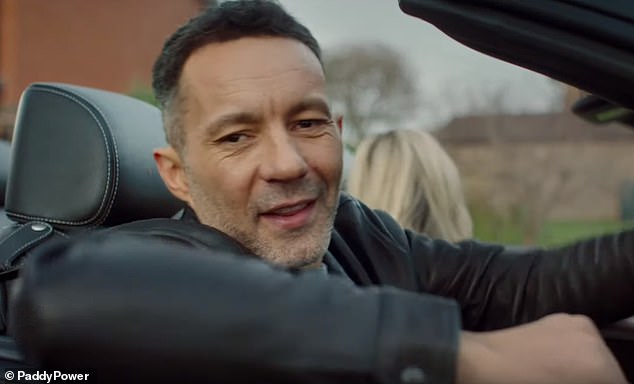 Ryan Giggs’ brother, Rhodri, has starred in a new advert poking fun at his brother’s affair 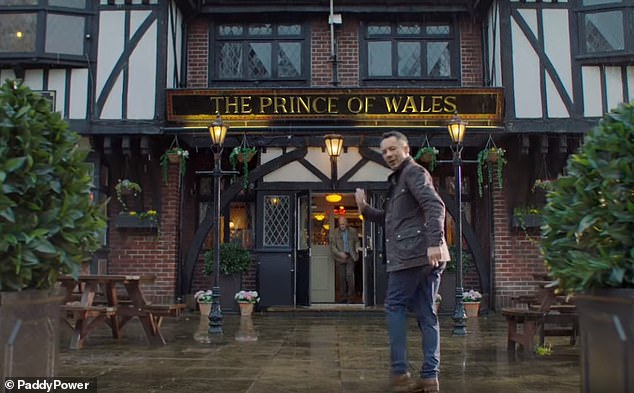 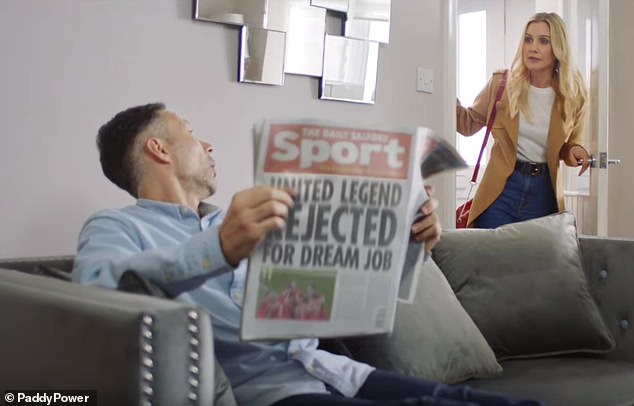 The ad contains plenty of jokes at Ryan’s expense, as well as Rhodri laughing at himself

The advert starts with Giggs introducing himself to camera, and saying that he ‘wants to talk to you about loyalty’ – immediately raising a smirk.

As an example of loyalty, he talks about how he always drinks in the same pub – with the barmaid offering him ‘bitter’, to which Giggs replies ‘Not any more, champagne please’.

We then cut to a television showing Wales – managed by Ryan Giggs – suffering defeat, with the commentator proclaiming ‘questions will be asked of the manager.’ Cue look to the camera and grin from Rhodri.

He then plays up his comparative lack of footballing skill, as he attempts to pass a ball back to a park football game, only to boot it way off camera. 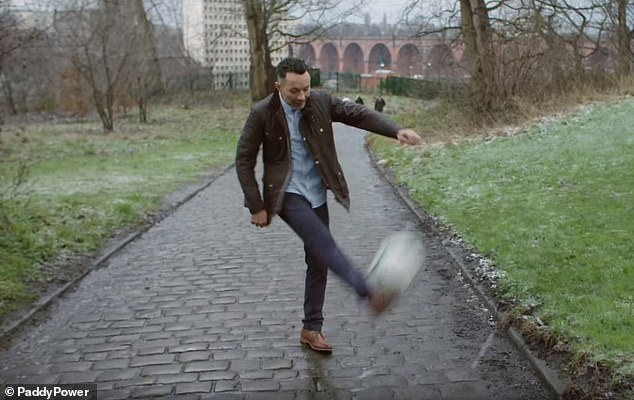 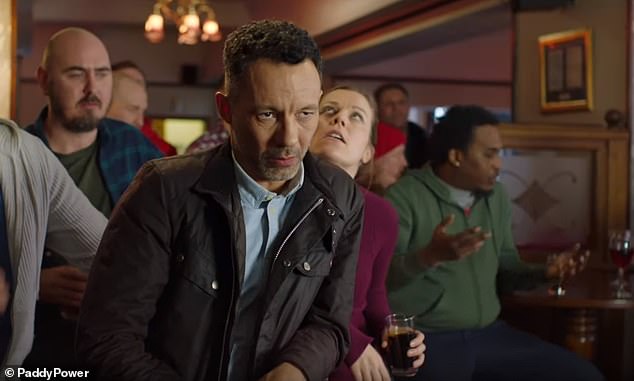 It gives the chance for further digs at his famous brother, claiming ‘natural talent is over-rated’ – before we cut to him in his kitchen, making a cup of tea in a blue Manchester City mug.

Perhaps the most jaw-dropping moment comes when an actress playing Giggs’ wife tells him she’s going out to buy milk, as he reads a paper headlined ‘United legend REJECTED for dream job’. With a wry look to camera, Giggs assures the viewer: ‘We do need milk’.

There are further dry references to his brother’s betrayal – such as when Giggs is boxing in the gym, and is told by his trainer ‘think of something that makes you angry’. Giggs’ reply: ‘Nothing comes to mind.’

Topping it off, Giggs tells the viewer as he climbs into a convertable sports car: ”Loyalty gets you nowhere. Live for rewards instead.’ 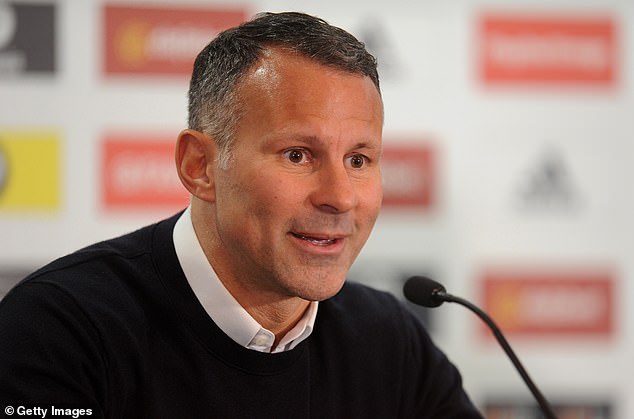 Rhodri Giggs recently said he has not spoken to Ryan since just after the footballer’s affair with his wife was revealed.

The Wales national manager said sorry to his brother weeks later for the betrayal, saying he ‘wasn’t thinking’, but Rhodri said the apology was just hollow words and they haven’t spoken since.

The father-of-three said he also doesn’t speak to other family members because they sided with Ryan after the affair which was revealed in 2011, but says the footballer can end their seven-year feud by picking up the phone.

Rhodri, a HGV driver by trade, said: ‘Ryan apologised a month or two months after the story came out. He said all the right things, but it was a matter of action and it was all words. I accepted (his apology) on the basis of following through what you are going to say, do it, don’t just say it, its easy to say things. But he was too big to do that, its on him, not me.’