‘We don’t love each other too much’: Manchester City boss Pep Guardiola on secret of his side’s relentlessness after thrashing Chelsea

Jack Gaughan for the Daily Mail

Pep Guardiola believes the key to Manchester City’s relentlessness lies in suffocating his own players with expectation.

City went back to the Premier League summit with a statement six-goal victory over hapless Chelsea and their manager offered a glimpse as to why they are a winning machine.

‘The appetite is there. After 100 points (last season) we have to push them,’ Guardiola said, suggesting this team have similar hunger to win trophies as his old Barcelona side. 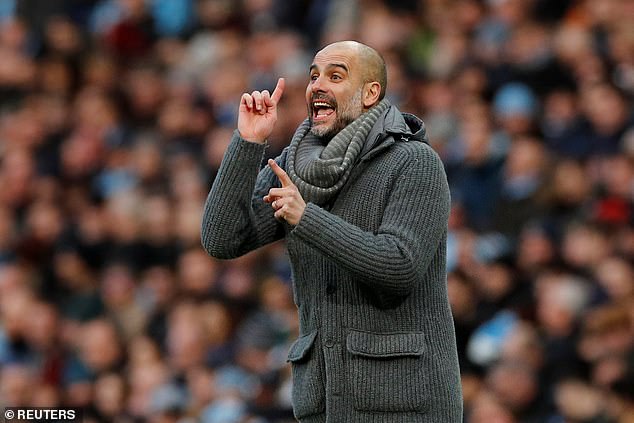 ‘We don’t love each other too much, the players and the staff. We don’t let them breathe, but it’s the only way. Nobody can say anything bad about us, because these guys work a lot. The more you win games, the more you have to work.

‘We have to maintain the level. We are competing with Tottenham and Liverpool. They’ve made the best starts in their history. Liverpool’s trophy room is much bigger than ours, so for us to still be there means a lot.’

Defeat by Newcastle a fortnight ago focused minds and Guardiola asked serious questions of his stars during a 30-minute dressing-room inquest. 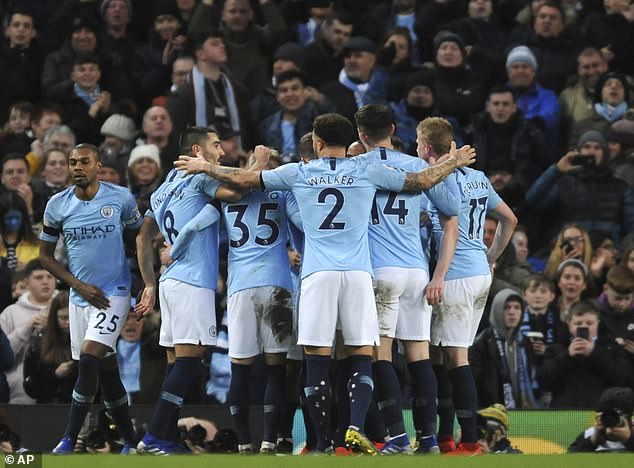 City reflected on their performances and Guardiola demanded more before they blitzed Arsenal, Everton and then Chelsea.

‘We spoke, held up the mirror and made it clear that after Newcastle, we had to work and prepare for Arsenal,’ Guardiola added.

‘Go game by game, that’s all. I’m proud we are there. Normally teams fall down after what we achieved last season. We are there and it’s nice. We’re pleased with the last week.’ 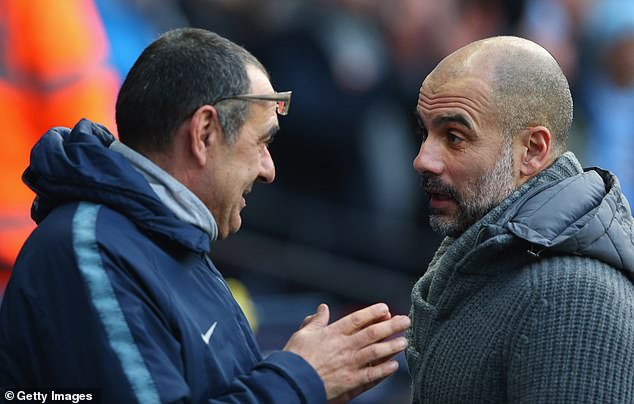 The City boss also claimed the scale of this win would only serve to make retaining the Carabao Cup harder. Guardiola believes the professionalism of Maurizio Sarri’s squad will shine through at Wembley on February 24.

‘The final was tough but now it’s even tougher. They will react. Today, the last 20 minutes of the first half we defended deeper than ever before. Chelsea create problems. ‘My players were outstanding. I’ve just said thank you to them for what they have done.’

Jadon Sancho, one of Europe’s hottest prospects, is back in town