It was about a month ago when Pep Guardiola dropped the first hint that he intended to stick around at Manchester City.

That was when he appointed his long-time ally Juan Manuel Lillo as assistant manager.

Why ask your friend to move his life to England if it was only likely to be short term? 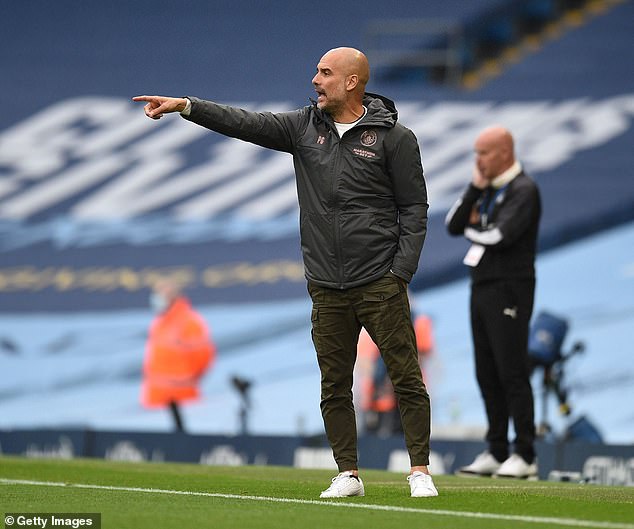 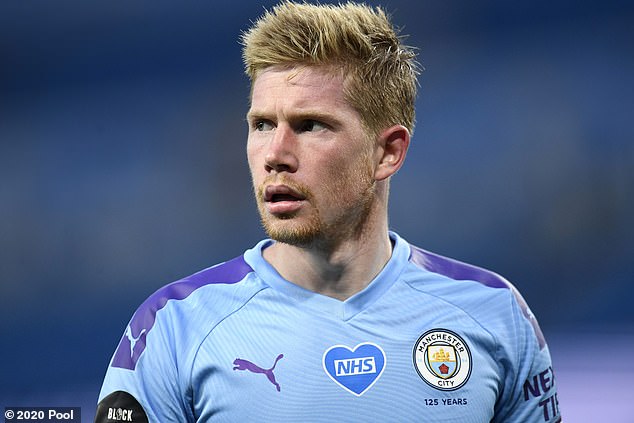 The perceived wisdom was that Guardiola’s future at City would be compromised by the club’s proposed exclusion from the Champions League. It is the only competition he has not won with his current club.

Equally, he has never appeared overly concerned by the matter. The Catalan maintained all along that he trusted his club to solve this problem for him and now, to the surprise of very few, it has been done.

On Monday he made a point of going to see executive and office staff at the club to thank them for the work they had done on the case. It was elbow bumps all round, apparently. 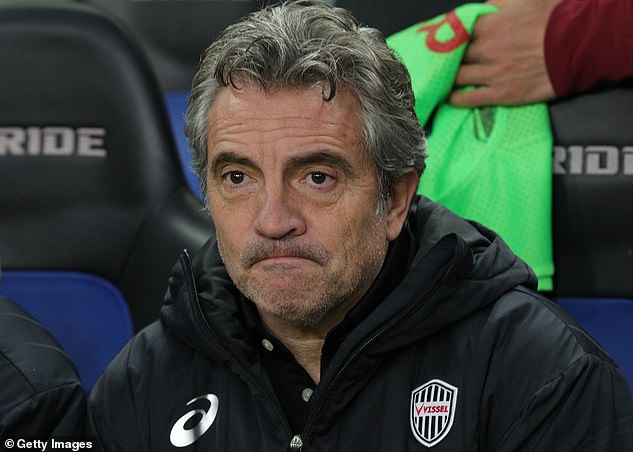 For Guardiola, at City the decks are clear once more. Now it is up to him. After four seasons in the Premier League, the 49-year-old can continue the process of building what would be his second great team at the Etihad Stadium.

This summer was always likely to feel pivotal for Guardiola.

His trophy haul at City — six and rising — is impressive enough, but underpinning all that has been familiar foundations provided, to varying degrees, by David Silva, Sergio Aguero, Vincent Kompany, Fernandinho, Kevin De Bruyne and Raheem Sterling.

They are all players signed by other coaches. Guardiola has already lost Kompany and Silva is due to leave the club when the current season ends. Aguero remains effective when fit — but for how long?

This has long felt like the time for Guardiola to move City into the next phase of his time in England. His team has just lost its English title by a mile and needs freshness and new impetus. The ruling by the Court of Arbitration for Sport has brought new clarity to that task. 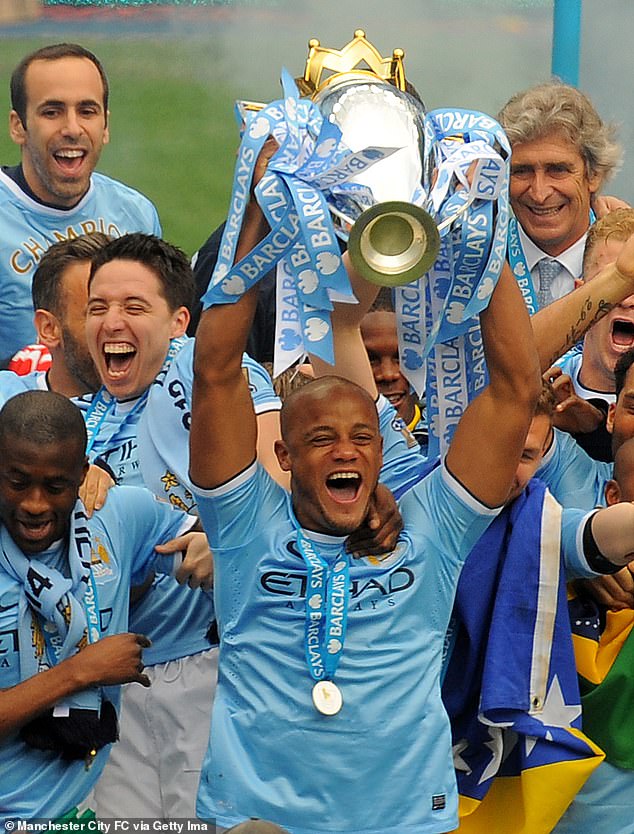 Having lost his captain Vincent Kompany, Guardiola will now construct another great team

Guardiola will be able to spend when the transfer market opens — and he will spend.

A new central defender is a necessity. City have conceded at a rate of a goal a game over the course of the season and that is too many. They also need a left back and, at some point, another centre forward to replace Aguero, now 32.

But, with crowds not expected back into football stadiums in time for the start of the next season, Guardiola’s overhaul may need to be a little more organic, and if that is the case, he is well set.

His team may be about to finish a distant second to the new champions but most of their football since the season restarted has served only to remind us just how devastatingly brilliant they can be.

City have scored five goals in three of their games and registered a four and a three in beatings of Liverpool and Arsenal. It has, at times, been a stunning exhibition of their strength. 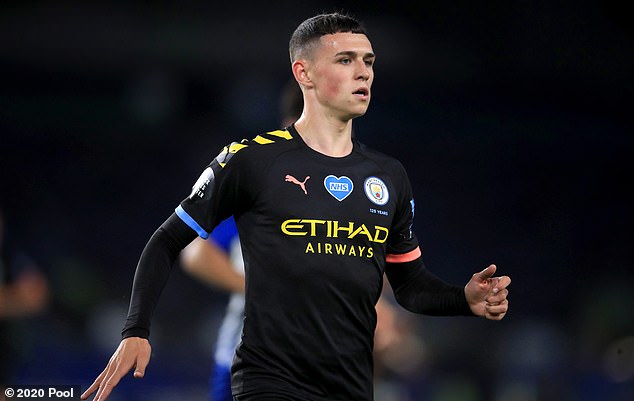 Key to much of that has been the acceleration in the development of young midfielder Phil Foden and, more specifically, his relationship with the magnificent De Bruyne.

The Belgian is a decent candidate for the Player of the Year honours. He has had another breathtaking season and watching him find space and angles in tandem with Foden in recent games has been to enjoy a small glimpse into what City’s future may look like.

This is the way that good football squads work. They evolve and weather setbacks such as injuries or retirements. The football remains the same in terms of style and effectiveness, it’s just the names on the back of the shirts that change.

Silva’s departure will be mourned and not just in Manchester. The Spaniard has been the most important contributor to City’s passage from old to new and when Guardiola talks of a statue for the 34-year-old, it should not be glibly dismissed.

During an era of fast-paced change at City, he has been absolutely fundamental. 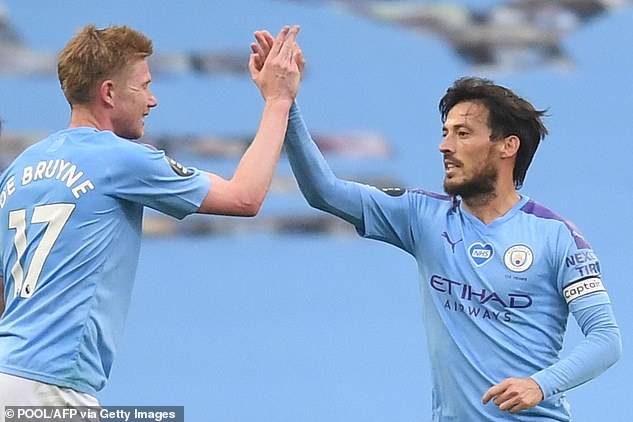 But Silva undoubtedly leaves at the right time, for his own career and for his club. His impact has waned over the last year or so while his namesake Bernardo has come to the fore and the Algerian Riyad Mahrez has found a little of his true form after a slow start following his transfer from Leicester City.

Reeling off these names serves on the one hand to underline the scale of Liverpool’s achievement in winning this year’s title but also to emphasise just how deep City’s reserves of talent go.

It sounds strange but they may be favourites for next year’s Premier League. Certainly, it feels as though Liverpool will have to hit similar heights next time round if they are to hold them at bay.

Guardiola still needs to win the Champions League with City. Part of him will feel unfulfilled if that doesn’t happen and it may be that next month’s mini-tournament in Lisbon presents him with his best opportunity yet.

Beyond that, the path to the re-invention of his team is now free of restraint. It already feels a little like the start of Guardiola’s second coming in Manchester. We should not be surprised he is staying.