‘I aim to beat this in 90 minutes with no extra time and penalties’: Mickey Thomas begins treatment for stomach cancer as ex-Manchester United star thanks fans after £13,500 is raised

Former Manchester United and Wales midfielder Mickey Thomas has revealed that he is beginning his ‘fight’ against stomach cancer on Monday.

The 64-year-old, who last week opened up on his diagnosis for the first time, will now begin treatment, with chemotherapy and an operation both required.

Thomas took to Twitter to keep fans up-to-date on his progress and even maintained his positive mind frame by joking that he wanted to beat the disease ‘in 90 minutes with no extra time and penalties’. 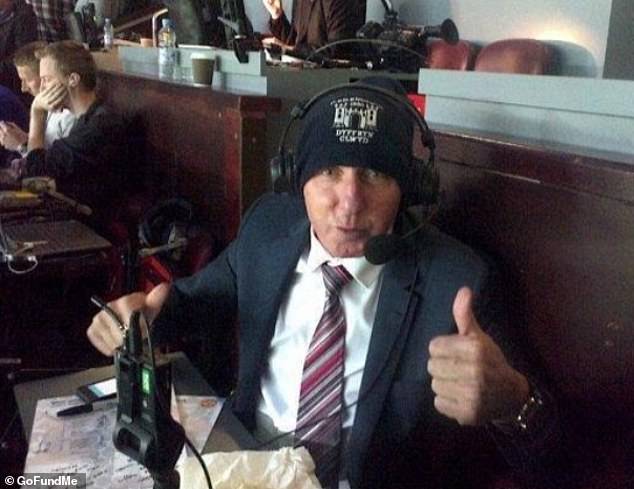 Nearly £13,500 has been raised online to help Thomas during his treatment for the disease 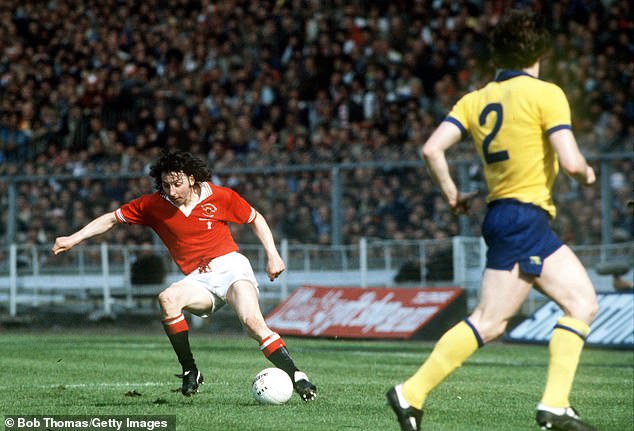 He wrote: ‘Hi everyone, today is the day I start my treatment and my fight back against the big C. I aim to beat this in 90 minutes with no extra time and penalties.

‘I have been blown away by the love, kindness and support I want to thank you all from the bottom of my heart.’

Thomas has received plenty of support on social media, while a fundraising campaign aimed at helping him financially has also proved a success.

Fans have raised over £13,500 of the £20,000 target on GoFundMe in just three days, with over 330 people making donations to the popular Welshman.

Thomas had revealed how he was having trouble swallowing his food and was suffering repeated cases of sickness which saw him referred to hospital, where a diagnosis was swiftly made. 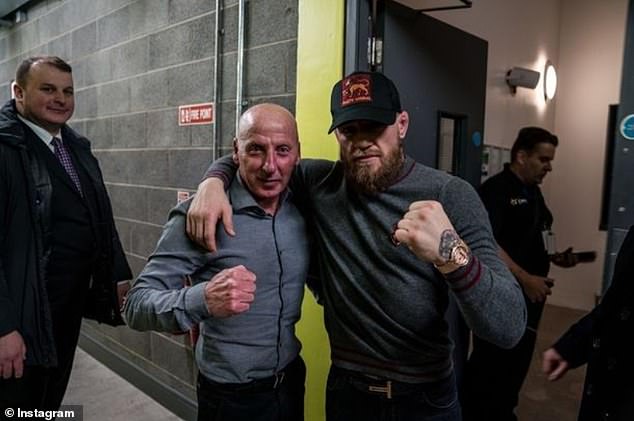 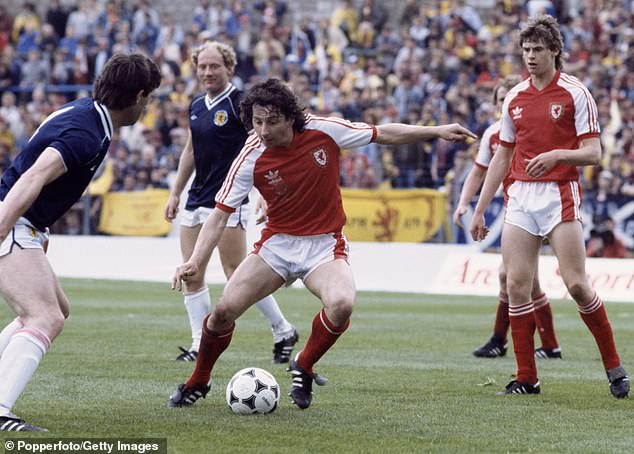 Thomas, pictured in action against Scotland in 1983, won 51 caps for Wales across 10 years

Speaking to WalesOnline last week, Thomas said: ‘I’ve got a serious problem. I know that and I’ve got a big fight ahead of me obviously.

‘It’s one that I’ve not foreseen coming, but obviously it’s happening and I’ve just got to get on with it. It’s quite scary so I’ve just got to wait and see. I’ve obviously got a lot of treatments to come and lots of chemotherapy and an operation to come as well.

‘I can only wait to see how I respond to that sort of treatment.’

Thomas played for over 20 years, representing the likes of Chelsea, Everton, West Brom and Stoke. He also earned 51 caps for Wales between 1976 and 1986. 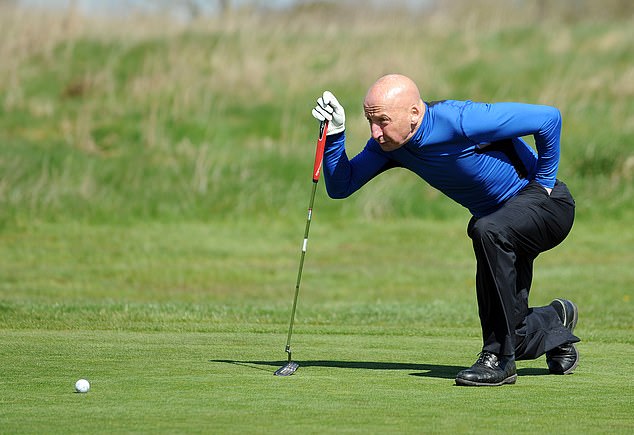 Thomas, pictured playing golf in 2012, admits he has a ‘big fight ahead’ to overcome the illness

Bournemouth vs Wolves LIVE – PLUS Premier League action Newcastle vs...