‘You ok bro?’: Manchester United star Marcus Rashford pokes fun at Rio Ferdinand’s hilarious reaction after the former defender was in awe of the striker’s goal for the Red Devils in their win over Crystal Palace

Marcus Rashford has poked fun at Manchester United legend Rio Ferdinand for his reaction to the striker’s goal against Crystal Palace on Thursday night.

The Red Devils won 2-0 at Selhurst Park and Rashford rounded off an excellent move with a clever skill and finish for the first goal.

This led to BT Sport pundit Ferdinand laughing as he said ‘Rashford sat him [the Palace defender] down’. 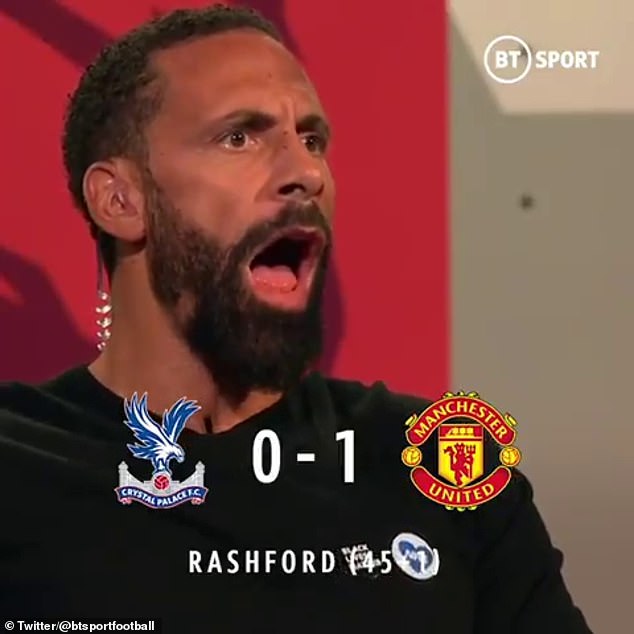 The England international replied to the video of Ferdinand’s reaction with ‘You ok bro?’

Ferdinand was also spotted applauding and telling Palace boss Roy Hodgson to ‘sit down’ after Jordan Ayew’s equaliser was disallowed by the Video Assistant Referee (VAR) for offside.

The ex-United star was ecstatic again when Martial made it 2-0 to United in the second half.

He said: ‘Oh my god, what a goal. Nah the touch from Rashford.’ 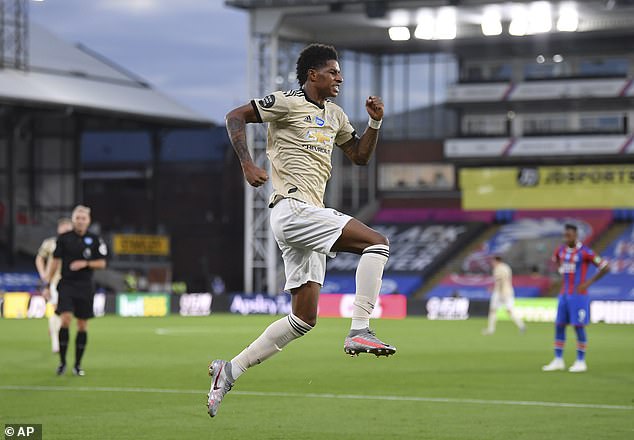 Rashford came across the video uploaded to Twitter by BT Sport and responded to Ferdinand saying, ‘You ok bro?’ with a laughing emoji.

The England international was delighted that United bounced back from a 2-2 draw at home to Southampton as they look to seal a Champions League spot next season.

The England forward told BT Sport: ‘Every game for us now is a big game. 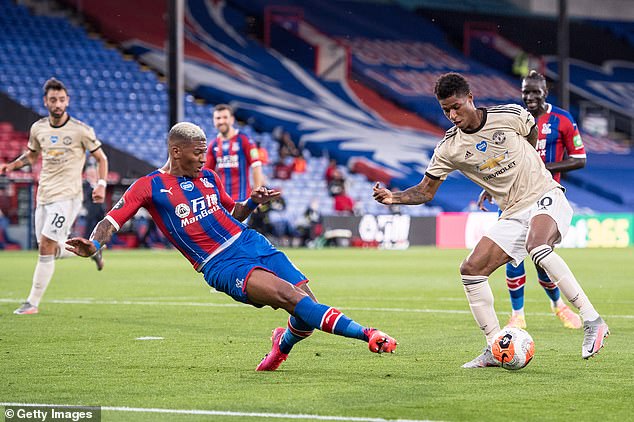 ‘These kind of victories you get a lot out of as a team. We’ve had to work hard to get a result.

‘We’re improving and that’s the reason why we’ve scored so many goals in the last few games.’

Ole Gunnar Solskjaer’s side sit fifth only behind fourth-placed Leicester City in fourth on goal difference and a point behind third-placed Chelsea.

United face Chelsea in their FA Cup semi-final clash on Sunday before their last two league games against West Ham at Old Trafford and Leicester at the King Power Stadium. 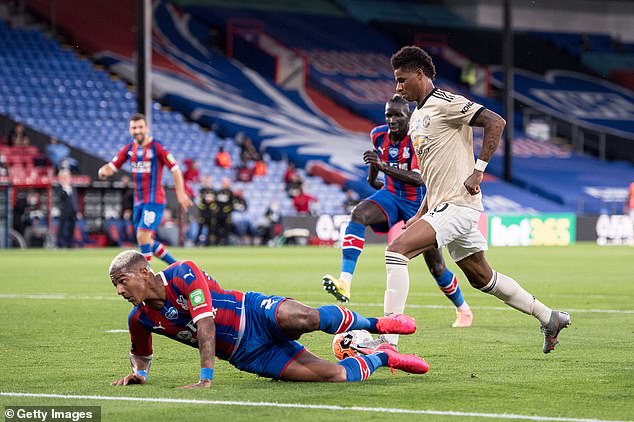 It was a terrific, composed finish by the United striker to give the visitors the lead on Thursday