Pep Guardiola admits that Kevin De Bruyne is no longer a guaranteed starter for Manchester City and cannot rest on his past success.

The Belgium star has endured an injury-hit season after twice damaging knee ligaments, making just 18 appearances in all competitions, and was a late substitute in Wednesday’s win at Everton.

In fact, City’s current player of the year has started only four Premier League games this season having been involved in 37 of City’s 38-game title-winning campaign last season, starting 36 times. 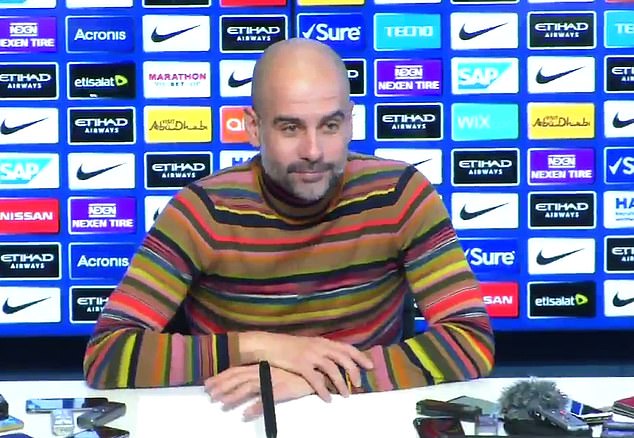 De Bruyne could return to the line-up when City face Chelsea at the Etihad on Sunday, but with Ilkay Gundogan and Bernardo Silva in such good form he could miss out again.

‘Maybe, yeah, it’s quite possible,’ said Guardiola. ‘Everyone knows it’s possible or not possible. At the end, we judge the players for who they are but they are there to perform. There are times when team-mates are in better condition. In football, what you have done in the past you have to do in the future.

‘We play another game and some important players are not going to play.’ 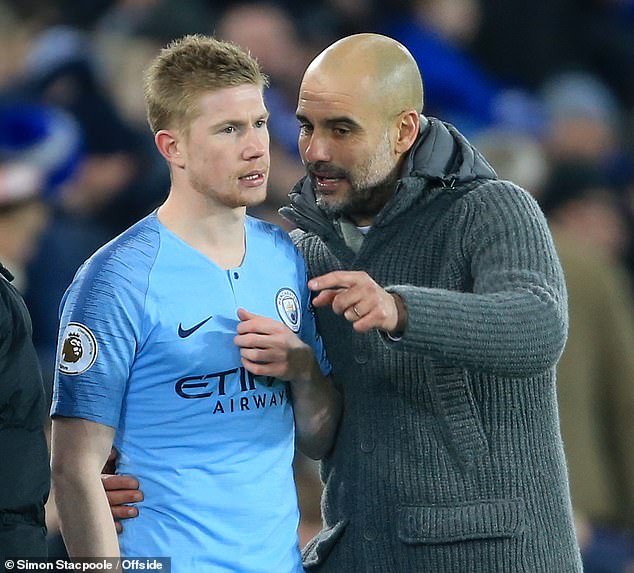 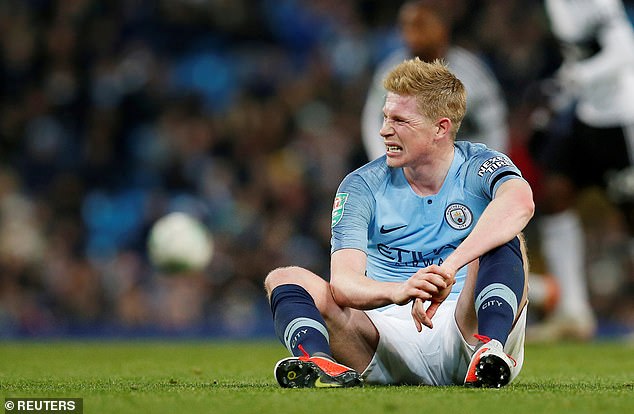 The City midfielder twice damaged knee ligaments this season, most recently in November

Guardiola is expecting another tough game at the end of a week that has seen City beat both Arsenal and Everton to top of the Premier League ahead of Liverpool on goal difference.

‘We have played one more game than Liverpool, Tottenham and Chelsea. When they equalise we see what happens, but a few days ago it was seven points and now we are in this position. There are 12 games left and a lot of points.

‘We arrive with good players and good clubs and everyone must work and create something. My feeling was at the Community Shield (against Chelsea) they had done many things and already there.

‘The season for them is exceptional – final of the Carabao Cup, Europa League through and in the Premier League they are there, even if people don’t believe it. They have a chance to be champions – nine points (behind) but a lot of games to play. In the cup they are still in. I see how they play and recognise what they want to do.

‘Maybe other people don’t see what they want to do. You see the team and the players on the bench. It’s Chelsea, they have midfielders who are the best in the world, good keeper, experienced defenders, organised. I have a lot of respect. It’s a final for us, and we have to play it.’ 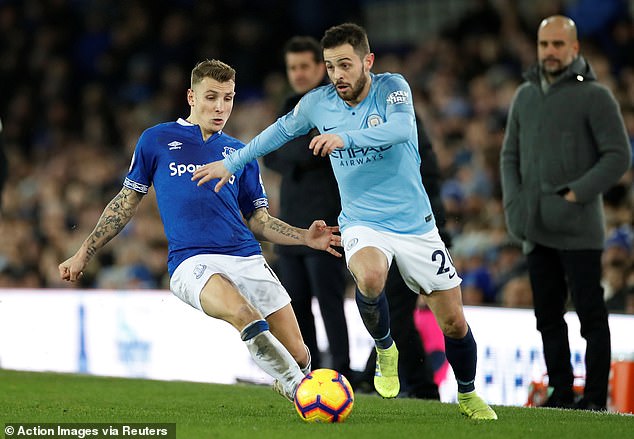 David Luiz admits going from title contenders to also-rans is a...