Laurie Whitwell for the Daily Mail

Leicester City will try to persuade Brendan Rodgers to leave Celtic before the end of the season after sacking Claude Puel.

Rodgers is reluctant to walk away from Parkhead now with Celtic on course for a treble of trebles under him, but Leicester have made the former Liverpool manager their top target.

Leicester are not dissuaded by a compensation fee believed to total £5million and would like Rodgers to succeed Puel as soon as possible to ensure their season finishes positively. 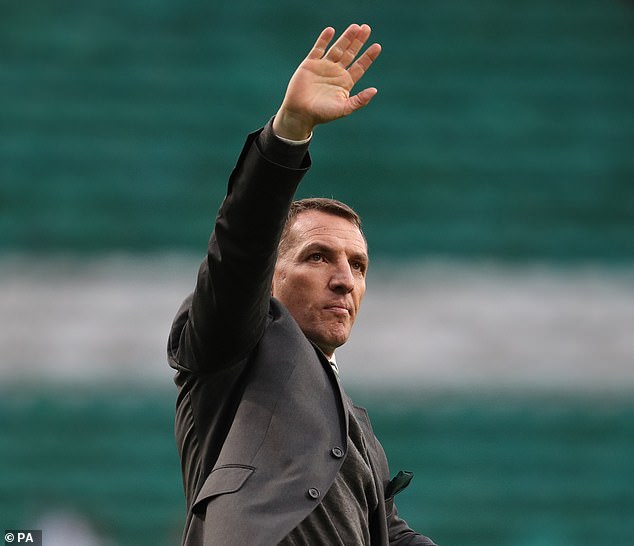 Sportsmail first reported Leicester’s interest in the 46-year-old before Christmas, when tentative enquiries were made, but Puel survived with victories over Chelsea and Manchester City.

But Leicester’s run since New Year’s Day has prompted Aiyawatt Srivaddhanaprabha into action, and the vice-chairman, known as Top, ordered Puel’s dismissal on Sunday morning after watching the 4-1 home defeat by Crystal Palace from Thailand.

Puel was called to a meeting with director of football Jon Rudkin and told his fate. The Frenchman said his goodbyes at the club’s training ground. 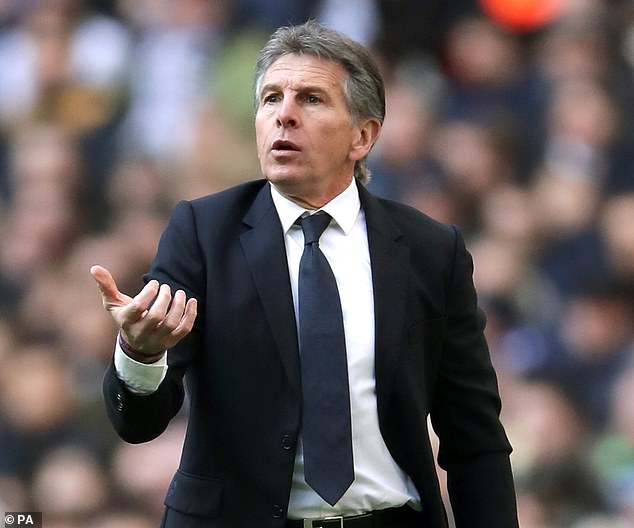 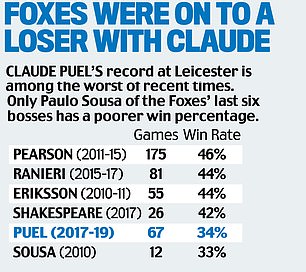 Top had hoped to wait until the summer before making a decision on Puel, unwilling to add upheaval after the trauma of his father Vichai’s death, but results and the mood forced his hand.

As previously reported by Sportsmail, Puel’s relationship with his players and staff had hit rock bottom, with issues over communication, team selections and training. Motivation was a major problem under the quietly spoken 57-year-old, with sessions at Belvoir Drive described as laborious and dull.

There were questions as to whether the heavy workload late in the week contributed to sluggish starts — Leicester have gone behind in 19 of their 27 Premier League games — and Puel’s silence in the dressing room after the loss to Palace was noted. 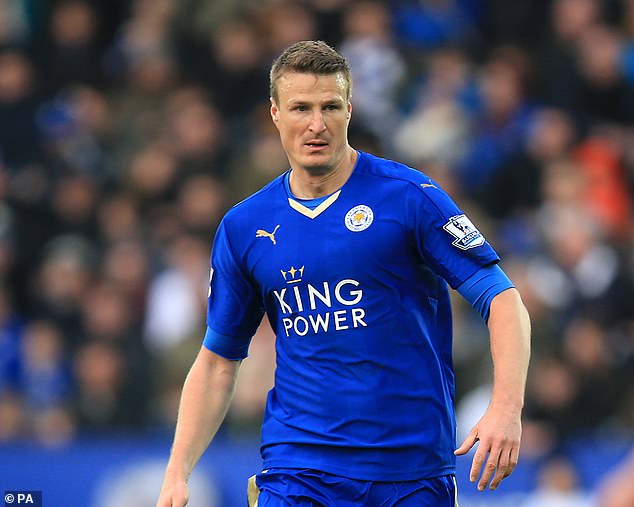 Robert Huth, a title-winner who left last summer, told BBC RadioLeicester: ‘We had managers before who were really energetic, with positive vibes. When he came in it was pretty much the opposite. It was almost like he was working against the players.

‘You need someone to set high standards for you. I don’t suppose there will be too many disappointed players after they heard the news.’

Puel has been lauded for bringing through young players, but his decisions to drop some without explanation is alleged to have drained confidence. Kelechi Iheanacho was said to have been visibly upset at a rare outburst from Puel after a recent match.

Ultimately though, the results have condemned Puel. Leicester have lost seven out of nine games and are one of only three clubs in the top four divisions to have failed to win since New Year’s Day. Defeat by Palace was the fourth home loss in a row, including reverses to Southampton and Cardiff, and fans responded by leaving early.

The aim was to qualify for Europe this season but that looks remote with Leicester 12th. 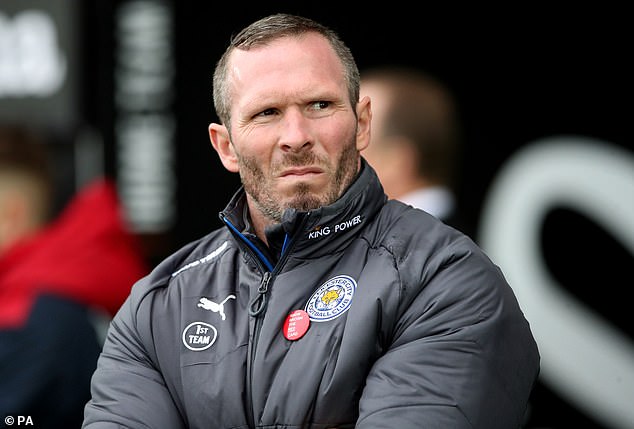 Assistant manager Jacky Bonnevay has also left, so coaches Mike Stowell and Adam Sadler will be in the dugout for Tuesday’s match against Brighton. Appointing an interim manager is possible, with former assistant Michael Appleton one option.

Celtic beat Motherwell on Sunday and Rodgers said: ‘My job is to concentrate on the football aspect and that is with Celtic. I’ve been stood here for two-and-a-half years and I’ve been asked similar questions. My message is always very, very clear — I’m very concentrated on the game.’

Former Celtic defender David Moyes is a contender for the Parkhead job if Rodgers leaves.

Celtic have tried to lure Moyes back to Glasgow before and it is believed the 55-year-old, who has been out of work since leaving West Ham last summer, would now be interested in the post.

Savea to carry on training with Toulon despite president telling him...