Kilmarnock midfielder Alan Power has escaped an SFA ban for a head-high challenge on Ryan Jack of Rangers.

Power was booked by referee Alan Muir for a reckless challenge on the Ibrox midfielder during a goalless Scottish Cup draw at Rugby Park on Friday night.

SFA compliance officer Clare Whyte reviewed the incident and decided no action is required, meaning the Irishman is free to face Celtic in the Premiership on Sunday. 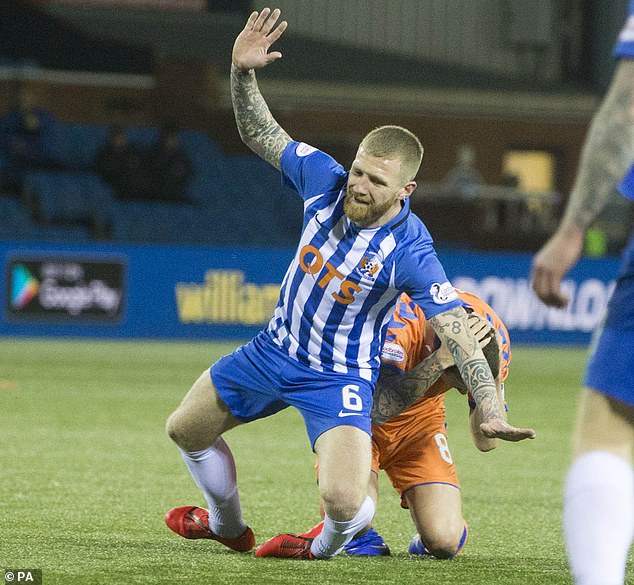 Power’s escape will infuriate Rangers further after Allan McGregor *was* retrospectively charged for a challenge on Aberdeen’s Lewis Ferguson.

The Ibrox club appealed against the two-match ban, with the Scotland goalkeeper set to learn his fate at the hands of an SFA judicial hearing today after Rangers requested a 24-hour delay.

Speaking after Friday night’s match, Ibrox boss Steven Gerrard said of the Power challenge: ‘I’ll be interested to see if there is a citing. 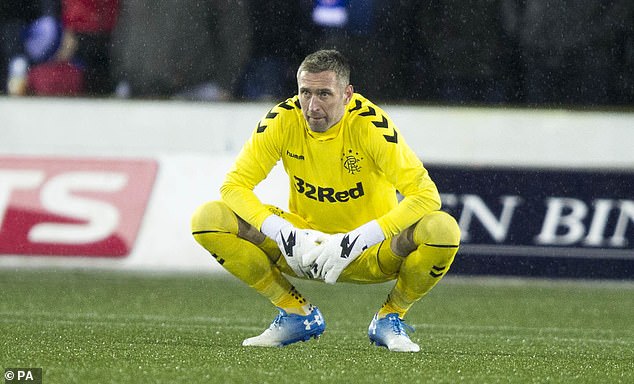 Rangers’ Allan McGregor was retrospectively charged for a challenge against Aberdeen

‘I don’t know who points the citings out, but I’ll be interested to see what happens.’ Rangers lost an appeal against a red card for Alfredo Morelos in the 4-2 win over Aberdeen with the Colombian handed a three game ban.

‘I just hope moving forward we can find some consistency,’ added Gerrard.

Former Rangers captain Barry Ferguson believed a booking for the Killie midfielder was the *right* verdict, telling the PLZSoccer Football Show: ‘Regarding Power’s challenge it’s one of those ones. Do I honestly think he meant to go in and hurt Ryan Jack? I honestly don’t. 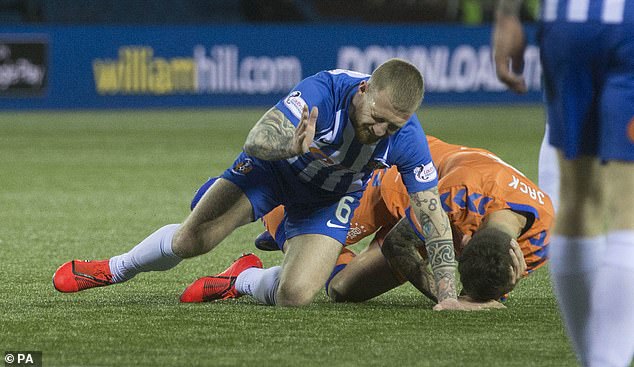 After the incident was reviewed, the Irishman is free to face Celtic in the league on Sunday

‘I think a booking was enough. I know it looked a bit of a nasty challenge but, for me, I don’t think he has gone in there to try and boot him in the face.

‘I think a yellow card is sufficient.’

A hearing for Hibernian’s Darnell Johnson *did* go ahead and the defender will sit out games against Hamilton and Dundee after his appeal against suspension for a challenge on Celtic’s Emilio Izaguirre was dismissed. 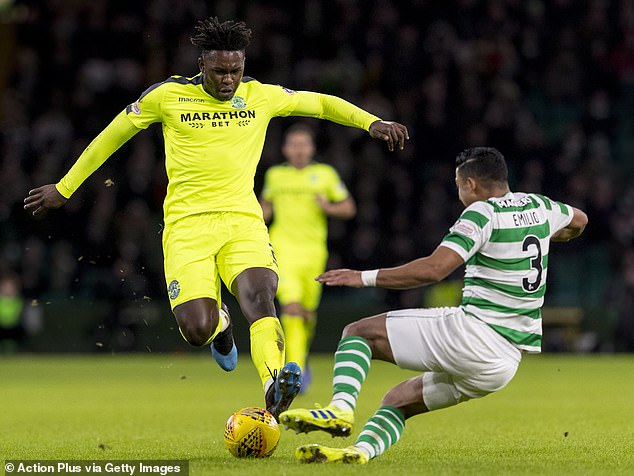 Saints boss Oran Kearney admitted he would have had no complaints if McGinn’s yellow card had been upgraded to a red after conceding the incident ‘didn’t look good’.

Echoing a growing view that the compliance officer is now creating miscarriages of justice rather than fixing them, former Rangers midfielder Alex Rae took to Twitter to brand the system a ‘free for all’ before calling for an overhaul.

‘No further action to be taken against Alan Power, who boots a player on the head endangering his safety,’ said Rae.

‘Paul McGinn smashes a player with his arm and also endangers his safety. This system needs a serious overhaul, it’s a free for all and lacks consistency.’

BT Sport pundit and former Celtic striker Chris Sutton tweeted: ‘Scotland the only country in world football where you can kick someone in head and elbow someone deliberately in most people’s eyes and get let off… the compliance officer needs a compliance officer.’