‘It’s a very exciting time for Chelsea fans’: Joe Cole fancies his former club to challenge for Premier League title as he claims he ‘can see Frank Lampard’s personality’ in the team

By Ieuan Ivett For Mailonline

Former Chelsea midfielder Joe Cole has backed his old club to challenge for the Premier League title this season.

Frank Lampard‘s side cruised to a 2-0 victory against Newcastle at St James’ Park after a cool finish from striker Tammy Abraham and an own goal from Federico Fernandez.

The Blues spent a lot of money during the summer transfer window on signings such as Timo Werner, Kai Havertz and Ben Chilwell. 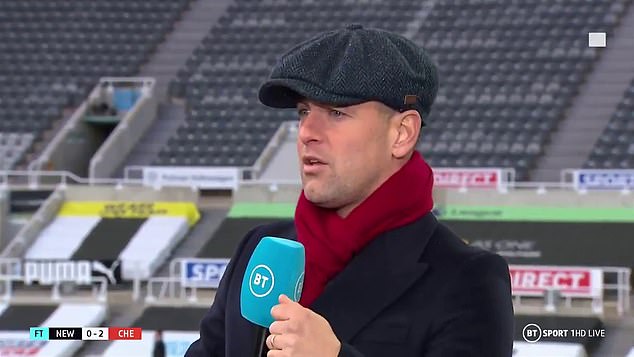 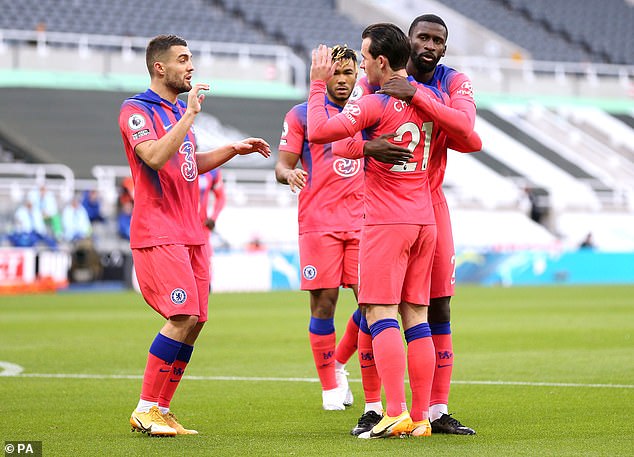 Cole praised the bosses at Stamford Bridge for their summer business and believes that Chelsea will be in the running to win the Premier League title.

Speaking on their squad depth, Cole told BT Sport: ‘You look at it, you have (Christian) Pulisic, and Havertz as well to throw back into the mix, it’s an embarrassment of riches’

‘And it has been built the right way. The structure has gone in place, the style of play, the methodology that Frank wants to play.

‘The biggest credit you can pay Frank, you can see his personality on the team.

‘You can see that work ethic, that togetherness, that relentlessness and he has implemented that. It’s just a very, very exciting time for Chelsea fans.’

The victory saw Chelsea top the table for the first time under Lampard but the Chelsea boss insisted he would not get carried away with the situation.

After the match, Lampard said: ‘It’s not an easy game. We played well in patches and the result is key in these games. The Premier League is tough, relentless, and we dealt with the challenge of the game very well.

‘I won’t get excited about being top of the table for five minutes. It’s important to be humble and know it’s a long race.’