Huddersfield boss Jan Siewert insisted he has not given up on Premier League survival after his side’s 1-0 home win against Wolves.

Steve Mounie struck in stoppage time to clinch the Terriers’ first win since November and their first points under Siewert, who lost his first four games in charge.

Huddersfield, cast adrift at the foot of the table after registering one point from their previous 14 matches, are now 11 points from safety with 10 games to play. 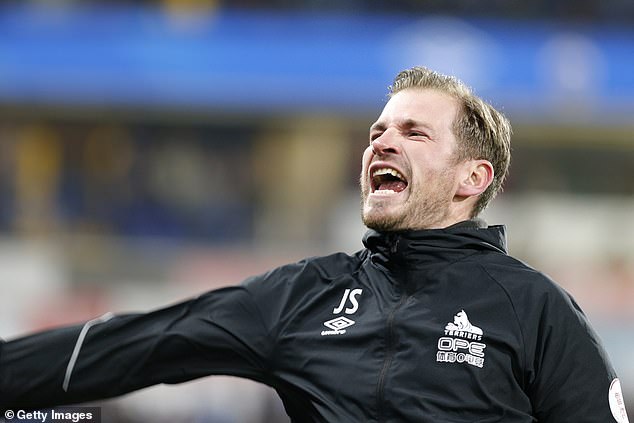 ‘I told you right from the beginning,’ Siewert said. ‘I know that it won’t be easy, but we’ll keep on fighting.

Mounie’s last-gasp winner was no more than Siewert’s revamped side deserved.

‘I’m so proud this evening, so proud to be part of the Huddersfield family and the players, the staff, everyone, they deserve it so much,’ Siewert said.

‘You couldn’t believe how much we have suffered these last few weeks, with the unlucky moments. 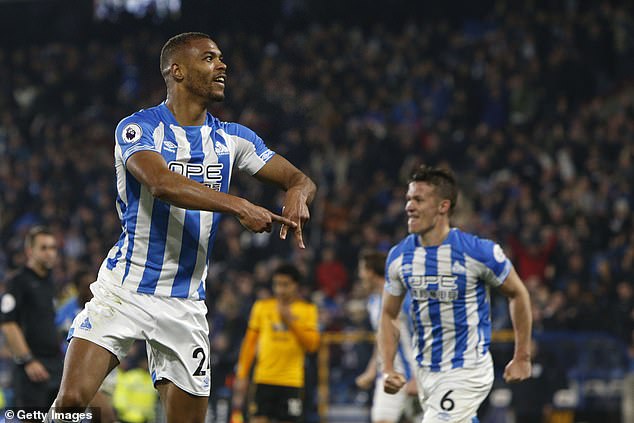 ‘But the fight comes first in the game and they really showed it today. I really enjoyed celebrating after the game.’

Huddersfield clinched their third league win of the season, but Siewert quickly turned his attentions to Saturday’s game at Brighton.

Asked if he would celebrate, the German added: ‘Maybe a bit, maybe just one beer. Maybe two. But look at the time.

‘On Saturday there is a game and there’s still something possible, so we have to keep on working.’

Wolves slipped to their first league defeat in six matches and missed the chance to climb seventh in the table. 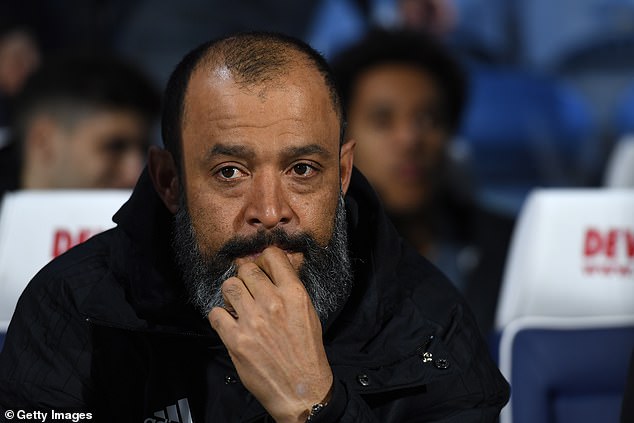 But Nuno Espirito Santo refused to criticise his players despite conceding they were well below par.

‘It was not one of the best performances, but I have no complaints. What do you mean about complaints?’ he said.

‘We didn’t play so good. The first half, we created a couple of situations, but not enough.

‘In the second half we were not so clinical and no shots on goal. We didn’t play good. Credit to Huddersfield.

‘They were organised and they won, so congratulations to them. We have to react, work harder and try again on Saturday.’