‘Home advantage is big… we need everyone behind us’: Jan Vertonghen wants Tottenham fans to pack Wembley for Borussia Dortmund clash

Jan Vertonghen urged Tottenham supporters to pack Wembley once again and roar the team into the last eight of the Champions League.

Spurs fans have cooled on the Wembley experience as the move into the new £850million stadium at White Hart Lane has been delayed.

Fewer than 30,000 turned out for the Premier League game against Watford last month but a big crowd is predicted against Borussia Dortmund on Wednesday as Mauricio Pochettino’s team return to European competition. 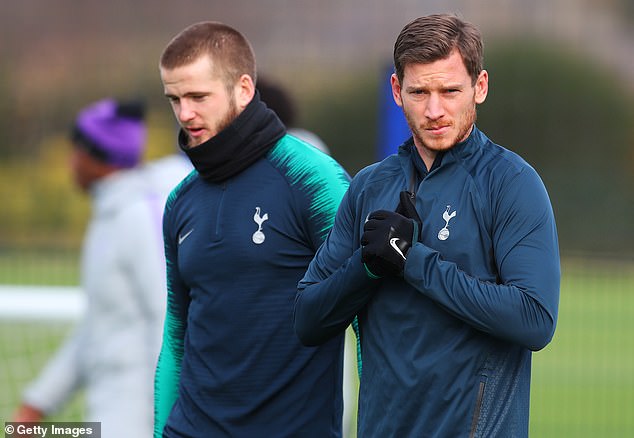 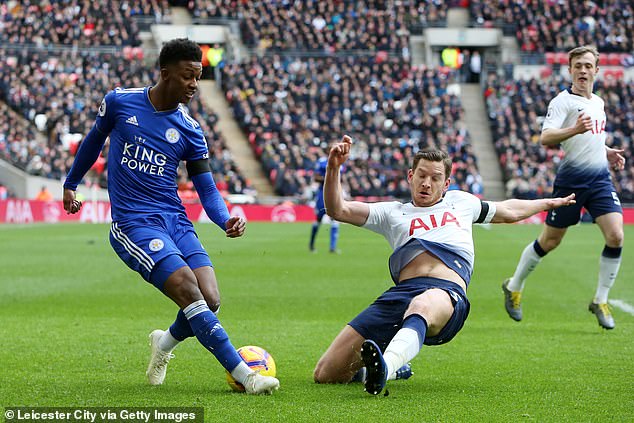 Spurs played against Leicester with less than 30,000 supporters in attendance

‘It’s very important,’ said Vertonghen. ‘It helps when the stadium is full and rocking and we will see that. It is a great fixture and that’s what we became footballers for, to play these games at Wembley, one of the best stadiums in the world.

‘We had some great games there last season and definitely need that again. It gives you a great lift. The first leg is at home. We need everyone behind us and it might give us an extra boost.

‘Home advantage is something big in the knock-out phase of the Champions League.’

Centre-half Vertonghen is ready to deputise at left-back against Dortmund on Wednesday, as he did against Newcastle recently. 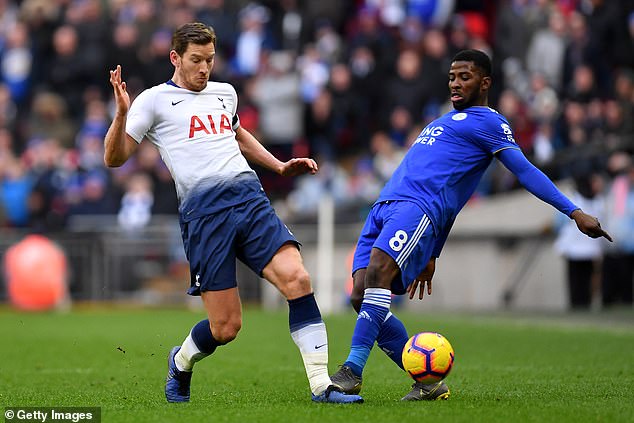 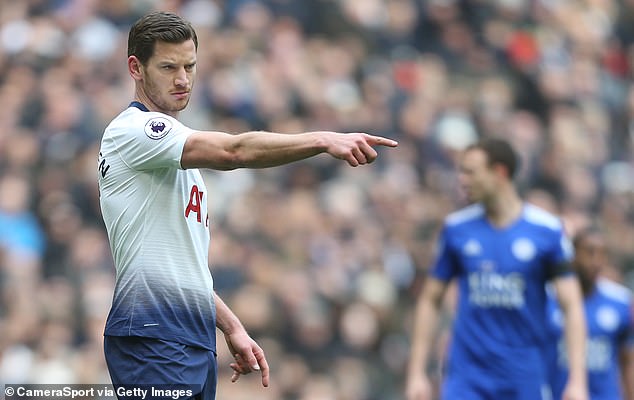 Ben Davies is still ruled out with a groin injury and Pochettino has revealed Danny Rose is not fit enough to start after suffering a gash across a shin against Leicester on Sunday.

‘I’m always available for any position where the team needs me,’ said Vertonghen. ‘Obviously there’s some difference between the positions. As a centre-back everyone knows the way I play and as a left-back I try to do it my way.

‘I’m different to Danny Rose or Ben Davies but I’ve played there so many times with Belgium at the start of my career and I think I can do it in a way to suit the team.’

Yachvili reveals Twickenham secret! I kicked France to glory with a...