A lacklustre start for Golden State turned into a frantic finish and another win thanks to a big shooting night from Keven Durant.

Durant hit a game-tying three-pointer in the final minute as part of a 39-point night and DeMarcus Cousins made two free throws with 5.4 seconds to play that helped the Warriors cap a comeback from a 19-point deficit in the first quarter to beat the Miami Heat 120-118 on Sunday.

‘We started off sluggish,’ Durant said. ‘They made shots, they were excited to play against us. We treated it like it was a Sunday walk in the park. … After a while we just locked in.’ 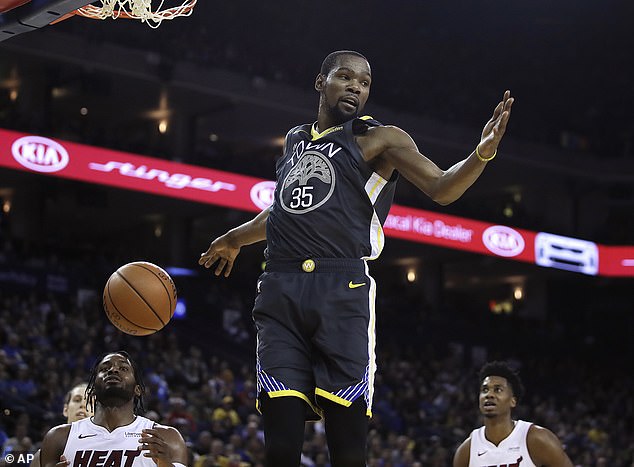 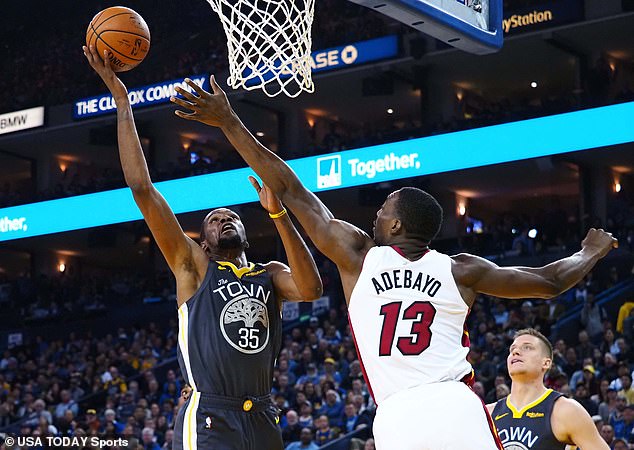 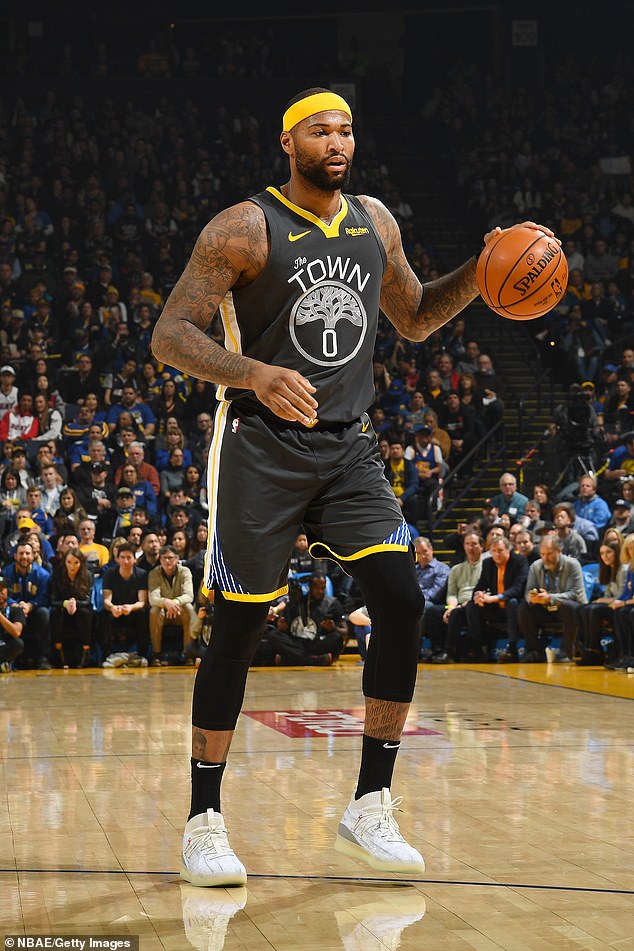 DeMarcus Cousins made two free throws with 5.4 seconds to play to help the Warriors win

Durant was a big reason why, scoring 11 straight points for Golden State down the stretch before finally missing a late three-pointer that Cousins corralled for a rebound and drew a foul on the put-back attempt that gave the Warriors their 11th double-digit comeback of the season, and second straight after rallying from 17 points down in the first quarter Friday in Phoenix.

The Heat were upset because they believed Durant double-dribbled before that late attempt and that there was a 28-8 free throw disparity in Golden State’s favor.

‘Those are tough calls to make, but everybody saw it. It’s right there in front of everybody,’ Heat coach Eric Spoelstra said of Durant losing the handle and starting to dribble again. ‘That should be a violation and you can’t miss those calls. But we had our chances, it was back and forth.’

Miami overcame an eight-point deficit in the fourth quarter to tie the game on a three-pointer by Justise Winslow. Josh Richardson and Dwyane Wade then had back-to-back steals and layups to put the Heat up 118-115 with 51.5 seconds to play.

Durant then tied it with a three-pointer and Cousins made his big shots after both teams missed from long range to give the Warriors their 15th win in 16 games. 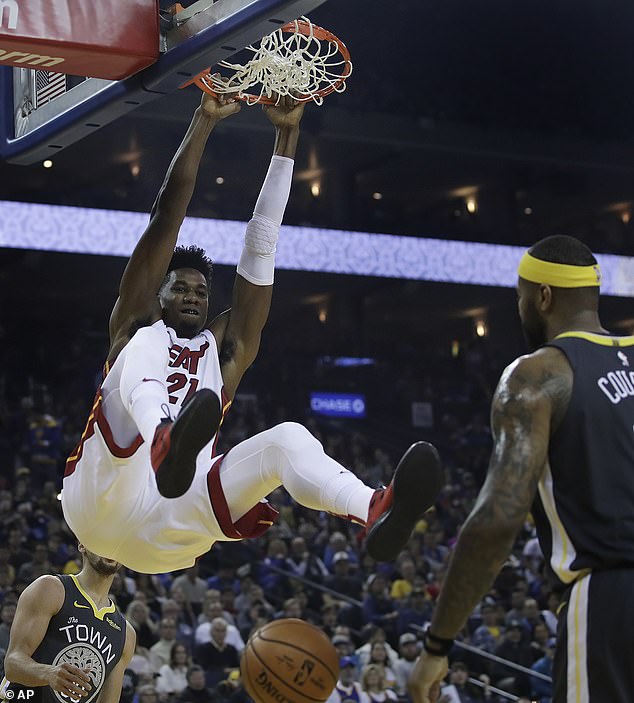 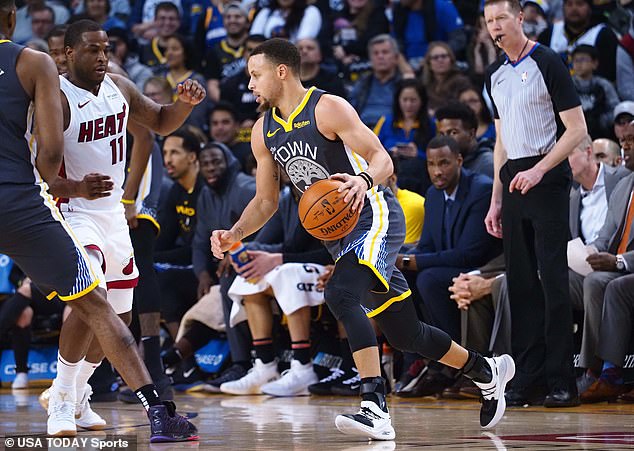 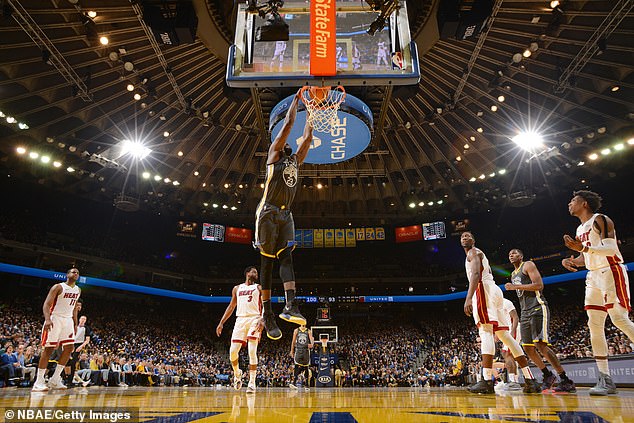 ‘I was really happy that he was out there at the end of the game,’ coach Steve Kerr said of Cousins, playing his 10th game for Golden State. ‘It’s good experiences for him because he hasn’t been out there much since he’s come back to close games.’

Richardson finished with a career-high 37 points with help from eight three-pointers. Waiters added 24 and Winslow had 22 in Miami’s fifth loss in six games.

‘No moral victories really in this game, but we played pretty well and we lost a close one,’ Winslow said. ‘Some things were out of our control, but the way we competed was what you like to see out of a team.’

The Heat went on a 24-2 run early in the first quarter and quickly built a 19-point lead against the slow-starting Warriors. But Golden State scored the final six points of the frame to cut the deficit to 10 points after one.

The Warriors went on a 12-0 run early in the third quarter starting with a three-pointer from Curry to take a 66-61 lead and the game stayed close from there.