By Amitai Winehouse For Mailonline and Reuters Reporter

Nani scored deep into stoppage time to give Orlando City a 2-1 win over Florida rivals Inter Miami on Wednesday as Major League Soccer returned after a four-month shutdown due to the COVID-19 pandemic.

The former Manchester United winger scored from close range to give Orlando the three points in the group stage of the ‘MLS is Back’ tournament.

Expansion team Miami, part-owned by former England captain David Beckham, went ahead early in the second half through Juan Agudelo but the game changed when their defender Andres Reyes took an elbow to the face and was taken off on a stretcher. 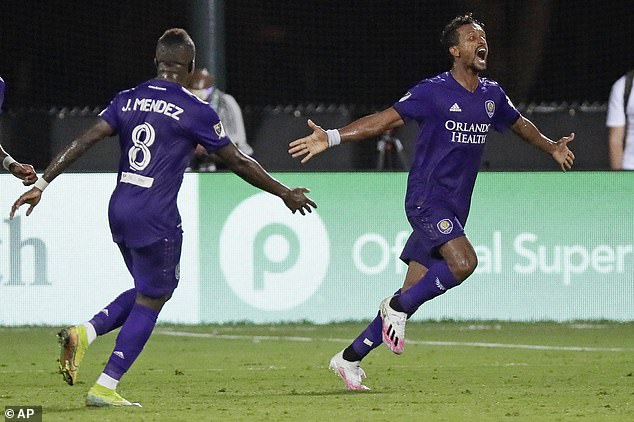 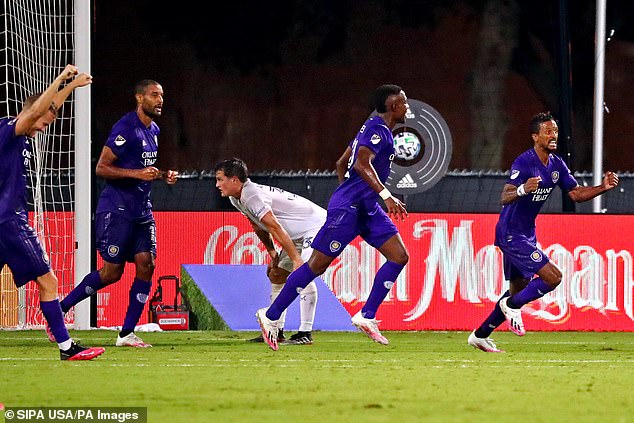 Nani passed to Christopher Mueller for the equaliser in the 70th minute before the Portuguese delivered a late winner in the 97th minute.

The match marked the first major US men’s team sports competition since the pandemic hit and may be best remembered by the players’ protest against racial injustice.

Players raised their gloved right fists and took a knee in solidarity with the ‘Black Lives Matter’ movement prior to the start of Wednesday’s match. 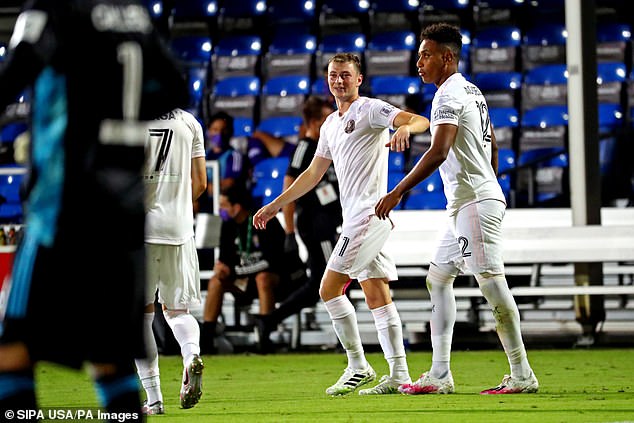 Stars from teams across the league – not just the two competing on Wednesday – walked onto the pitch wearing black gloves, face masks and t-shirts related to the movement before their silent demonstration.

They stood around the field while the two teams competing in the game kneeled in the centre circle, with the protest lasting over five minutes.

The tournament, being held without fans inside a bio-secure ‘bubble’ at the Disney Wide World of Sports Complex near Orlando, has had a stuttering start. 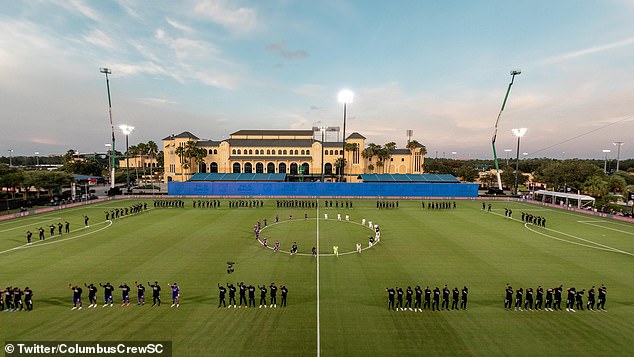 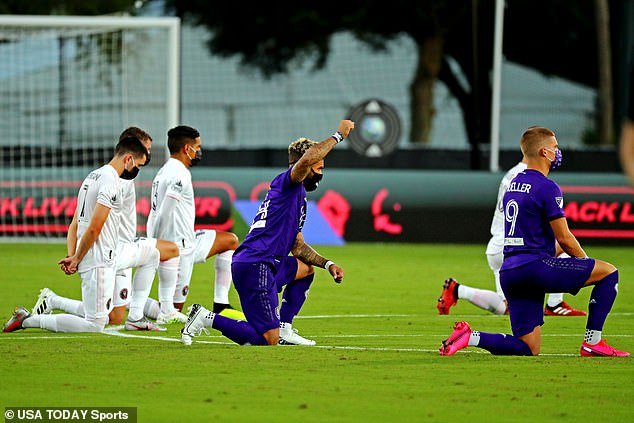 All 26 MLS clubs were set to take part until FC Dallas were withdrawn on Monday after 10 players and a staff member tested positive for the coronavirus.

On Tuesday, the Vancouver Whitecaps announced five members of the team would not make the trip to Orlando due to coronavirus concerns.

Those same concerns led LAFC’s Carlos Vela, the league’s reigning MVP, to opt out of the tournament on Monday. 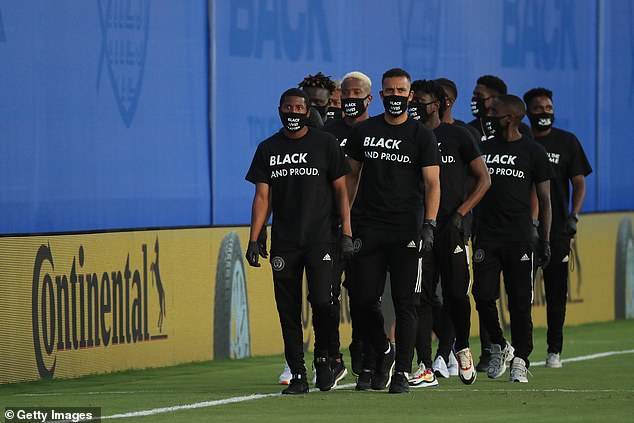 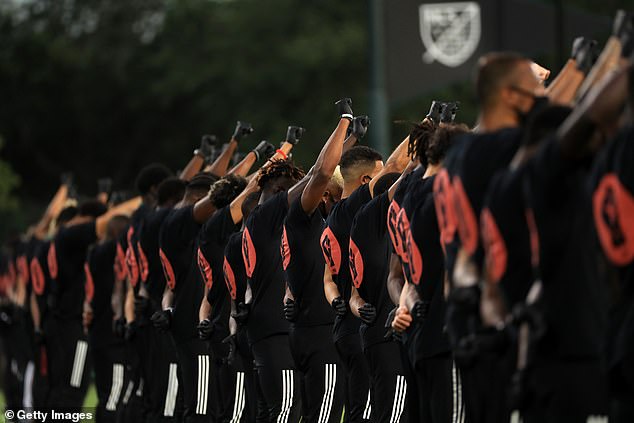 WORLD OF GOLF: Tiger Woods and Rory McIlroy are masters of disaster as Augusta looms

Wimbledon WILL go ahead next year even if it takes place...