1. Alex Morgan thought she’d had the last laugh with her cup of tea celebration when she scored against England in the World Cup last summer. She looked in dire need of that hot drink when wrapped up in the bitterly cold Borehamwood stands as her new side Tottenham lost 4-0 to Arsenal in the FA Cup.

‘You’ve got to take these sorts of conditions when you come to England,’ said Spurs co-manager Karen Hills. A low-key start maybe — Morgan was an unused sub — but the commercial value of her arrival has been immediate.

Images of her in Spurs gear on day one of training have been retweeted 2,300 times and liked 36,000 times, to the delight of kit sponsor AIA. Morgan’s tweets promoting two of her corporate sponsors, Hublot and VW, pale by comparison.

Morgan told Jose Mourinho ‘I think I’m ready’ when the cameras captured their first conversation. Even for Morgan, Sunday’s visit to Manchester City would be a baptism of fire. 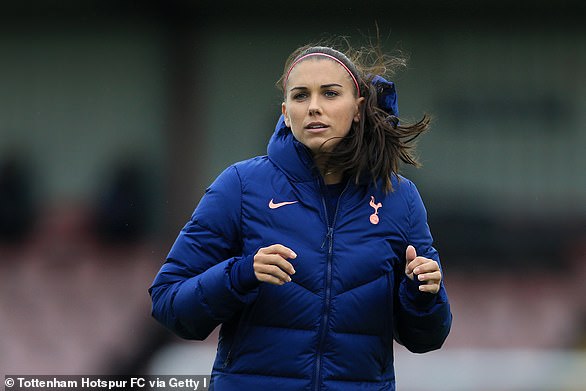 2.  For Manchester United, a new incentive to follow in the footsteps of Everton, Brighton and Chelsea by staging women’s games at their stadiums.

Their new American signing Tobin Heath recalled last week playing for the USA against Canada in an ‘epic’ 2012 Olympics game there which saw her side trail three times and still win.

‘It’s just such an iconic venue for any footballer,’ she said. United have no plans for a WSL game at Old Trafford, but the value to the club’s brand of doing so would be monumental. 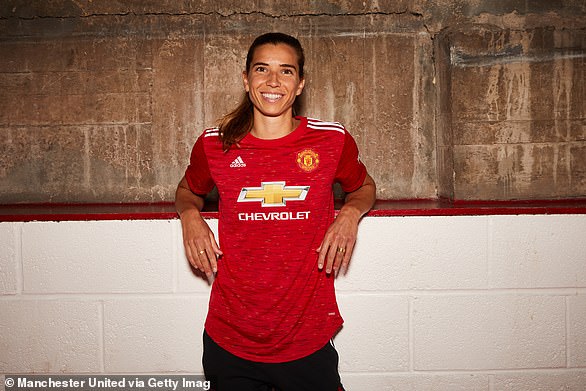 3. Everton managers yearning to play Liverpool have been thin on the ground in recent years, but Willie Kirk misses the rivalry now the Reds are in the second tier.

‘Maybe it’s because I’ve got quite a decent record in the derbies. It’s the first fixture you look for,’ he says.

The two are in the same Continental League Cup group and meet on November 18. 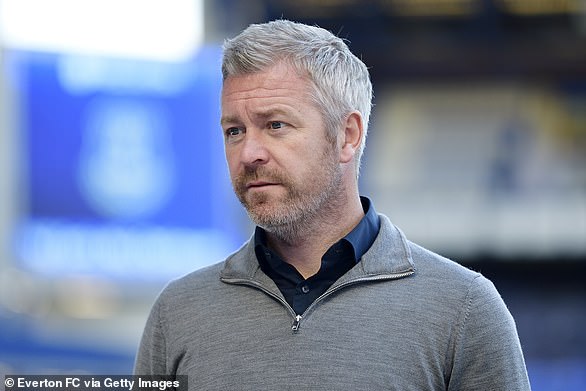 4. The influx of players has made for so many one-sided scorelines that Arsenal players are taking it in turns to score hat-tricks.

Jill Roord has two already and it was Lisa Evans on Saturday.’

Yeah, we draw straws in the changing room and pick a player (who gets to score the hat-trick),’ joked Arsenal boss Joe Montemurro, whose side have scored 19 goals in three games. 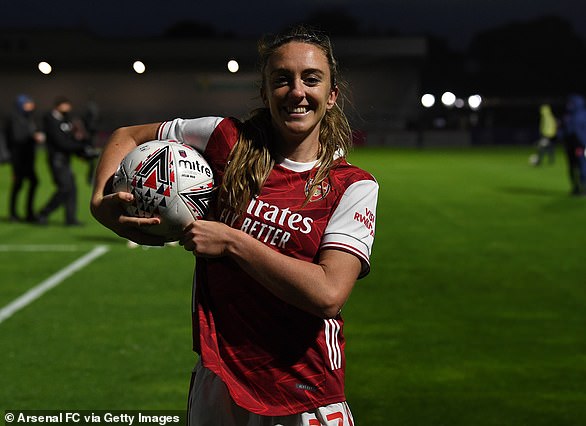 5. Early signs suggest the second tier Women’s Championship will be a fight for supremacy between Liverpool, desperate for immediate promotion back to the WSL, and Sheffield United, who have invested by hiring Neil Redfearn, who briefly managed the Liverpool side.

Both won 4-0 on Sunday at home to Charlton and London Bees respectively. They clash at Tranmere on November 8. 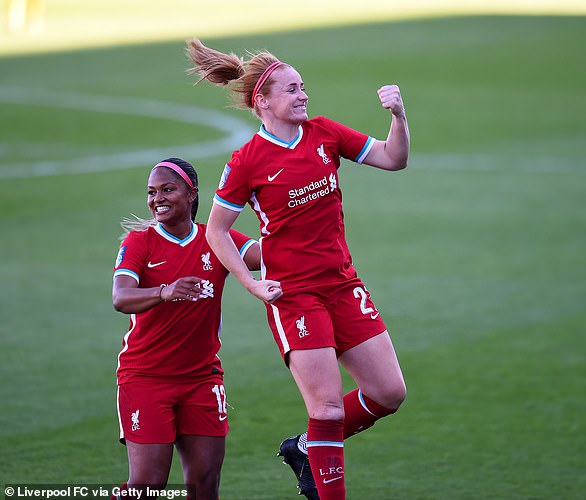 James Maddison left furious after being denied a goal against Tottenham...

Arsenal ‘will sign Gabriel Magalhaes on five-year deal from Lille’