Perhaps Claudio Ranieri realised his reign at Fulham was ill-fated the moment £20million central defender Alfie Mawson injured himself just by putting his boots on.

Maybe it was the sight of striker Aboubakar Kamara and Aleksandar Mitrovic fighting during a yoga session. Or Kamara then being arrested at their west London training ground two weeks later on suspicion of criminal damage and actual bodily harm against a security guard.

Perhaps it could have been when the team-bonding go-karting trip he authorised was cancelled because the club decided the insurance costs were too high.

Or the carefree looks on his players’ faces when they flew to Amsterdam for a Christmas party immediately after losing 4-1 to Manchester United at Old Trafford. Take your pick. 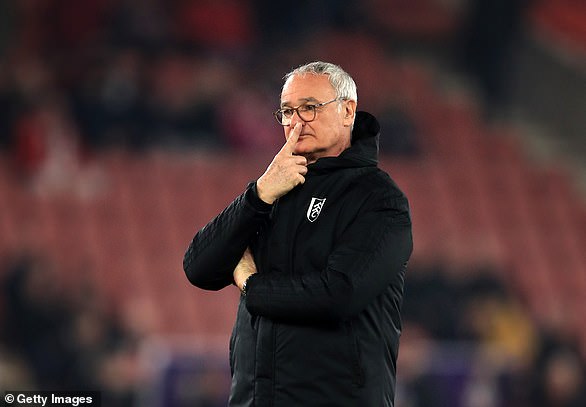 You could even say the equaliser they conceded against West Ham last week. Javier Hernandez bundled the ball over the line using his left hand and fragile Fulham went on to lose 3-1 at the London Stadium, which just about sums up their rotten luck.

It has been one thing after another. Ranieri was described as ‘risk-free’ by owner Shahid Khan following his arrival in November, but he has been unable to tinker them out of trouble.

Wednesday evening’s 2-0 defeat at Southampton was the final straw for vice-chairman Tony Khan, who had spent this week at the training ground overseeing the current set-up.

It was Fulham’s biggest fixture of the season so far — a must-win for both sides — but Ranieri raised eyebrows at a team meeting before their trip to St Mary’s Stadium.

The ‘Tinkerman’ told his players that, for the first time, they would be playing a 4-1-2-1-2 formation. It meant defensive midfielder Kevin McDonald was handed his first start since October.

It screamed of a coach who had run out of ideas and the visiting supporters turned on him at St Mary’s, singing ‘We don’t want you here’ and ‘F*** off Ranieri’. 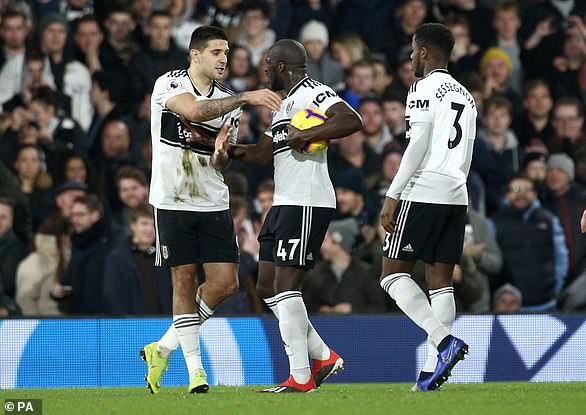 One banner displayed in Southampton’s away end even boasted the name of the manager he replaced, Slavisa Jokanovic, along with the words: ‘Making Fulham great again.’

Ranieri is polite in person and club staff will testify that he is fun to work with, always flashing that familiar smile and showing an interest in their private lives. They also know about his football-mad 99-year-old mother Renata.

The players like him personally, too, but training became a chore. According to sources, Andrea Azzalin, Fulham’s head of physical performance, would sometimes take fitness-focused sessions.

However it was a defence which has shipped 63 goals — only Rochdale (73) and Notts County (66) have conceded more in the Football League — which needed fixing.

One of the first rules Ranieri introduced after his arrival was that no one could leave the canteen until the last player had finished his meal. It was supposed to bring the team together.

Another was that the players all had to go through the exact same warm-ups in training, following each other in patterns. Again, to instil a sense of togetherness. 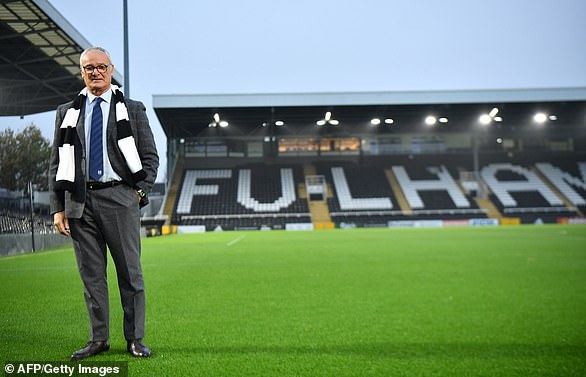 That was something Ranieri wanted to create from day one. He even used the word ‘together’ eight times during his first press conference at Craven Cottage.

There were the other usual soundbites, too. He said players had to fight ‘like pirates’ and promised free McDonald’s meals in return for clean sheets.

It was not enough. Almost two years ago to the day since his dismissal by Leicester, the 67-year-old is out of work once more.

Ranieri’s first match as Fulham manager was a dramatic 3-2 win over Southampton in which they showed signs of life, as if they could get themselves out of the mess they were in.

On Wednesday, against those same opponents, they looked like dead men walking — and it proved to be one calamity too many for the Italian to survive.

By Kieran Gill for the Daily Mail