Claude Puel was always going to find it hard to be a popular man at Leicester City.

When your job is to dismantle a team of heroes and legends, whose names are forever etched into immortality, move them on and replace them, you know you have got a job on your hands to be liked.

And when your task is also to change the team’s very identity, to take it away from a style that had brought success beyond wildest fantasies, denying supporters the adrenaline-fuelled, in-yer-face football they loved having pumped into their veins, you are on the back foot to start. 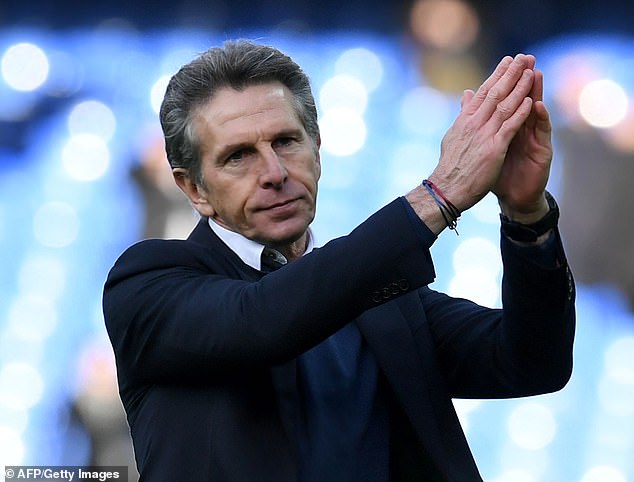 Puel was not liked. Not by the majority of the Leicester fans nor a section of the players. And when some of those players are huge characters with massive influence you need one of two things.

You either need the power of communication; the ability to sell your strange vision to the masses. Make them understand why your way is the best way and convince them to run blind with you into the unknown and embrace the turbulence that will come with it.

Or you need results. The most powerful and valuable currency a Premier League manager can possess. Points.

In the end, Puel had neither. His lack of charisma, more in front of the camera than behind it, rightly or wrongly left supporters with no faith. His lack of results left the owners, in their minds at least, with no choice. 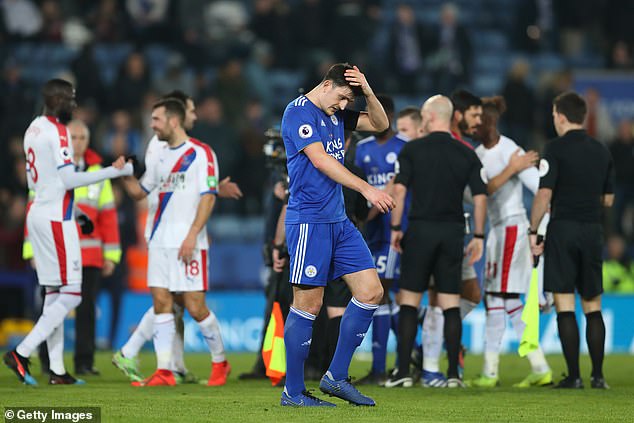 Leicester’s defeat to Crystal Palace was their fourth successive home defeat in the Premier League. That’s not happened to them since Martin O’Neill was in charge in January 2000. And they’ve had some pretty garbage managers since then.

Six without a win. Conceding the first goal for a 19th game this season. Eight points off the relegation zone.

Leicester won 70 points in 56 league games under Puel. That was fewer than 10 clubs in the competition since his appointment, including Palace, Bournemouth and Burnley.

This is a club with European ambitions. Even if the supporters have often confused that with expectation, this was too much.

Leicester are in the process of building a £100m training ground. They have plans to expand the King Power Stadium. By the time the fourth goal went in on Saturday, only a third of the 32,000 the ground currently holds were left.

Let’s be clear, though. Puel’s vision in principle was the right one. Speaking as a Leicester fan as well as a journalist, I admired what he was trying to achieve. 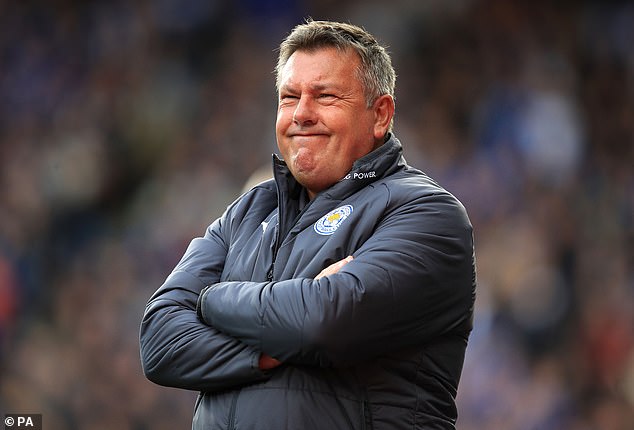 It is important not to forget where Leicester were when Puel took over. They were not title chasers anymore. They were relegation fighters, and had been under two previous managers before him: Claudio Ranieri, the miracle man himself, and then Craig Shakespeare.

When they sacked Shakespeare in October 2017, the club were in the relegation zone. Ranieri had been binned off the previous season just before they got there. That style of uber-direct counter-attack football had nearly got them relegated twice. It did not work anymore.

If Leicester were to become the Premier League’s ‘best of the rest’ on a consistent basis, they needed something more. They needed to build for the future.

That’s why Puel was brought in. A man whose main selling point was his track record in bringing through youth players: Eden Hazard, Alexandre Lacazette, Thierry Henry. The old guard, successful but ageing and one-dimensional, needed moving on and replaced with younger, more technical, more malleable players. 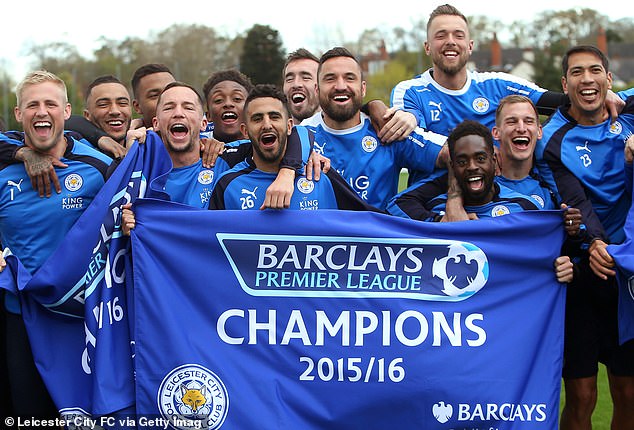 The Frenchman had the difficult task of dismantling a team of heroes, legends and title winners 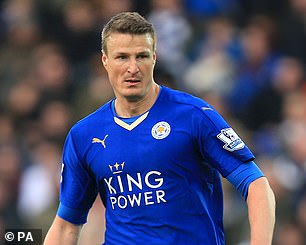 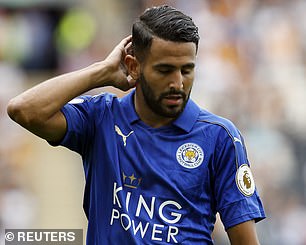 And that’s what Puel did. Tried to, anyway. Heaven forbid here was a manager wanting his team to keep the ball.

There were always going to be teething problems. He get them to ninth last season, although that ended with empty seats, boos, and calls for him to be sacked as fans saw a real chance to finish in the European places disappear.

Puel was given the summer and in Ricardo Pereira and James Maddison he attracted two outstanding prospects. They lost Riyad Mahrez, though, and that is all too quickly forgotten when people wonder why Leicester struggled to break teams down without him.

But it was Puel’s relationship with Jamie Vardy emphasised the clash between Leicester old and new. The power struggle between the two culminated in a video clip that appeared, though never confirmed, to show Vardy calling Puel a ‘f****** k*******’ after the defeat to Manchester United after which Puel had been seen smiling with Paul Pogba. 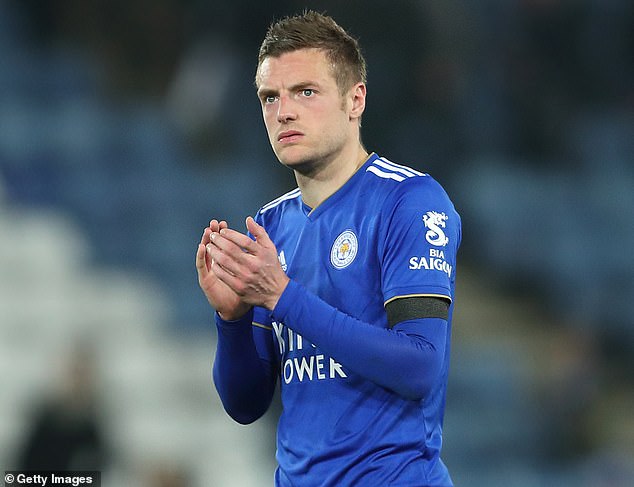 Vardy is one of Leicester’s all-time greats. Yet he is a striker who thrives on the early ball into space behind defences. That works when teams give you space. When they don’t, Puel wants his side to keep the ball and pick apart defences.

That does not suit Vardy, although he has had his fair share of chances this season but not taken them. Puel is not just to blame for that.

Puel knew, though, that Vardy is not Leicester’s future anymore. Vardy is 32. At some point, Leicester will need to find a way without him. Puel saw his philosophy as being able to do that. But when fans are asked to choose between a manager who does not inspire them and the man who fired them to the Premier League title, nostalgia will always win.

Puel was not helped by a bloated squad, on even more bloated wages, part of a post-title spending spree which spent lots of money on average players, many of whom are no longer at the club. That was not Puel’s fault. 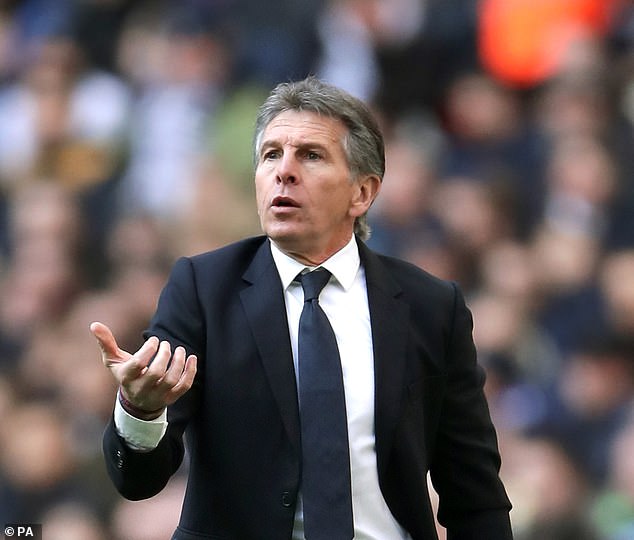 But Puel did not help himself either. There were constant changes to the starting line-up. There was rarely a settled side. A player would have a good game, then he would get dropped. Some odd substitutions. And he was too stubborn to change.

It all felt a bit like Puel was experimenting for the future. But in doing so he took his eye off the present.

Puel was good to me in my final days as Leicester correspondent at the Leicester Mercury. He invited me into his office before my final match, a home defeat to Everton in October, and thanked me for my coverage of the team, both positive and critical.

He did not need to do that. It was appreciated. He was a good man. Charming, even. That gesture has no bearing on my view of him as a manager, but maybe it would have done for other fans had got to see that side of him instead of the dull, monotonous one that delivered bi-weekly press conferences.

We talked about language and his early struggles to grasp English, something for which fans have found it too easy to criticise. He had improved, helped by the interpreting team who Leicester employed to assist in press conferences. They would provide Puel with a report after each one, telling him which phrases worked and which he could have used to get his message across better.

If you saw him on the touchline, there was none of that. He was expressive, extravagant, emotional. Fans did not see that in front of the camera. 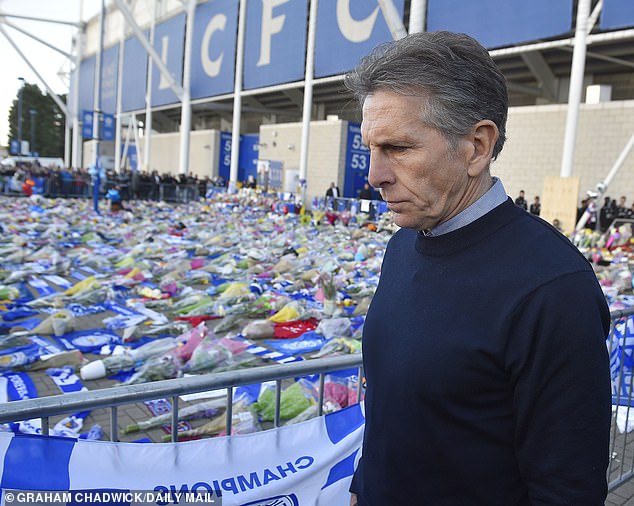 Puel was dignified, calm and respectful after the death of owner Vichai Srivaddhanaprabha

Puel’s mild-mannered approach worked perfectly in the aftermath of the tragic death of the club’s chairman Vichai Srivaddhanaprabha. He was dignified, calm, respectful. It helped unite in the darkest of times.

For that, and for the ideas of youth and long-term development, Khun Vichai’s son, Aiyawatt, the club’s vice-chairman and his father’s successor, had not wanted to make a change now.

Yet he felt his hand was forced. Since New Year’s Day, Leicester are one of three of the 92 Premier League and Football League clubs not to win a single game in any competition. For the first time under Puel’s tenure, the club was looking over its shoulder.

The next appointment is more crucial than ever. For a club with their ambition, they cannot afford to do what Southampton did and replace Puel with a manager even worse and watch them slide further towards the trapdoor. 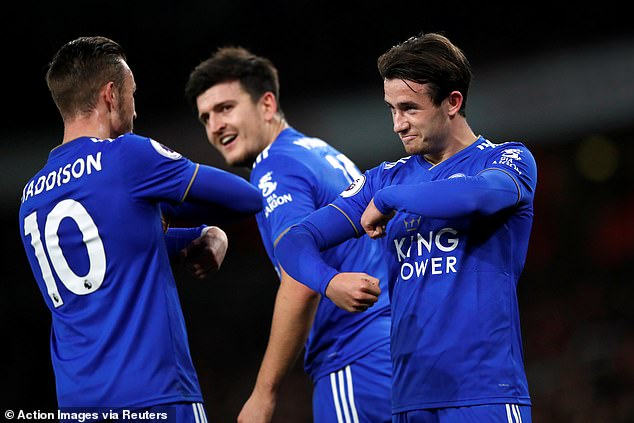 Under Puel, the likes of (l-r) James Maddison, Harry Maguire and Ben Chilwell have thrived 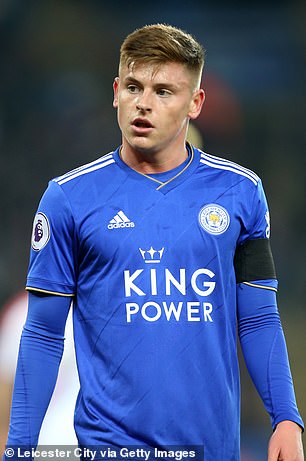 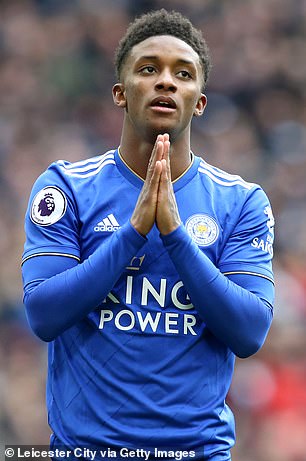 This is a squad full to the brim of young talent, which is perhaps the single most admirable aspect of Puel’s reign.

It was he who put faith in Ben Chilwell when not even Leicester’s own fans did. Now he’s England’s first-choice left-back.

The next man at Leicester must continue that development. They must have faith in that. Don’t go back, don’t turn to the percentages. Keep building.

Whoever it is must now unite the fans too. He must have the character to sell his project to the supporters. Puel could not do that. There is a special club there, one that lost its way after its dizzying miracle three years ago.

It has needed a new path. Puel has set it on the right one. But he could not see it through. The next person must.

Colombia boss Queiroz ready to build on legacy of Peckerman and...