Andrea Pirlo will take his first steps into management by taking over as the coach of Juventus‘ Under-23s team next season, according to reports.

The legendary midfielder has completed his coaching badges at the world-famous Coverciano, and has been waiting for the right role to crop up.

And now it appears that is the case, with Sky Sport Italia’s Gianluca di Marzio reporting that Pirlo has agreed to take over with Juve’s B team next season. 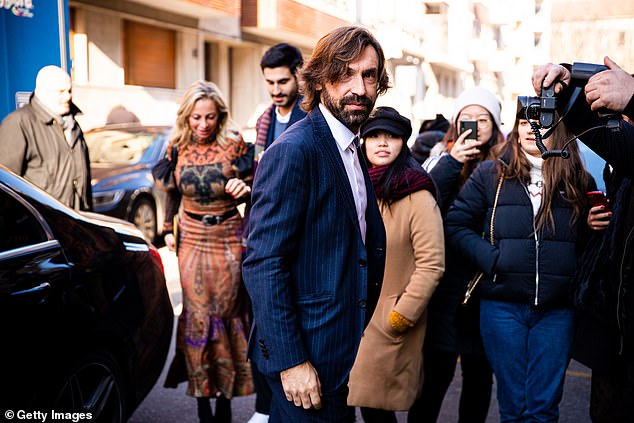 Andrea Pirlo, pictured at the Milan Fashion Week in January, looks set to become a manager

The side, which plays its football in Serie C Group A – the third tier of Italian football split into three divisions – is currently coached by Fabio Pecchia, another former Juventus player.

Pecchia, who has also been assistant boss at the likes of Real Madrid and Newcastle, has enjoyed a successful season with Juventus U23s, winning the Coppa Italia Serie C trophy before the coronavirus shutdown.

It has also been reported that Pirlo will take his close friend Roberto Baronio – currently a coach with Napoli’s Under 19s – with him to his first coaching position. 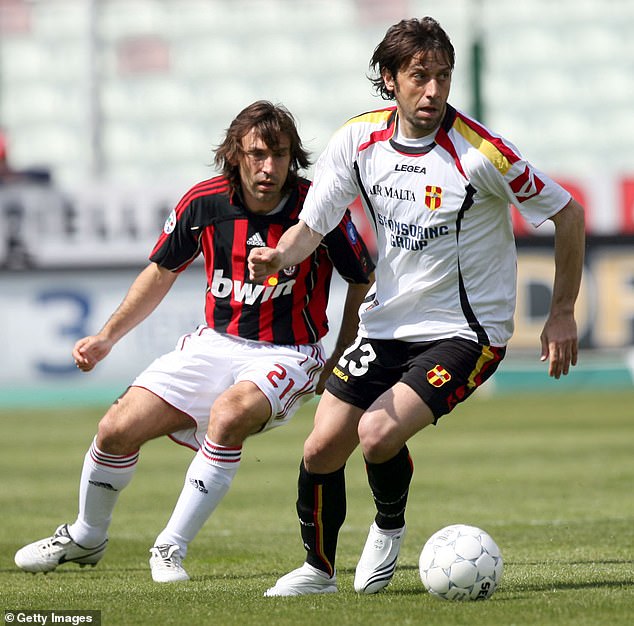 Pirlo’s decision to coach in Juventus’ academy comes as something of a surprise after he claimed in a recent Instagram Live interview that he would be ‘more inclined towards the senior squads than to youth ones’.

Pirlo is an Italy legend after a stunning playing career in which he spent 10 years at AC Milan before a four-year spell in Turin with Juve.

He won Serie A six times and the World Cup with Italy back in 2006.