Steve Bruce admits Newcastle flop Joelinton is NOT overly interested in scoring… despite paying a club-record £40m for the striker who hasn’t netted in the Premier League since AUGUST!

By Craig Hope for MailOnline

Steve Bruce admits Newcastle United have paid £40million for a striker who is not overly interested in scoring goals.

Joelinton was a club-record buy from Hoffenheim in the summer but his only Premier League goal came in August.

The Brazilian has now gone 23 games without netting and is coming in for fierce criticism from supporters and observers. 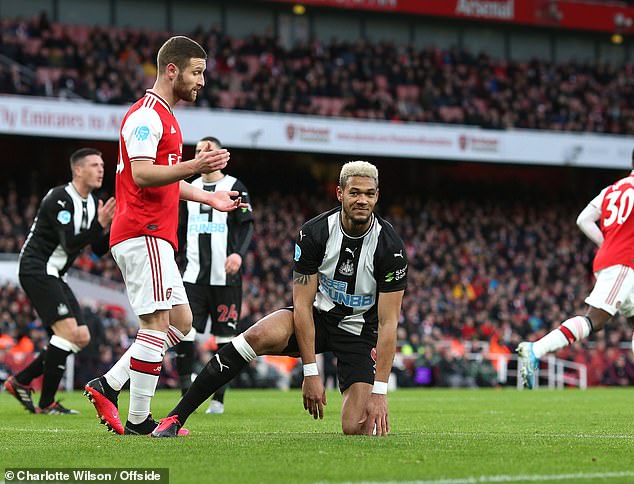 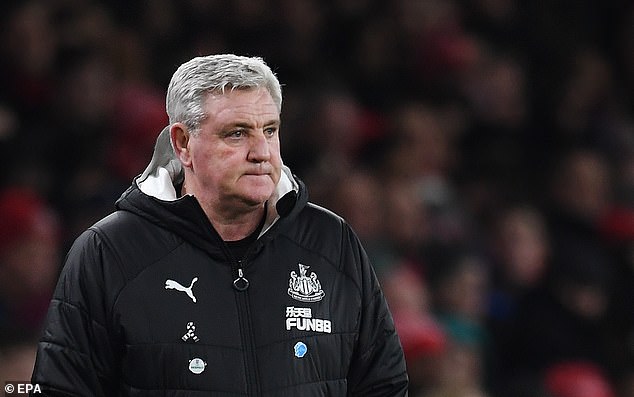 Bruce has hinted that he may take Joelinton out of the team for Saturday’s trip to Crystal Palace after revealing he has a slight thigh problem.

The head coach is still backing the 23-year-old to come good, but he concedes he is not a natural goalscorer.

‘The great strikers, the goalscorers, all they’re interested in is scoring a goal – Joe is not like that,’ said Bruce.

‘He is more a team player. He has to be a bit more selfish. He has to think about himself more and score a goal. He doesn’t get himself in the positions enough, that’s something we’re working on.

‘But you can put on as many finishing drills as you want, unfortunately Joe will be measured by one thing – goals.’

Bruce, though, is pleased with his overall contribution. The head coach still backs the Joelinton to come good, but he says he is not a natural scorer

‘His team, his work-rate, he never shies away,’ he added. ‘With that attitude I’m sure he will come good. You have to understand he’s only 23, a baby. At times he’s found it difficult, but I’m convinced he’ll come good.

‘The only thing we can do is keep encouraging the lad. He might not be a natural goalscorer, but we know there is talent there.’

Dwight Gayle is on standby for a start at Selhurst Park but Andy Carroll remains sidelined with no comeback date having been set.

Dillian Whyte to fight Alexander Povetkin on May 2 in heavyweight bout...