By Marcus Townsend For The Daily Mail

The suspension handed to Brian Hughes after he weighed in light at Carlisle on Monday has been put on hold while the BHA conduct further investigations.

Hughes weighed in 5lb light after easily winning the concluding race on Bingo D’Olivate. His mount was disqualified and he was banned for three days, while trainer James Ewart was fined £750. Hughes has appealed against his ban.

The BHA said yesterday: ‘The suspensions and fines in relation to this horse weighing in light have been temporarily stayed pending further investigation into the exact cause of the underweight.’ 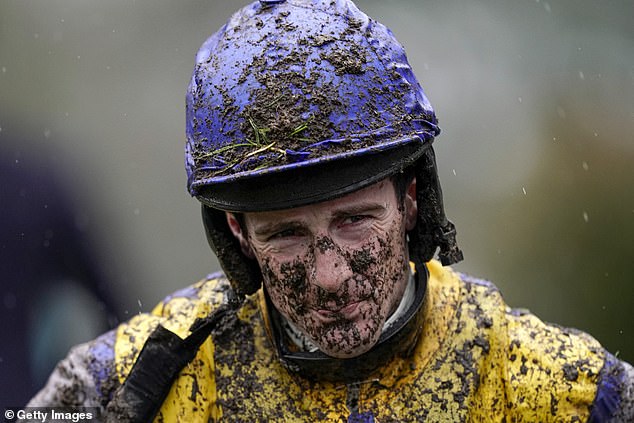 With Hughes, who rides at Newcastle on Saturday, leading Richard Johnson 129-111 in the title race, the result of the inquiry could affect the outcome of the championship.

Meanwhile, Ben Pauling-trained La Breuil became the new 10-1 favourite for the Kim Muir Fulke Walwyn Challenge Cup Chase at Cheltenham next month after Gordon Elliott’s Glenloe was ruled out because of injury.

Donnacha O’Brien had his first win as a trainer when Flower Garland won at Dundalk last night. It was the fourth runner O’Brien, son of Aidan and brother of Joseph, had sent out since retiring as dual champion jockey in November.