Wayne Rooney marked his 500th league appearance with a spectacular ‘Panenka’ penalty that helped deny Fulham a victory that would have taken them level with Leeds in second.

Aleksandar Mitrovic’s 71st-minute header cancelled out Rooney’s cheeky chip from the spot early in the second half, yet this was Fulham’s third game in succession without a victory. Like so many clubs who chase a place in the Premier League, they are faltering slightly just as the finishing line comes into view.

Derby made the better chances in the first half and might have been out of sight had it not been for the excellence of Fulham goalkeeper Marek Rodak, who made important saves from Matt Clarke and Tom Lawrence. 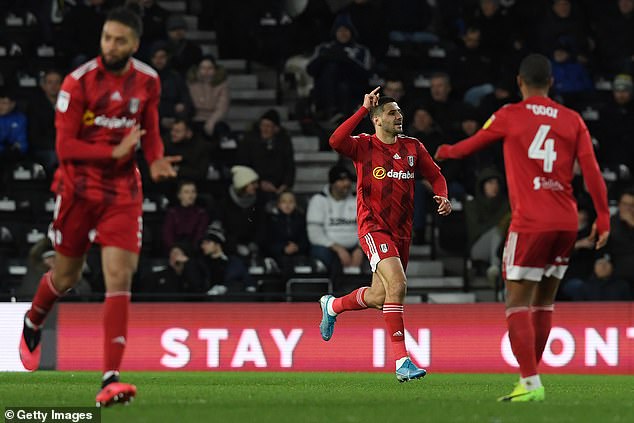 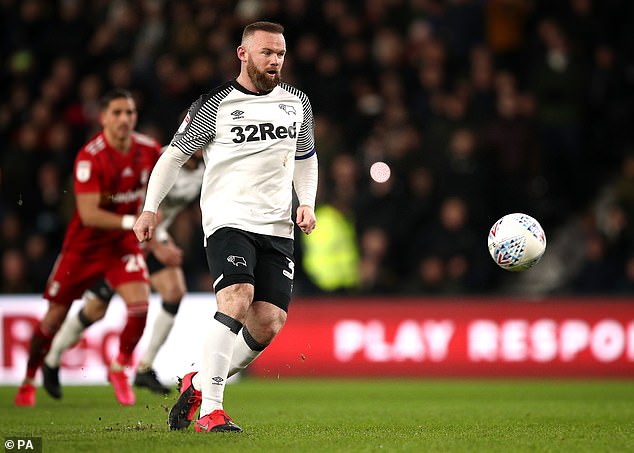 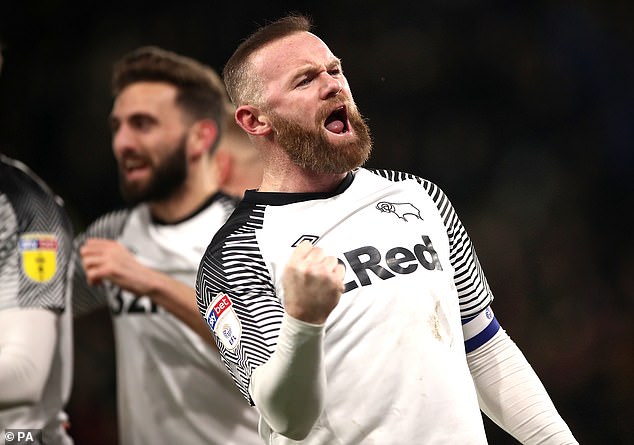 Operating just off centre-forward Martyn Waghorn, Rooney made his headline contribution 10 minutes after half-time, when Tim Ream handled inside the box. Rooney – whose league debut for Everton was nearly 18 years ago – took a few steps towards the ball and played a perfect bunker shot that fooled Rodak.

But Derby could not hold their lead. Curtis Davies was slow to react to substitute Aboubakar Kamara’s cross from the right and Mitrovic – the Championship’s top scorer – took advantage to volley in his 22nd goal of the campaign.

With a possible EFL points deduction hanging over them for breaching spending rules – Derby contest the charge – Phillip Cocu’s side need as many points as possible while their fate is uncertain.

They might have gone in front in the 23rd minute when Clarke collected Rooney’s free-kick and produced an angled shot that was brilliantly saved by Rodak, who did just as well to keep out Lawrence’s low drive 13 minutes later.

The game opened up after the interval and Rooney put Derby in front after Waghorn’s attempt to burst into the box was halted by the hand of Ream. Soon afterwards, Fulham boss Scott Parker made a double substitution and one of the replacements, Ivan Cavaleiro, saw his shot deflected into the path another sub, Kamara, who then crossed for Mitrovic to level.

Cavaleiro looked much livelier than Anthony Knockaert, the man he replaced, and he swept a shot just over from 20 yards as Fulham stepped up a gear. At the other end, Rooney’s close-range volley

was deflected for a corner off Michael Hector, and Rodak made another alert stop to deny Max Bird.

Rodak saved his team again moments later when he clawed away Craig Forsyth’s goalbound effort, and Kevin McDonald did brilliantly to block the follow-up from Bird.

Nathan Gorman insists birth of his daughter was scarier than fighting...