‘We’ve treated the game as if it were a final’: Quique Setien says Barcelona must beat struggling Eibar before tough run of fixtures which could make or break club’s season

Quique Setien admits Barcelona are treating Saturday’s visit of struggling Eibar like a cup final as they prepare to embark on a tough run of fixtures which are likely to make or break their season.

While Barca will be expected to see off 16th-placed Eibar without many problems, Setien has warned his players not to take the Basque minnows lightly at the Nou Camp.

That is partly so Barca do not suffer a shock upset, but also because he wants his team to have the right mindset and momentum going into a potentially decisive run of matches. 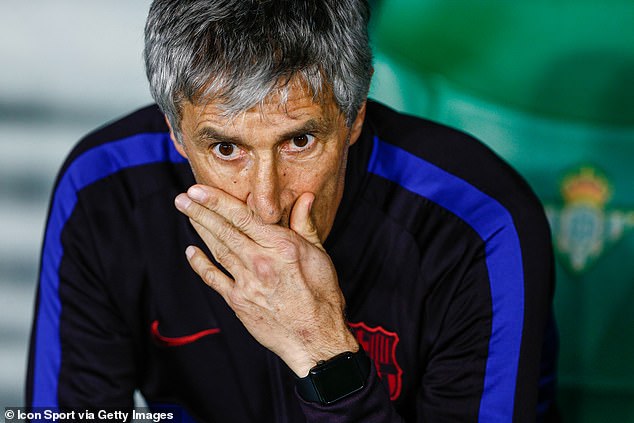 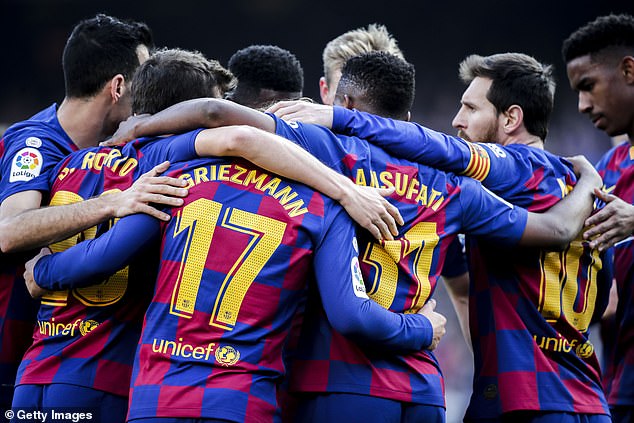 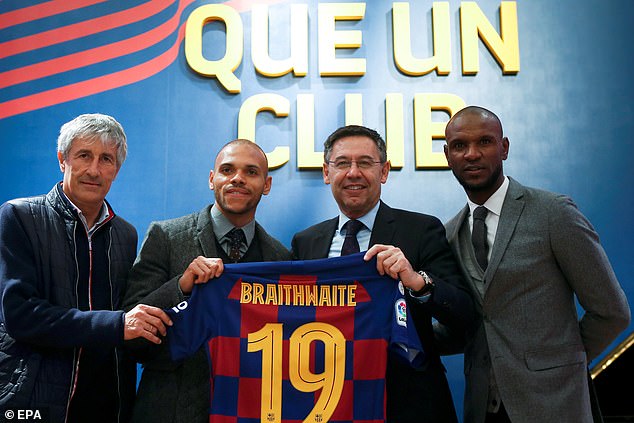 In their next 11 games after this weekend, Barca must face top-10 sides Real Madrid, Real Sociedad, Sevilla, Athletic Bilbao, Atletico Madrid and Villarreal in LaLiga, as well as meeting Napoli over two legs in the Champions League last 16.

Having already been knocked out of the Copa del Rey by Athletic Bilbao and fallen behind Real Madrid in the La Liga title race, Barca know they can ill afford many slip-ups if they are to finish the season with silverware – and Setien is determined to ensure his side’s focus is correct from the outset.

He told a pre-match press conference: ‘We’re concentrated on this game we’ve got before we face the three or four coming up which are going to be important.

‘We’ve treated the game as if it were a final and we need the three points. 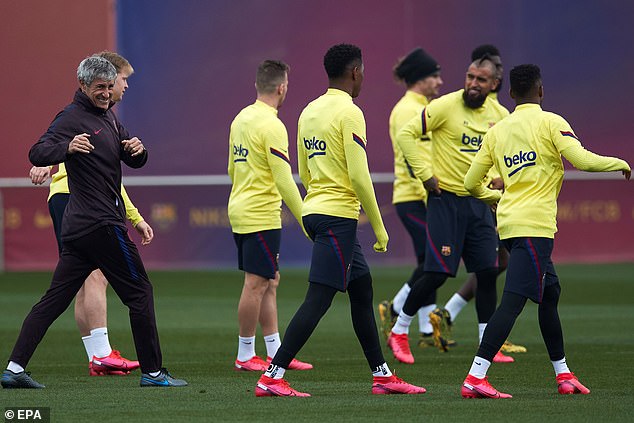 ‘Not only will that allow us to continue up there, but it will strengthen us for the games to come.

‘We have to do things well, it’s not going to be an easy game.’

Barca will be without Luis Suarez, Ousmane Dembele and Jordi Alba through injury but controversial new £15 million signing Martin Braithwaite has been included in an 18-man squad.

The Catalan giants caused a stir this week after they were given special dispensation to sign the Leganes striker outside of the transfer window due to the long-term injuries to Suarez and Dembele.

With a trip to Napoli coming up next Tuesday, Setien could decide to give the Denmark international his debut against Eibar, although he is unlikely to start. 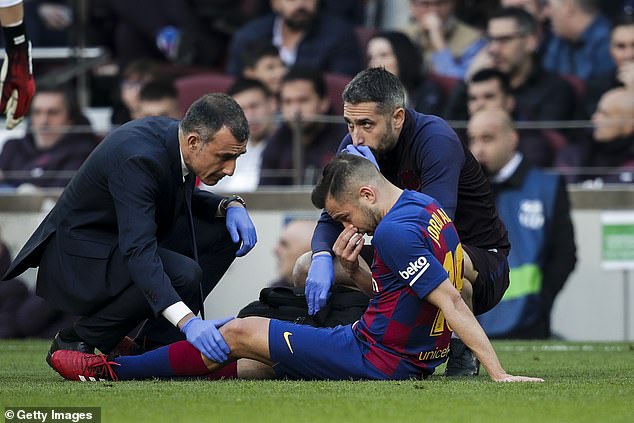 Barca are currently without a host of key names, including left-back Jordi Alba

Setien said in quotes reported by AS: ‘We’ll surely see him starting in some game. Maybe it’s a bit early now.

‘He’s come here in good shape but there are concepts and things that need explaining to him and that he needs to understand.

Setien added of his possible line-up this weekend: ‘It’s true that you need to take (the Napoli game) into account but our first priority is to win this game.

‘We won’t reserve anything that will help us win this game.’ 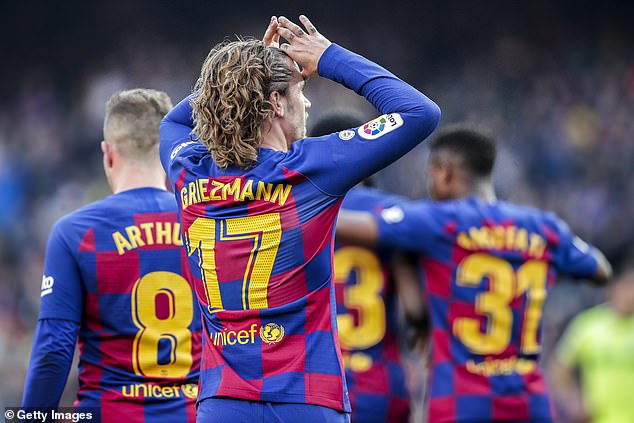 Barca beat Getafe 2-1 in their last league encounter, leaving them a point behind Real Madrid

Eibar are now just three points clear of the relegation zone after all of the teams below them gained ground last weekend while their home match against Sociedad was postponed due to poor air quality.

However, they shocked Atletico Madrid 2-0 just four matches ago and coach Jose Luis Mendilibar is in optimistic mood for the trip to the Nou Camp.

He said on Thursday: ‘I’m encouraged by yesterday’s training session. We did some exercises and had a game with numerical superiority and I really liked the intensity, and how we defended and attacked.

‘That means I will go to Barcelona with my head high.’

LIVE: The Ashes – England vs Australia: Follow all the action...