January signing Pablo Mari dons Arsenal kit for the first time in Under 23s’ defeat against Chelsea, while Rob Holding also features as he steps up recovery from injury

Pablo Mari made his first appearance for Arsenal in the club’s Under 23s defeat to London rivals Chelsea on Monday.

Mari, who signed on an initial six-month loan for a fee of around £4million from Brazilian side Flamengo in January, played alongside Rob Holding in the heart of the defence.

Mari and Holding, still searching for full match fitness, both played the first 45 minutes before being replaced at the break as the Gunners went on to lose 2-1 against Chelsea at Borehamwood. 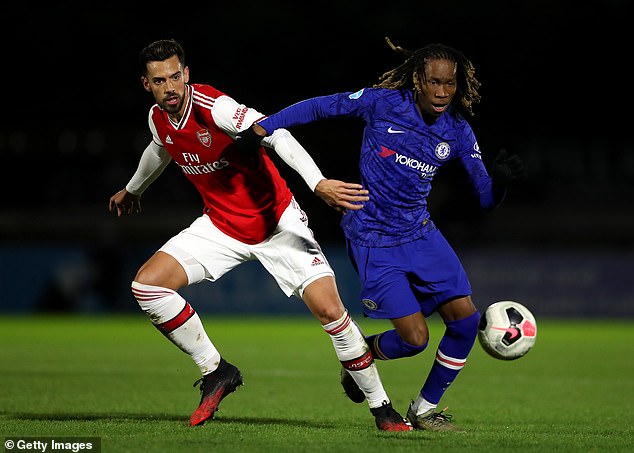 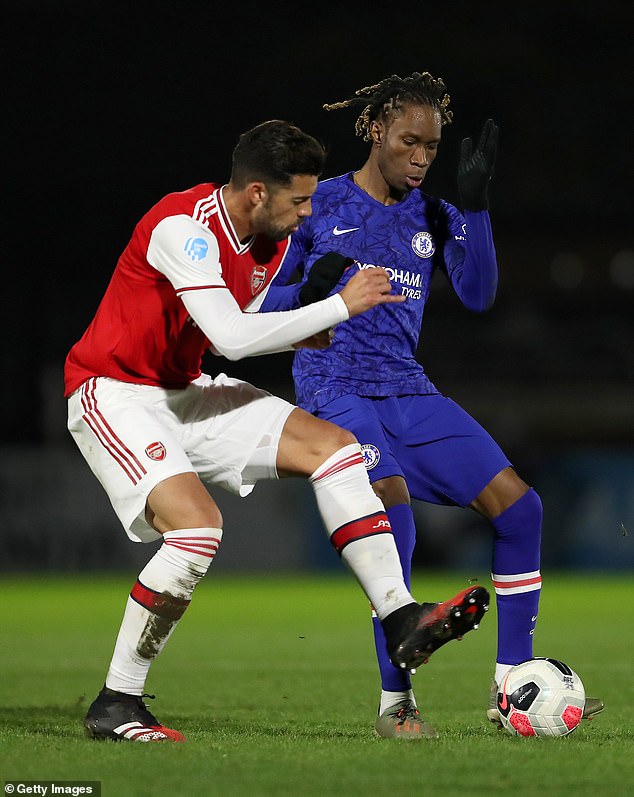 Mari’s inclusion in the youth team will have delighted manager Mikel Arteta, who has had to do without his new signing due to a minor injury issue.

The 26-year-old Spaniard was brought to the club to help bolster the defence in the short term but he will then join permanently in the summer.

However, his first taste of action for Arsenal ended in disappointment despite the club’s Under 23s going ahead in the 16th minute. 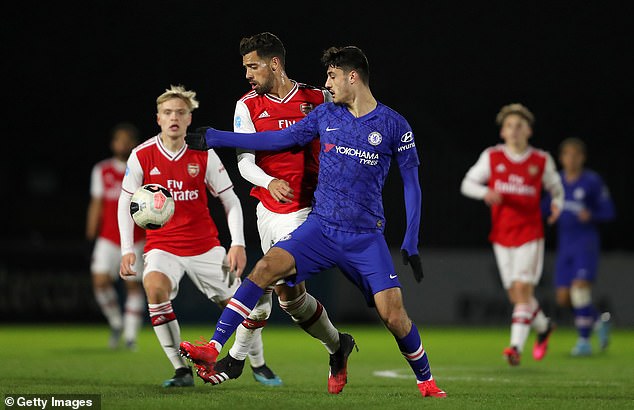 Folarin Balogun broke the deadlock at Meadow Park after collecting the ball, before whipping in a cross-cum-shot into the top corner from 25 yards.

However, Chelsea pegged Arsenal back through Armando Broja in the 31st minute after he rose highest from a corner at the near post.

And then on the stroke of half-time, Chelsea turned the game on its head through Billy Gilmour, who finally slotted home at the third attempt.