‘The referee on the pitch has to be the one to take the decisions’: Chelsea captain Cesar Azpilicueta bemoans use of VAR and insists he was fouled in the build-up to the first of their TWO disallowed goals during defeat by Manchester United

Cesar Azpilicueta hit out at VAR after Chelsea saw two goals disallowed as they slipped to defeat by Manchester United at Stamford Bridge.

Anthony Martial headed the visitors in front just before the break with Harry Maguire sealing the victory in the second half, but Zouma had an equalising goal chalked off for a perceived foul by Azpilicueta on Brandon Williams and 10 minutes before the end Olivier Giroud was ruled out for offside.

The Chelsea skipper was left incensed by the first decision and questioned why referee Anthony Taylor did not consult his pitchside monitor. 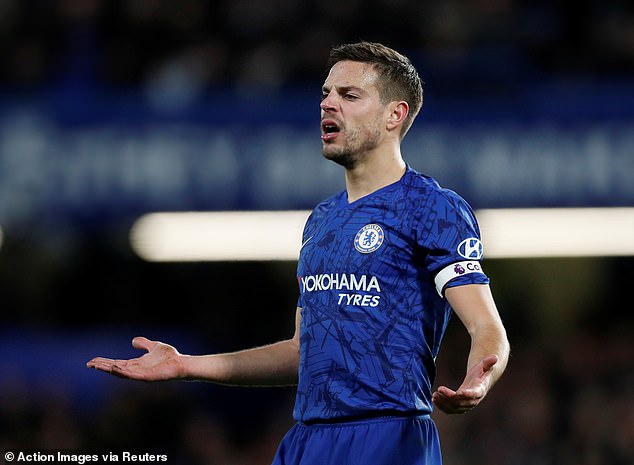 Azpilicueta: ‘With VAR, what disappoints me is the big decisions are taken by a referee in a monitor. The refs should go to the monitor to take the decisions.

‘The goal by Zouma, I have to push Williams, but Fred pushed me so I can’t do anything else. The referees on the pitch didn’t see anything.

‘At least go to the monitor, 30 seconds for the right decision. The referee on the pitch has to be the one to take the decisions.’ 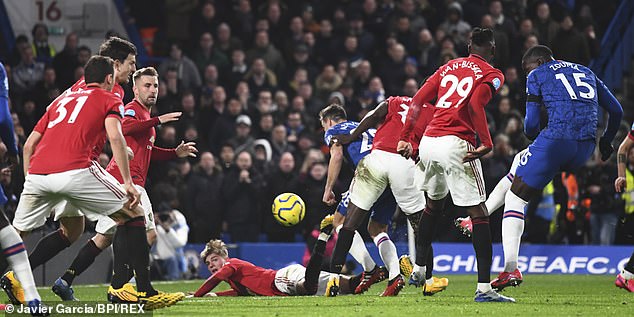 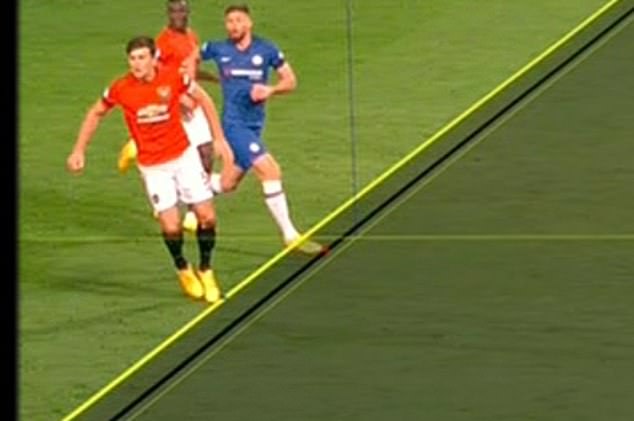 In the Sky Sports studio, Jamie Carragher added: ‘I don’t think there’s too much in the push on Azpilicueta.

‘A slight nudge. If the Williams one doesn’t happen, I don’t think the Fred nudge is a penalty.

‘And he does knock him off his feet, two hands on his back.’