Lewis Hamilton has unveiled the new Mercedes he hopes will fire him to a record-equalling seventh Formula One world championship.

The 35-year-old British driver will be given the first taste of his new machinery during a shakedown test at Silverstone on Friday afternoon.

Hamilton is this year bidding to match Michael Schumacher’s record of seven world titles. He is also just seven victories shy of the German’s all-time win record of 91. 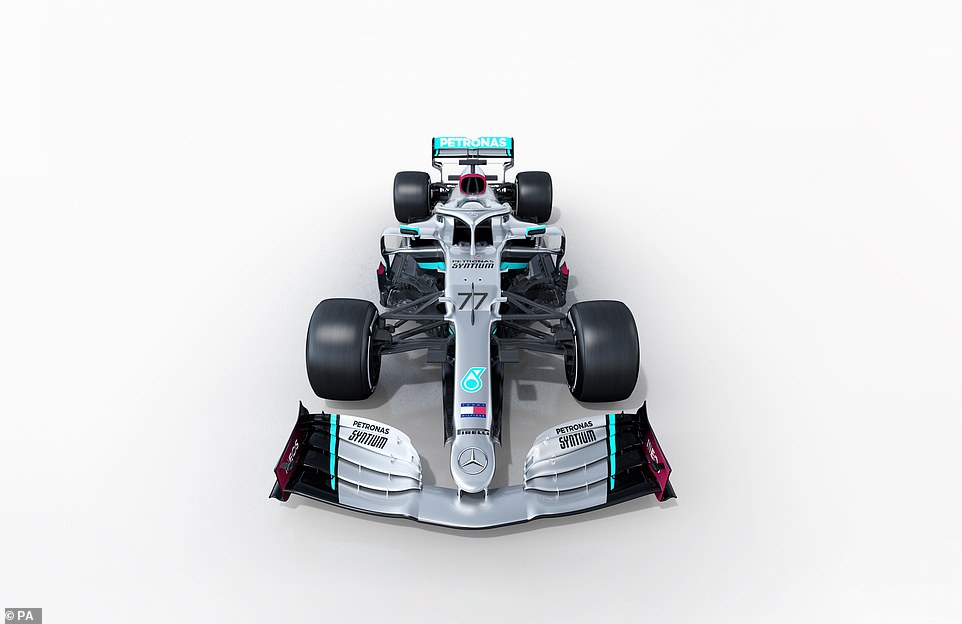 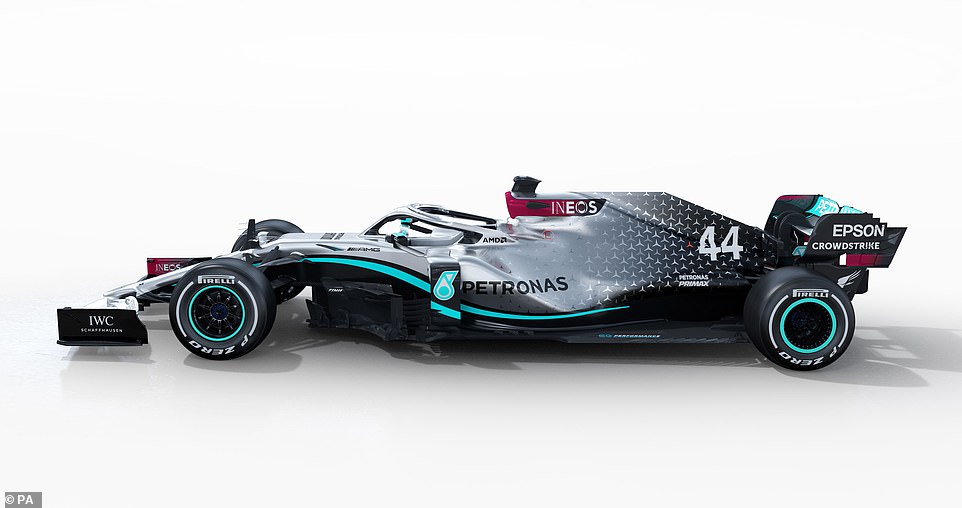 ‘At this time of the year you don’t really feel any pressure,’ said Hamilton.

‘You are focused but it is about enjoying the moment.

‘The guys have worked so hard to put the car together and there are only two of us, Valtteri (Bottas) and I, who get to drive it. 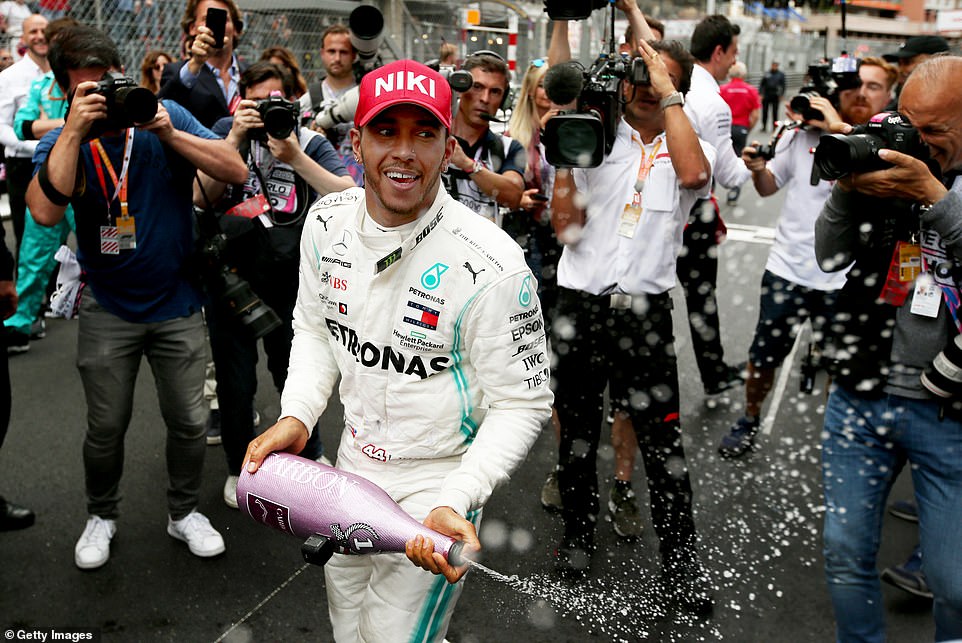 Hamilton, 35, is also just seven victories shy of the German’s all-time win record of 91 ahead of the new F1 season

‘It is pretty incredible, and we get to stretch its wings today. It is a real privilege to be in this position.’

Hamilton returned to the Mercedes factory in Northamptonshire for the first time this year on Tuesday having spent much of the off-season in America.

He has entered the final 12 months of his £40million-a-year deal, but is in early negotiations with Mercedes over a contract extension to stay at the team.

Hamilton has been linked with a switch to Ferrari, but the Italian giants distanced themselves from a move for the six-time world champion at their car launch in Italy on Tuesday. 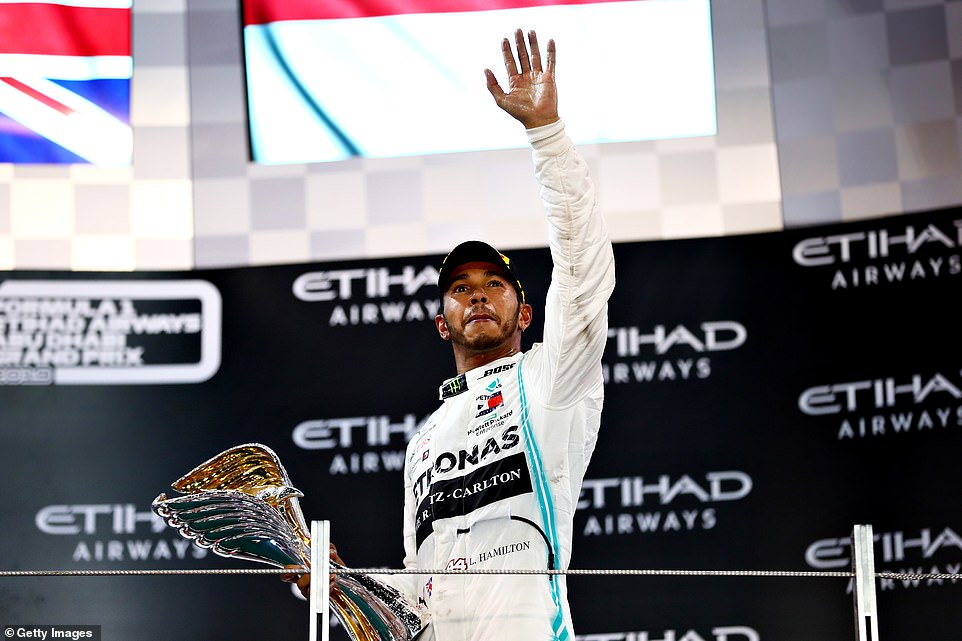 ‘This is my eighth year driving for Mercedes, and the buzz is the same,’ added Hamilton of the team that has won the past six drivers’ and constructors’ championships.

‘They couldn’t be more excited, more enthusiastic, or more driven.

‘That is the most impressive thing. It could be easy for them to be laid back today but they aren’t.’

Hamilton will be in action at next week’s three-day winter test in Barcelona before he opens his championship defence in Melbourne on March 15.