NASSER HUSSAIN: Mark Wood lifts the mood in the England dressing room… just like Darren Gough used to do

By Nasser Hussain for the Daily Mail

The England dressing room did not exactly need lifting anyway but if anything could lift any team it has been Mark Wood’s performance here.

What you see with Wood is what you get. He is a very like-able, cheeky character who keeps his side going and every team needs someone like him.

There is nothing worse for a bowling side than Nos 10 and 11 coming out and smashing it and there is nothing better for the batting one than to see a last-wicket partnership like Wood’s and Stuart Broad’s on Saturday. 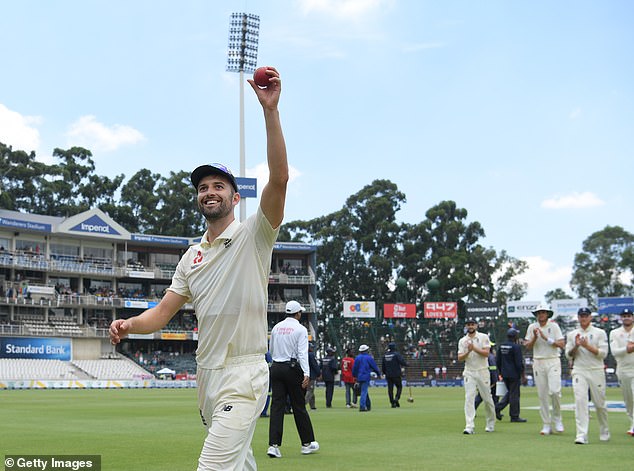 Then the spell he bowled after tea on day two was absolutely phenomenal. You bat in partnerships but you bowl in them too and Wood joined with Chris Woakes to form a combination that was simply too good for South Africa.

We should remember what happened before the game when Wood, after a fitness test, went up to Joe Root and said: ‘I’m struggling with my side but I’m OK and I want to play.’ You can’t ask any more of an individual than that.

There are plenty of cricketers who, if they are 50-50, might have said: ‘I’m struggling, leave me out skip,’ but not Wood. Maybe it is because of the amount of cricket he has missed or maybe he took one look at this pitch and realised, after the flat one at Port Elizabeth, that this was a big chance for him. But it is just what a captain wants to hear.

And when Root decided to bat, Wood came running past me on the outfield and said with a smile: ‘Great, now I’ve got another day to ice my side.’

Credit to Root, too. He had to take a bit of a gamble in batting when he won the toss here and he also had to take a risk with his fastest bowler and if Wood had pulled up injured that would have had a demoralising effect on the team. 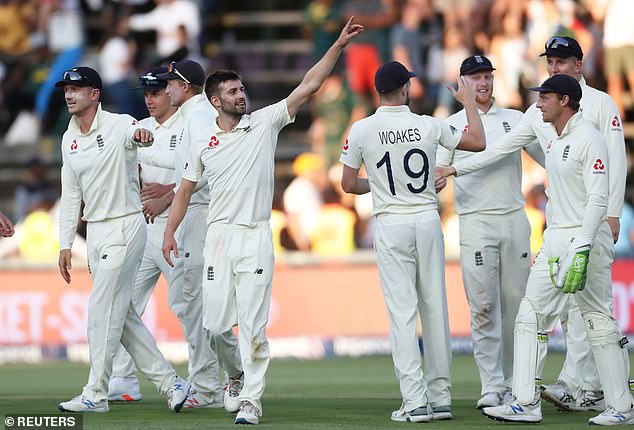 Perhaps with five seamers it is a gamble you can take, but there is a duty of care to the individual too. A side strain is one of the worst injuries a fast bowler can get and with Wood’s history there would have been a temptation not to risk him. But it has turned out to be a gamble well worth taking.

Wood is no bang-it-in Billy. He’s not just a tearaway quick. His seam position when you see the ball come out of his hand is immaculate and the ball on Sunday that dismissed Quinton de Kock was exceptional. OK, De Kock was trying to be attacking but it was the perfect bail trimmer that actually broke the bail with a great seam position and Wood’s wrist behind the ball.

His lengths have been excellent and he has used his bouncer well, like when he set Pieter Malan up with two short deliveries before getting him out with a fuller ball on day two. I could understand England using Wood as their enforcer in the third Test because of the pitch in Port Elizabeth — even though Root overdid it at times, which is a dangerous thing to do — but I much prefer how he bowled here.

The change to a longer run-up, which was suggested to him by Michael Holding, has been hugely important for Wood. People might think that would take more out of his body but in fact it takes less out of it in the last bit of his delivery stride. With a shorter run every bit of the energy has to come at the end.

You can’t overstate the importance of someone like Wood to the mood of the team, too. Touring can be hard work and the dressing room can be a tense place. My England side had Darren Gough to lift people’s spirits by being that jovial, positive character and it is a role filled by Wood now. 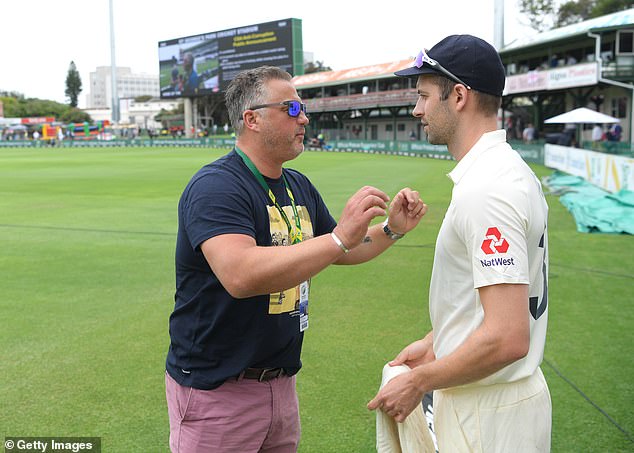 You could feel the genuine warmth for him when he led England off after taking his five-wicket haul. He has had difficulties, both mentally and physically, and to see him come through all that and work so hard to get back during the long lonely months out of the side is hugely rewarding.

Now England will have to wrap Wood up in cotton wool and look after him to try to somehow get him through to an Ashes tour in two years’ time.

They do have a good depth in seamers now, with the five here being joined by Jimmy Anderson, Jofra Archer and maybe Olly Stone, so perhaps they can rotate to make sure they do get their bowers fit for the big series, as Australia did with their seamers last summer.

England would certainly be a stronger side in the next Ashes with Wood in it.