This could be awkward! Eddie Pepperell set to face off with Bryson DeChambeau – the man he once labelled a ‘single-minded twit’ – at the Omega Dubai Desert Classic

By Derek Lawrenson for The Mail on Sunday

Shortly after noon on Sunday, expect a little heat in these parts as Eddie Pepperell and Bryson DeChambeau — the man he branded a ‘single-minded twit’ — take to the fairways together in the final round of the Omega Dubai Desert Classic.

As if trying to win one of the iconic titles on the European Tour wasn’t uncomfortable enough.

As ever, Pepperell didn’t hold back when a hideous example of DeChambeau’s slow play came to light last August. ‘Just look at Tommy Fleetwood and Justin Thomas, both looking bored,’ he tweeted. 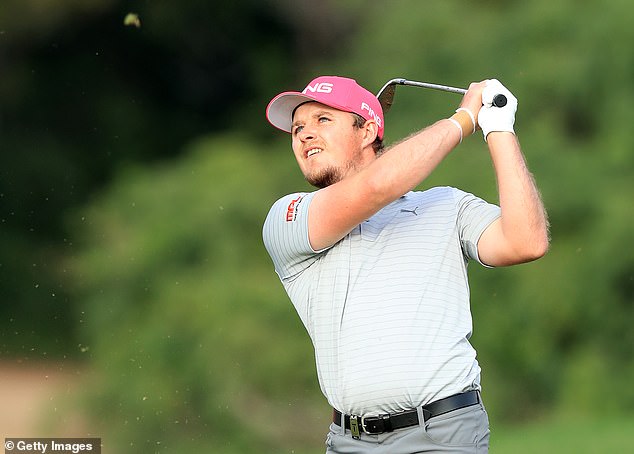 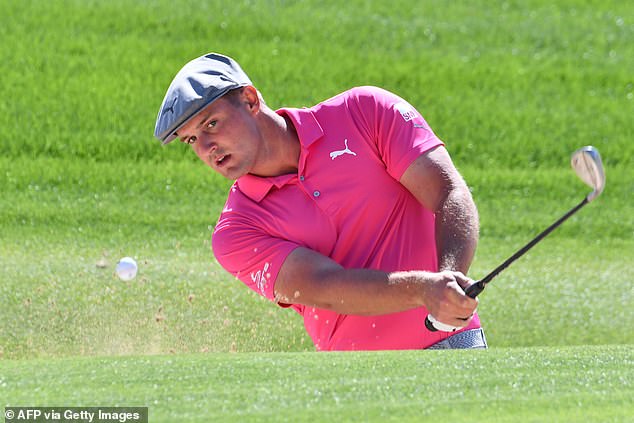 ‘Slow players do this to their playing partners, making the game less enjoyable. Problem is, the unaffected single-minded twit in this instance doesn’t care for others.’

DeChambeau certainly cared about Pepperell’s intemperate words. Indeed, the mad scientist, as he is known, was positively raging. ‘Eddie should have the balls to say it to my face,’ he fumed.

After the predictable uproar on social media, Pepperell apologised for making his criticism personal. Indeed he is doing his best to forget some of his questionable behaviour from last year — on one occasion he walked out of a tournament mid-round in Turkey because he ran out of golf balls. And he tweeted in jest on Saturday: ‘Fully understand if Bryson wants to keep hitting it 40 (yards) past me tomorrow so we don’t have to chat.’

DeChambeau appears to have taken on board the completely fair point made by Pepperell and many others that he was too slow.

He has certainly picked up the pace during his two-week stint in the Middle East and now has a golden chance to complete a successful defence of this title.

‘After last week’s fiasco in Abu Dhabi (he comfortably missed the cut), this has been far more like it,’ said DeChambeau, who put on 30lbs of muscle over the winter — not to kick sand in Pepperell’s face but to keep up with the big hitters. 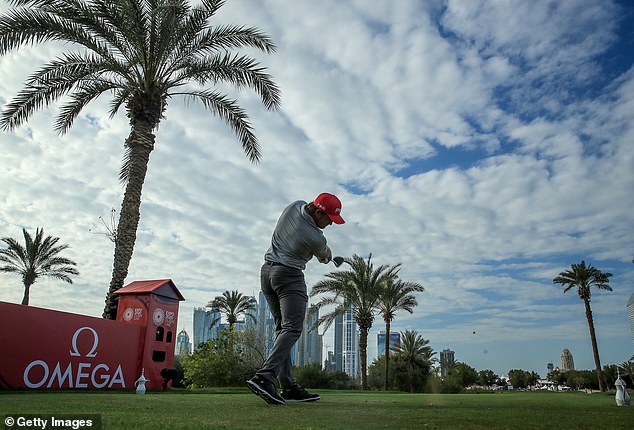 He is just two shots off the lead held by Ashun Wu from China, with in-form Frenchman Victor Perez separating them. Pepperell is three back.

Ryder Cup captain Padraig Harrington predicted last week: ‘The way this course is set up this year, I’d say it’s not a pretty one for the guy trying to hold on to the lead.’

With the gusts due to return on Sunday afternoon, the last thing Wu needs to see in his rear-view mirror is noted wind exponents such as Pepperell and two more Englishmen — Tom Lewis and Tommy Fleetwood.

Who are the seven lesser-known stars you should watch out for...