‘Maybe it was a bit too early’: Jurgen Klopp downplays Alex Oxlade-Chamberlain’s furious reaction to being substituted against Manchester United and admits he could have left him on the pitch for longer

Jurgen Klopp has downplayed Alex Oxlade-Chamberlain’s angry reaction to being substituted in Liverpool‘s 2-0 victory against Manchester United on Sunday.

Oxlade-Chamberlain was replaced by Adam Lallana in the 66th minute at Anfield and was visibly unhappy to leave the pitch. He smacked the back of a seat in the dugout as he joined the other substitutes.

The midfielder was also taken off for Lallana in the 61st minute of Liverpool’s 1-0 win at Tottenham the previous week, having recently returned from an ankle injury. 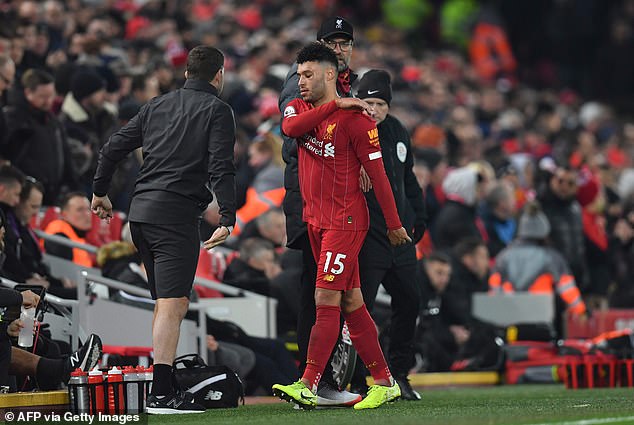 ‘He is not frustrated, he just looks like this,’ Klopp said in his pre-match press conference ahead of Thursday’s Premier League encounter against Wolves. ‘I asked him and it is fine.

‘It is normal a player wants to play 90 minutes but we have to learn from our own past. Oxlade is an unbelievably important player for us.

‘There are moments in a game where players get a bit tired and they show up. I try to read the players during a game and try to understand which moment they are, energy level-wise, and make a decision.

‘Sometimes I hit the point and sometimes not, maybe with Ox last time I was a bit too early but he got a knock on top of that. He was limping a little bit. 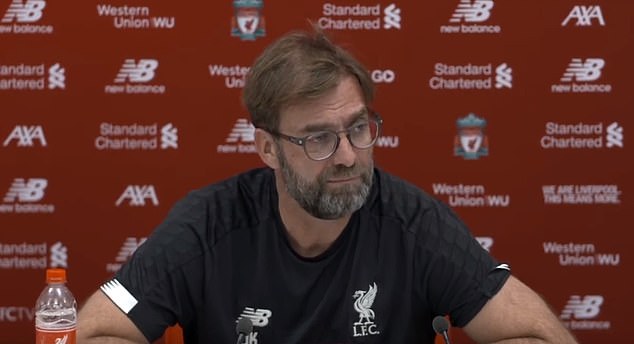 ‘If a midfielder is limping you start looking in detail and sometimes in a defensive situation a midfielder is not where he should be and then there is the impact. You have to make a decision After the game it didn’t feel that bad, the knock he got.’

Liverpool can stretch their lead over Manchester City to 16 points with a game in hand if they defeat Wolves at Molineaux on Thursday.

Oxlade-Chamberlain is available to play, but the game comes too soon for the likes of James Milner, Naby Keita and Xherdan Shaqiri. Dejan Lovren, meanwhile, resumed first-team training on Monday.

Rory McIlroy confident he can deliver a six-win season