Remember ‘The Cursed Tour?’ When England lost the first Test and a whole team to flu and sickness bugs over Christmas and the New Year?

Then when Rory Burns put himself out for three months playing football and Jimmy Anderson and Jack Leach also went home?

Well, a tour of South Africa that once seemed to be heading for disaster and the possible end of Joe Root’s captaincy now seems destined to be remembered fondly as the birth of the skipper’s new, young, vibrant England. 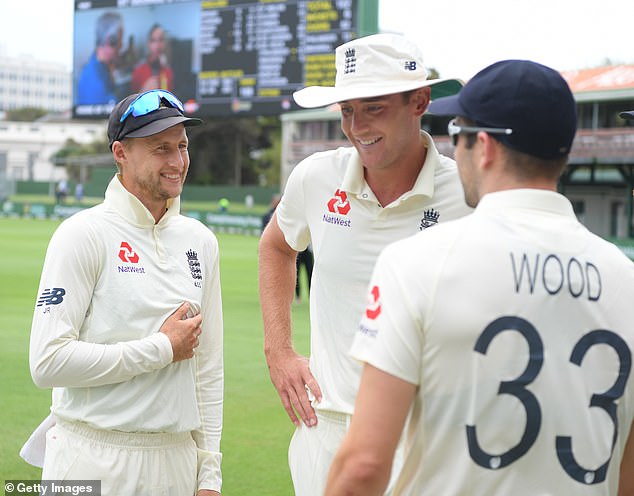 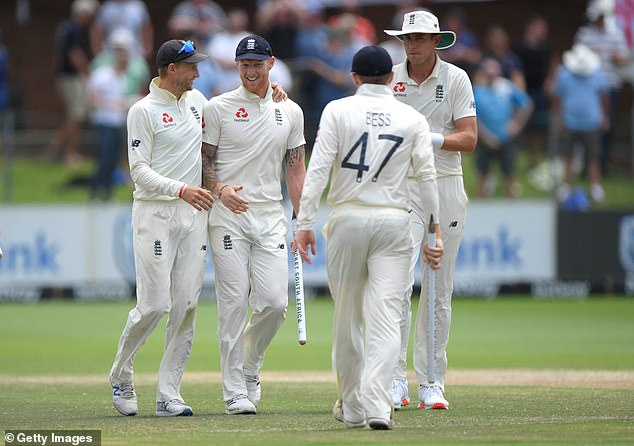 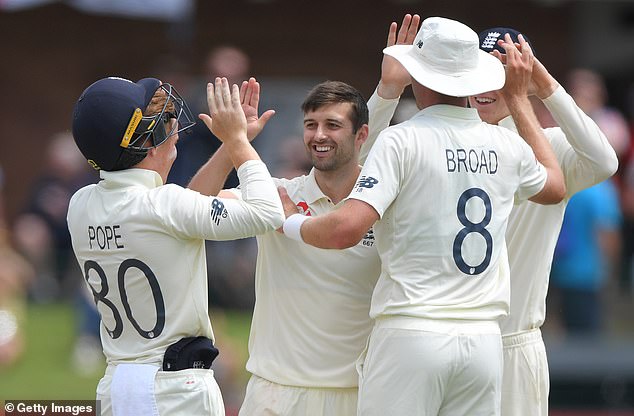 Certainly, England’s first victory by an innings in an overseas Test since the famous Ashes clinching win in Sydney in early 2011 feels like the start of something, a stepping stone towards the bigger targets of the next Ashes and the top of the world Test rankings.

It has not yet won them this series. But with South Africa looking broken and with their captain Faf du Plessis admitting on Monday that the final Test in Johannesburg will be his last at home, it will take something extraordinary to deny England a 3-1 win now.

We have, of course, been here before. It wasn’t much more than a year ago Root’s England were playing ‘total cricket’ and winning 3-0 in Sri Lanka.

It looked as though they had cracked it. Then they went through 2019 without a Test series victory.

But this complete transformation of policy with a new coach in Chris Silverwood, with more versatile players being replaced by specialists and round pegs being fitted into round holes, just seems to be built on more solid foundations. 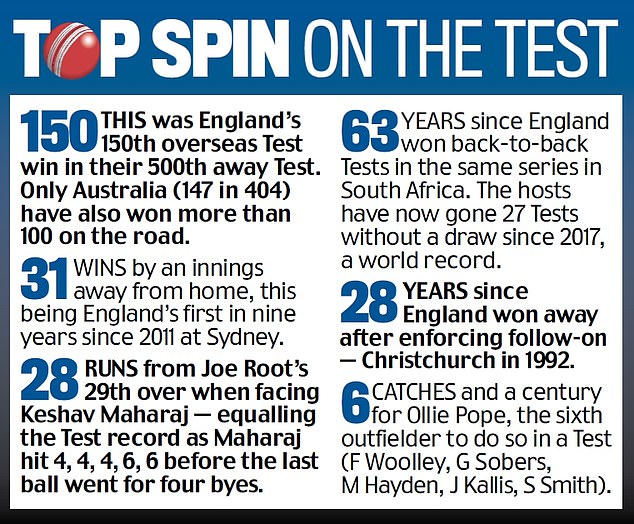 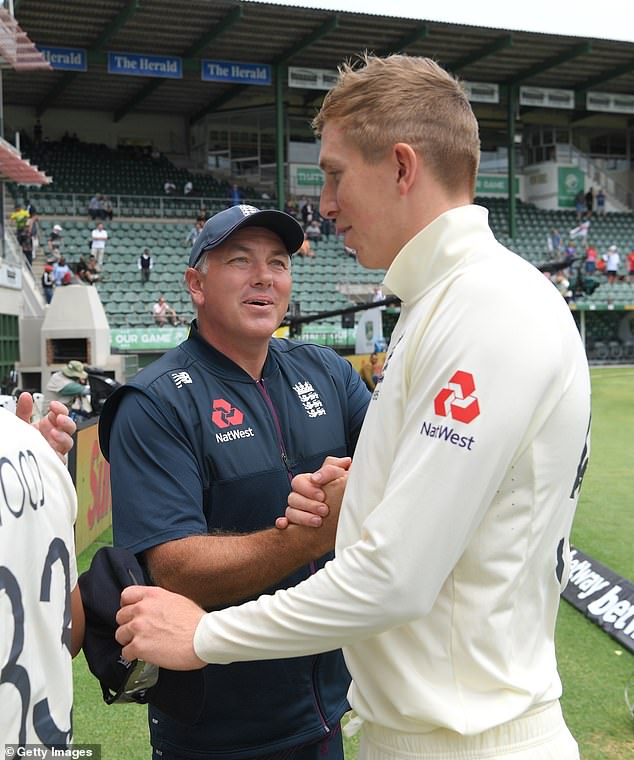 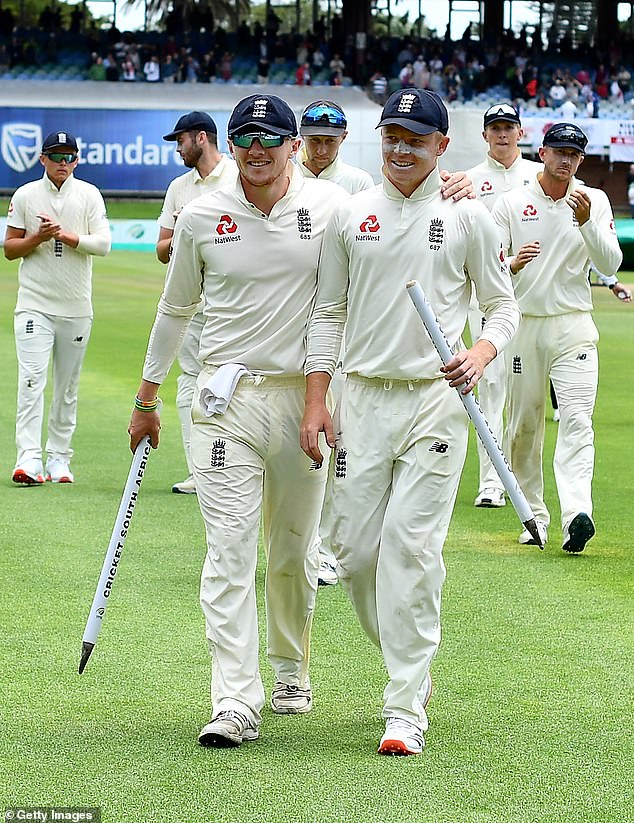 ‘We’ve got a really clear way of trying to play the game,’ said Root after Keshav Maharaj had delayed the inevitable by smashing three sixes in his 71 before England wrapped up an innings and 53-run victory on the stroke of lunch.

‘Everyone knows what their role is within the side and it’s about making sure when you get your opportunity to affect the game you go and do it.

‘We’ve executed that brilliantly in the last two games. We’re by no means the finished article but we’re moving in the right direction now.’

And they are moving in the right direction with youth at their core, most notably here in the form of player of the match Ollie Pope who looked like England’s best emerging Test batsman and their first potentially great one since, well, Joe Root.

‘I think he’s a wonderful player, I really do,’ said Root as Pope sat alongside him. 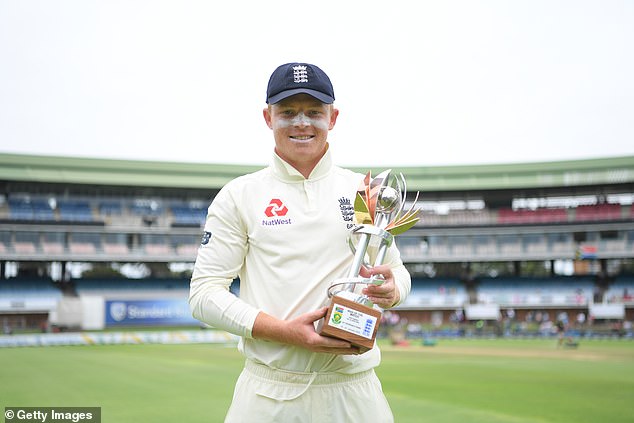 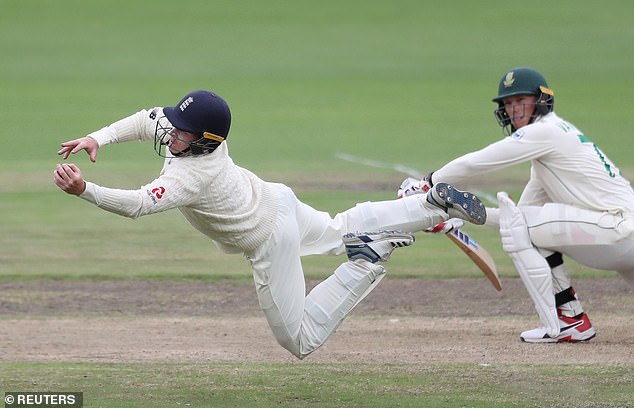 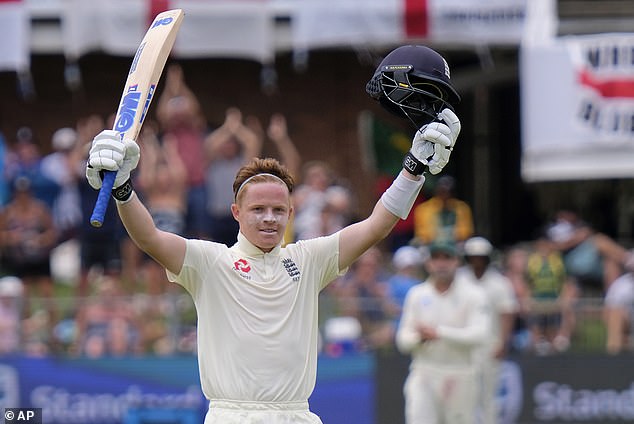 England won by an innings and 53 runs

England lead the series 2-1 with one Test to play

‘He’s smart, he reads the game well and I couldn’t be more pleased that he’s sat here with a hundred under his belt already. He’s more than capable of breaking records for England.’

A transformation in England’s policy, then, and in the direction of this series, with all South Africa’s early optimism with victory in the first Test under the new management of Graeme Smith and Mark Boucher being replaced by despondency and desperation.

They did, at least, go down fighting on Monday but a last-wicket stand of 99 between Maharaj and Dane Patterson came only when the pressure was off and merely served to emphasise just how woeful South Africa’s batting had been before then.

At least they stopped Root recording his first five-wicket haul in Tests with the captain over-bowling himself until he was smashed for a world-record equalling 28 in a single Test over by Maharaj. Take a blow, Joe, and be happy with four key wickets.

‘It would have been nice to get a five-for but I’m not that bothered,’ Root insisted. ‘For us to win in the manner we have done is amazing. Hopefully I won’t have to play as significant role with the ball again any time soon.’

Now off England go to Johannesburg and the pace and bounce of the Wanderers with Jofra Archer making good progress towards being fully fit to perhaps line-up again alongside Mark Wood in a mouth-watering pace partnership. 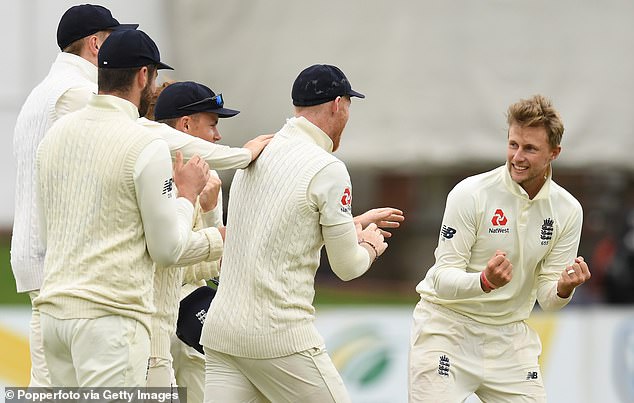 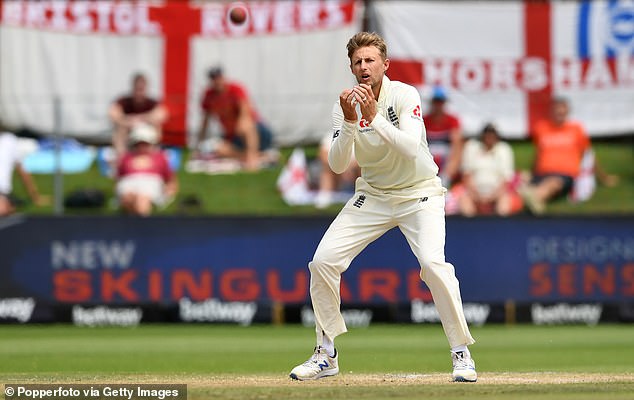 Sam Curran, who spared England more blushes by running out Maharaj yesterday with a direct hit to end this third Test, is the most likely to make way for Archer as long as Wood does not suffer an adverse reaction to his workload here.

And South Africa, with Du Plessis struggling to defend both himself and his team on Monday, will be without the controversially suspended Kagiso Rabada on Friday on a home pitch that would have been made for him.

‘I’m not a robot and I’m trying to find ways to make myself as strong as possible,’ said Du Plessis, who is likely to hand over the one-day captaincy to Quinton de Kock but wants to carry on playing until after the Twenty20 World Cup in October.

‘I still have a huge role as captain to make sure I lift these guys to win a Test in the next game.’

England and Root’s challenge is to make sure they do not and go on themselves to complete a job they have so impressively started in the last two potentially game changing Tests.