Sheffield United are closing on the a £1million capture of Nottingham Forest defender Jack Robinson.

The 26-year-old left-back was at the Blades’ training ground on Monday to undergo the second part of a medical.

Robinson, who can also operate as a centre-back, joined Forest in the summer of 2018 on a free transfer from Championship rivals QPR. 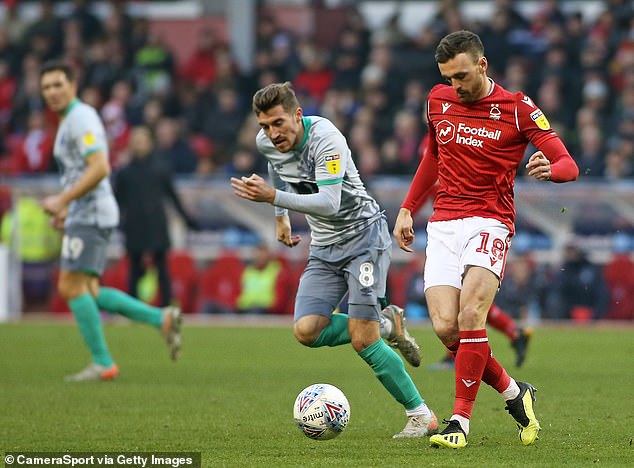 He has made 19 appearances for Nottingham Forest this season, with his contract due to expire in the summer

Robinson has fallen out of favour under Forest head coach Sabri Lamouchi, with Yuri Ribeiro and Chema preferred to him.

Robinson would be the Blades’ second signing of the transfer window, after former Sunderland and Everton defensive midfielder Jack Rodwell joined on a short-term deal earlier this month.

MARTIN SAMUEL: Fleet-footed Tyson Fury broke the mould… just like Usain Bolt, he is an outlier

Marcus Rashford shows off forgotton 2008 advert which he appeared in...

Torino 2-3 Wolves: Visitors move closer to a place in Europa...