‘While I’m typing this my eyes are full of tears’: Jetro Willems releases emotional statement confirming he will miss the rest of the season after injuring cruciate ligament… but on-loan defender hints he will play for Newcastle again

Newcastle wing-back Jetro Willems will miss the remainder of the season after suffering a cruciate ligament injury during Saturday’s Premier League win over Chelsea.

The 25-year-old, who is on loan from Eintracht Frankfurt, was carried from the field on a stretcher after catching his studs in the turf, and scans have since revealed he ruptured the anterior cruciate ligament in the same knee he damaged three years ago.

And on Monday evening, the Dutch defender released an emotional statement on Twitter, saying: ‘While I’m typing this my eyes are full of tears. As you already may have heard, Chelsea was my last game for this season.’ 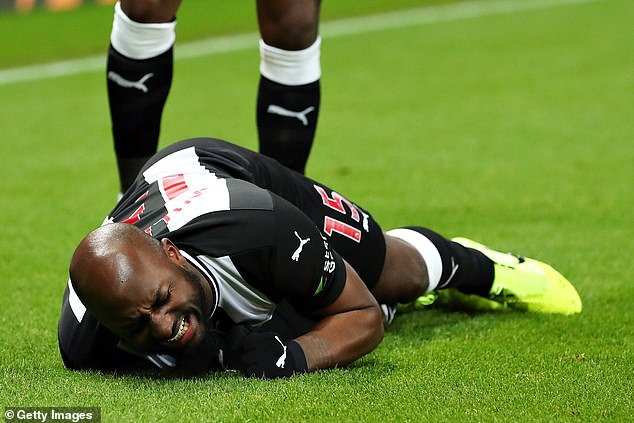 It continued: ‘I had in all fronts an incredible, beautiful, fun and especially a good half year and I want to thank everyone who was involved in that.

‘It was fantastic to play for Newcastle United! I will come back stronger!’

He concludes by implying that despite his loan deal due to expire at the end of the season, he believes he has not played his last game for the club.

‘I believe in the plan I made with God and the path we have chose, I pledge to do everything I can, so it will not be my last game for Newcastle United!!!’

Asked about Holland international Willems, Magpies head coach Steve Bruce said: ‘It’s what we feared. He’s ruptured his anterior cruciate and will miss, obviously, the rest of the season.’ 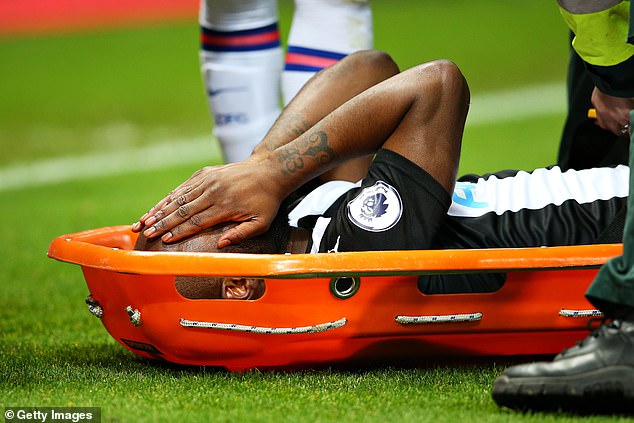 Such had been Willems’ form in his 20 appearances for the club that the Magpies had hoped to seal a permanent deal for him, but that has now had to be put on ice.

Bruce, who has seen his side badly hit by injuries this season, said: ‘The big thing now is just the welfare of Jetro, getting his head around that. Unfortunately, it’s his second serious knee injury in three years.

‘He’s a strong-minded individual and really the big thing now is to let him have the operation and recover, and then we’ll review the whole situation in a few weeks. It’s all too raw for us at the moment to even speculate or comment on what’s going to happen.’