By Derek Lawrenson for The Mail on Sunday

What an amazing feat of sporting longevity to be starting your 27th season on the European Tour and be leading going into the final round of an event as big as the Abu Dhabi HSBC Championship.

Lee Westwood, who will turn 47 in April, refuses to act his age. He couldn’t keep the grin off his face following a wonderful third-round 65 to lead a collection of young talent who must be wondering why on earth they’re still looking up at the Englishman.

Among those chasing him on Sunday is Matt Fitzpatrick, who wasn’t born when Westwood started out on tour in 1994. Two more, Kurt Kitayama and Thomas Detry, had barely learned baby noises. 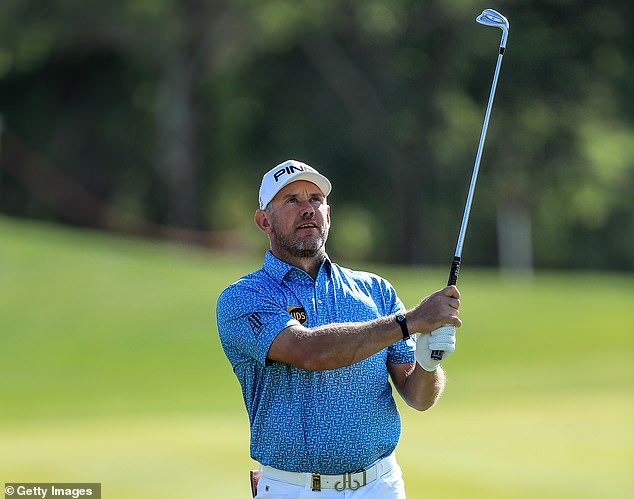 Lee Westwood, who will turn 47 in April, refuses to act his age at the Abu Dhabi Championship

‘It’s great, isn’t it?’ said Westy. ‘I think if you’d asked me when I was 19 at the qualifying school in Montpellier in 1993 what I’d be doing in 2020, I’m pretty sure I wouldn’t have said I’d still be out here and leading a Rolex Series event. It’s just fun, still playing the game I love, and I still get the same thoughts out there.

‘I have to rein myself in during the third round when you start looking at the leaderboard and thinking about winning on Sunday night. But that’s where the experience comes in.

‘It wouldn’t be right if you didn’t have those feelings, that sensation in your mouth. I feel anyone who’s been successful in any sport loves being in the cut and thrust of it, that’s what it’s all about.’

Westwood paid tribute to two of England’s great coaches who have ‘energised’ him. One is putting guru Phil Kenyon, who advised Westwood to use the ‘claw’ putting grip that he is now deploying. 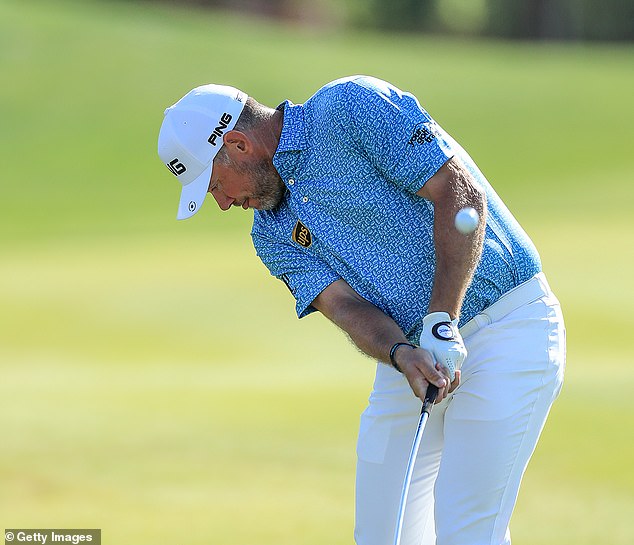 Another is a direct contemporary, Robert Rock, who’s quite a remarkable tale himself given he’s still playing on tour while spending the rest of his time teaching Matt Wallace, Thomas Bjorn and Westwood.

‘Rocky’s given me a new picture of my golf swing and it’s energised me,’ said Westwood. An example came at the par-five eighth where he struck a marvellous hybrid second shot that flew 266 yards to a matter of inches for an eagle three. ‘I think one of the reasons I can still compete is that I haven’t lost any length,’ he said.

‘Some of the guys have obviously got longer but I can still compete.’

Westwood’s nearest pursuer is one of those bombers, gifted Austrian Bernd Wiesberger, who lost out so narrowly for the Race to Dubai the last time the tour was in these parts in November. Asked how long it took to get over it, the man from Vienna said: ‘Two coronas.’

NASSER HUSSAIN: Jofra Archer was unbelievable in the draw at Lord’s