‘I’m coming for all of them in this division and it starts with Donald’: Conor McGregor vows to tear through welterweight opponents as Irishman comes face-to-face with ‘Cowboy’ Cerrone for the last time ahead of UFC 246 showdown

‘How good do I look at 170 pounds’, roared Conor McGregor after coming face-to-face with Donald ‘Cowboy’ Cerrone for the last time before they headline UFC 246.

In front of a packed out Park Theatre Arena crowd at the ceremonial weigh-ins, there was an eruption of noise as both men took centre stage.

‘How good do I look at 170. I’m coming for all of them in this division and it starts with Donald,’ McGregor declared. 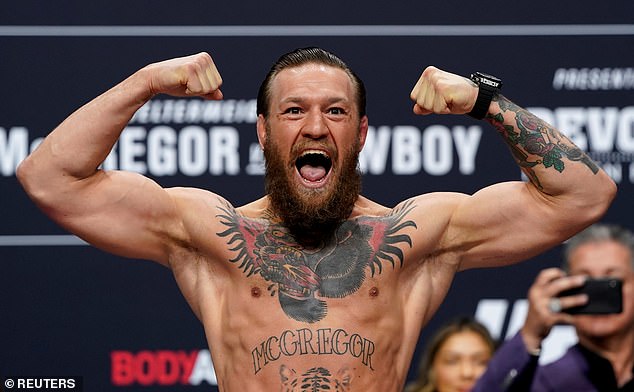 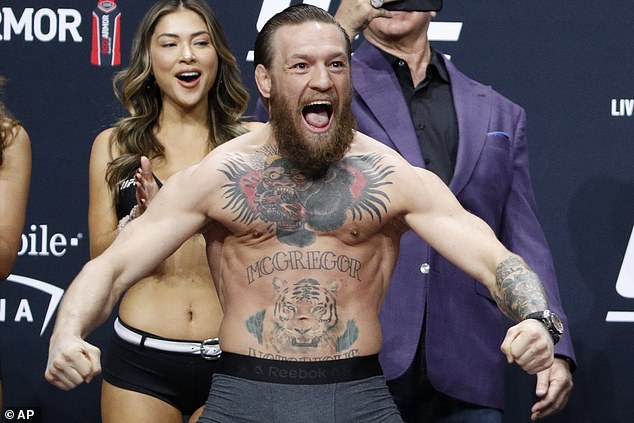 McGregor said: ‘How good do I look at 170 pounds’ ahead of facing Donald ‘Cowboy’ Cerrone

He then added: ‘Sorry I was a bit late, it takes a while to get the kids ready! Thanks for coming out, I love you!’

There was an intensity to the stare down that hasn’t been seen this week and both men are switching to fight mode, though they shared a handshake afterwards. Cerrone said: ‘I can’t wait to blow the roof off tomorrow.’

The vocal Irish contingent who have made the pilgrimage to see their man in action made themselves heard, chanting their familiar anthem of ‘Ole, Ole, Ole’.

The atmosphere between supporters was cordial which is no doubt a product of the mutual respect between both fighters.

Cowboy hats, Republic of Ireland football shirts and a party atmosphere for what has been billed as a party fight. Maybe you don’t always need controversy to stir things up after all. 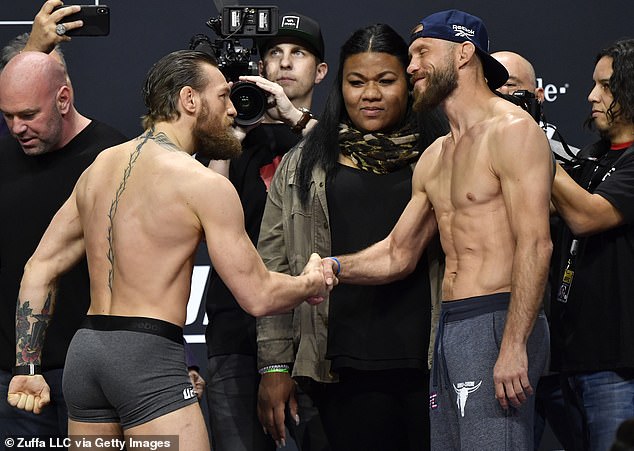 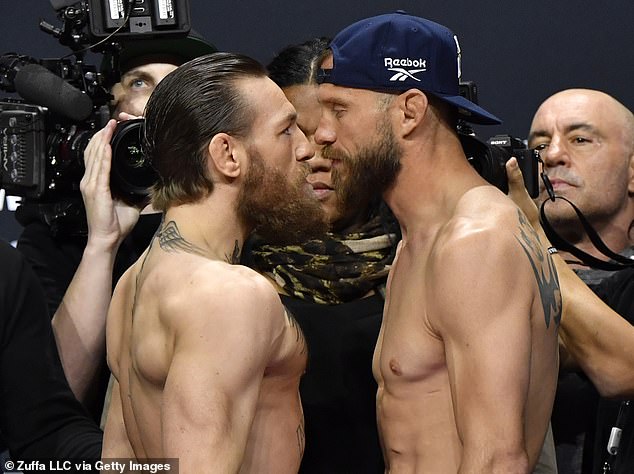 And as with any McGregor fight there was a smattering of stardust in front row seats. World renowned life coach Tony Robbins was among them. He’s been working with the ‘Notorious’ in the build-up to this one. Perhaps he’s the mastermind behind the new relaxed version of the Dubliner.

UFC heavyweight champion Stipe Miocic was mobbed for selfies, Britain’s own Michael Bisping played up to the crowd as he went about his punditry duties and Jorge Masvidal’s entrance was greeted by huge cheers.

Chuck Liddell was awarded his Hall of Fame jacket on stage after a highlight reel of his many outrageous knockouts was played to the crowd.

A final show of pomp and ceremony was displayed on enormous screens either side of the stage, entertaining the crowd with footage of both McGregor and Cerrone before the men themselves arrived on stage to huge cheers. 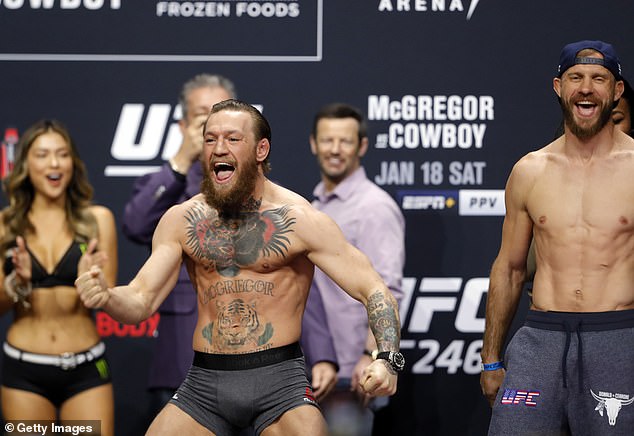 McGregor insists he’s coming for everyone in the division, starting with the Cowboy (right) 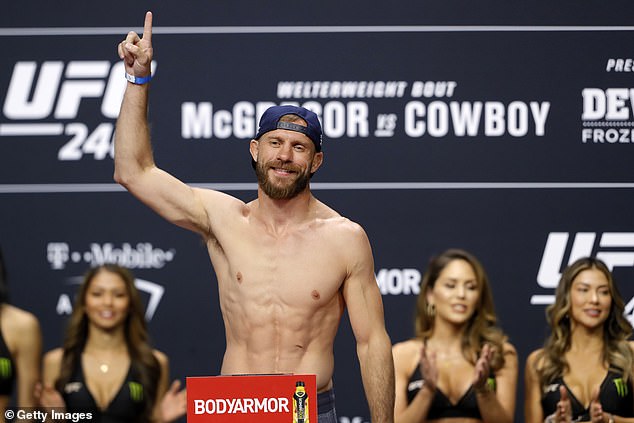 The next time they lock eyes will be in the octagon and the closer to that moment we get the narrower the odds are becoming.

Dana White raged at the ‘disrespect’ shown in some quarters overlooking the American and described him as a ‘live underdog. He’s not alone and the talk is that Cerrone performs noticeably better when there’s no animosity with his opponent.

In just over 24 hours time we’ll find out if ‘Cowboy’ can scupper McGregor’s comeback year at the first hurdle or the former two-weight champion can switch back into the ruthless killer he was at his very best.