‘I see people speaking, I am surprised’: Jose Mourinho insists Spurs have received NO OFFER from Inter Milan for Christian Erkisen… and he will play against Watford on Saturday

By Matt Barlow for MailOnline

Jose Mourinho insists Tottenham have not yet received an offer for Christian Eriksen from Inter Milan and plans to involve him at Watford on Saturday.

The Italian club are confident they are close to signing the 27-year-old Spurs midfielder for a fee of around £12million with a four-and-a-half-year contract worth up to £15m a year.

Inter’s sporting director Piero Ausilio has been in London this week trying to close deals for Eriksen, Olivier Giroud from Chelsea and Ashley Young from Manchester United. 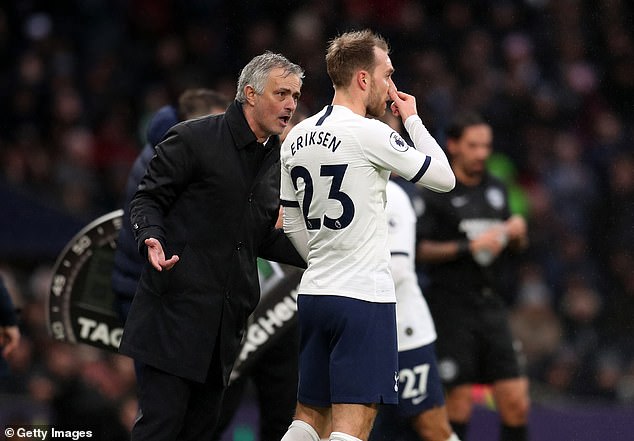 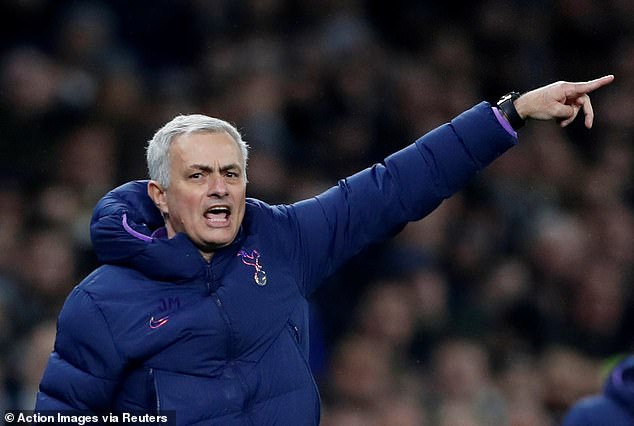 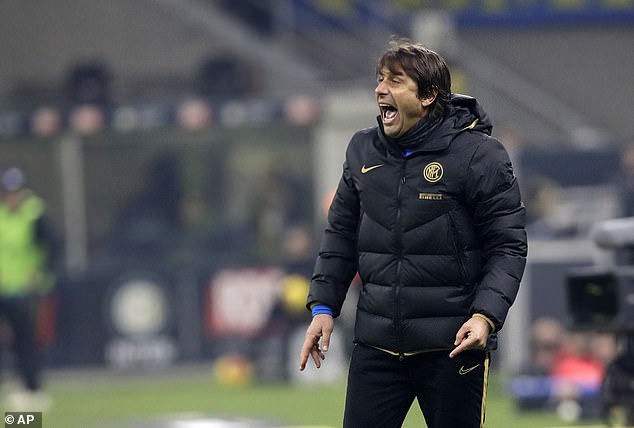 Mourinho’s nemesis, Antonio Conte, hopes to bring the Dane to Inter Milan for around £12m

‘If they are confident it’s because they are ready to make an offer which didn’t happen yet,’ said Mourinho, when asked about the future of the Dane who will be out of contract at the end of the season.

‘When I see people speaking, especially people with responsibilities, I am surprised.’

Some Spurs fans booed Eriksen’s name when the teams were announced ahead of an FA Cup replay against Middlesbrough on Tuesday.

‘Christian is trying his best,’ said Mourinho. ‘It is normal that until January 31 his brain is not totally focused. It’s a normal consequence of the situation. 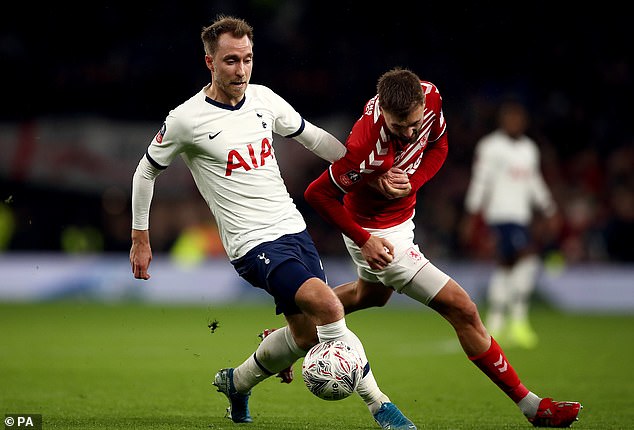 Eriksen is unlikely to stay at Spurs past this window, with the Dane looking for a way out

‘If I am a player reading every day and with information about the optimism it is normal that the player doesn’t know very well what’s going on.

‘I still don’t understand the optimism. For a few months people are speaking about how he’s going to be playing his last match for the club and the situation doesn’t change. Eriksen plays tomorrow. He is selected for the game.’

Ashley Cole admits he did NOT think Mohamed Salah had what...