Mat Ryan will donate £15,000 to Australian bushfire relief fund after 56 saves were made in Premier League

Mat Ryan will hand over 28,000 Australian dollars (£15,000) to help wildlife in his native country after 56 saves were made in the Premier League this weekend.

The Brighton goalkeeper made a pledge that he would hand over A$500 for every save made by a goalkeeper in the English top flight over the weekend to help fight the Australian bushfire.

Ryan ended up costing himself A$2,500 after making five stops in Brighton’s 1-0 defeat against Everton. 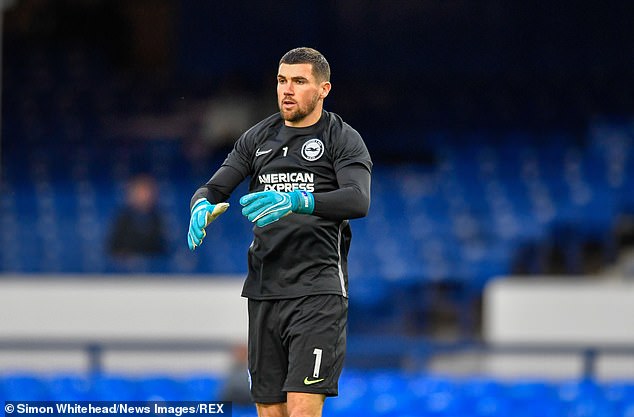 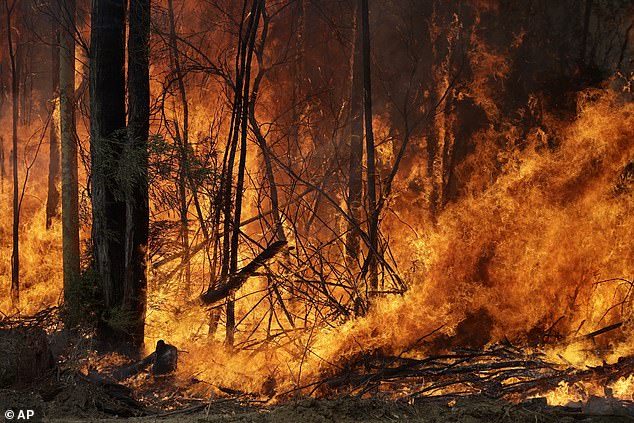 That was the second most saves this weekend, with Tottenham’s Paulo Gazzaniga, Aston Villa’s Orjan Nyland and Burnley’s Nick Pope all making the same number of stops.

Leicester goalkeeper Kasper Schmeichel recorded the most saves, pulling off seven as his side lost 2-1 to Southampton.

Ryan announced on Thursday last week that he was planning to make the gesture and said he would be donating to the WIRES Wildlife Rescue emergency fund.

The Socceroos stopper wrote on social media: ‘In light of the devastation caused by the bushfires back home, I’m donating 500 Australian dollars for every registered save by all Premier League goalkeepers across every Premier League fixture for this weekend.

‘I’ve chosen to donate to the WIRES Wildlife Rescue emergency fund. Thank you to all for your support thus far and as a nation we really do appreciate your gratitude and generosity. 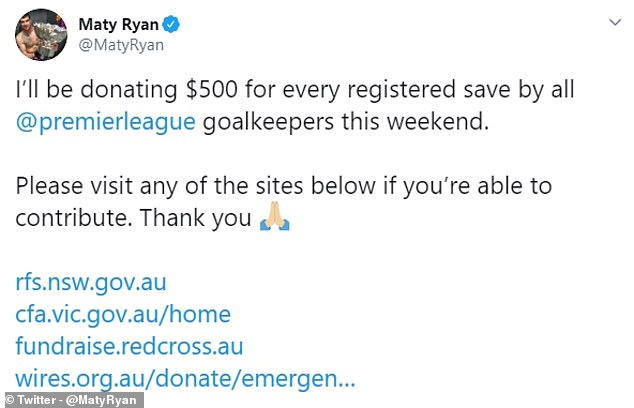 ‘However there continues to be homes lost, lives of both people and animals lost or in danger, along with whole communities, businesses and more.

‘I hope we can continue in the same manner and continue to encourage and influence people into raising money for those affected. Fingers crossed relief is on its way.’

The bushfire crisis has been a problem in Australia since September and there are still fires in South Australia, New South Wales and Victoria.

At least 27 people have died while there are thousands of others who have been left homeless due to the devastation.

Ryan is not the only sports star to help with raising funds after cricket legend Shane Warne raised A$1m by auctioning off his iconic ‘baggy green’ Test cap. 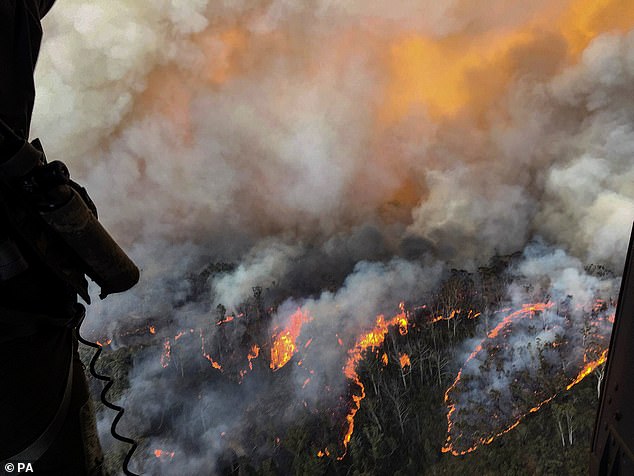 Stuart Lancaster not tempted by offers in England despite interest from...