By Will Kelleher For The Daily Mail

Scotland lock Jonny Gray will join Exeter Chiefs from Glasgow next season on a two-year deal.

Gray, 25, who has won 55 caps for his country is the latest Scot to leave the Warriors after Stuart Hogg also went to Devon and Finn Russell joined Racing 92.

And the lock said he is moving to expand his horizons. 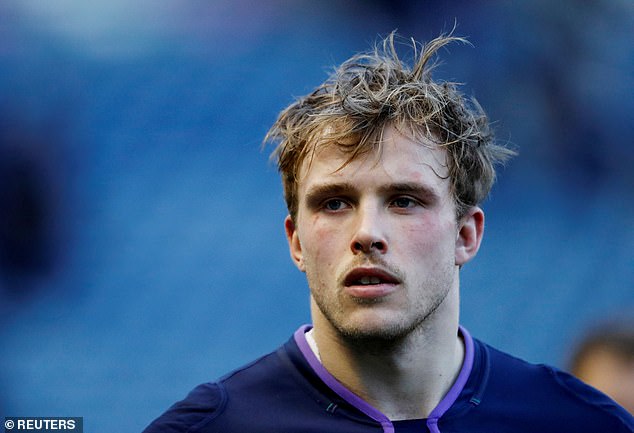 ‘I’m looking forward to the challenge,’ said Gray, who has been with Glasgow since 2012.

‘Obviously, I’ve come up against the Chiefs in the past and I know just how tough a side they are and what the set-up is like down in Exeter. You can see how well they have done in recent years and at this stage in my career, I just feel it’s a great opportunity for me.

‘I know I still have a lot to learn as a player, so hopefully the change of club will allow me to add new things to my game.

‘I’ve spoken to both Hoggy and Sam Skinner and they’ve both said what a great club it is. 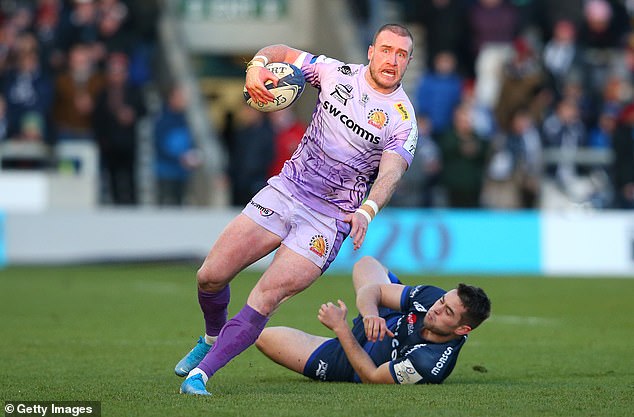 ‘Hoggy says he’s loving life down there and he’s enjoying the challenge of being at a different club. Talking to both of them, as well as Rob Baxter, I just felt it’s the right move for me at this time in my career.

‘You can see the Chiefs have a great environment and a great culture and that’s very much what Glasgow is based around. The togetherness they have as a squad is clear to see, on and off the field, so it will be good to be a part of that moving forward.

‘Sitting down with Rob, I like what he had to say, not just about the club, but how they wanted to play, and how they saw things moving forward. 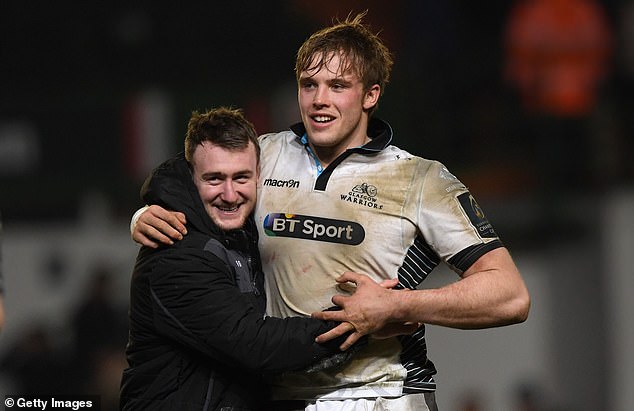 ‘You can see the club are ambitious and want to win things and I’m very much the same. First things first, I want to make sure I finish strongly with Glasgow between now and the end of the season.’

Gray – the younger brother of fellow Scottish second-row Richie who toured with the Lions in 2013 – said it would be a wrench to leave his boyhood club.

‘Leaving Glasgow will be tough,’ he added.

‘I love Glasgow and I’m so grateful to the club and so many people associated with the club for all they done during my time there. Without doubt this was one of the toughest decisions I’ve ever had to make – and I will be giving everything between now and the end of the season to ensure my time there finishes on a high.’

Lingard works up a sweat in Dubai heat as he uses...