Takumi Minamino looks to have played his last game for Salzburg after missing final match before two-month winter break with Liverpool poised to sign Japan star in January for £7.25m

Takumi Minamino was left out of Red Bull Salzburg’s matchday squad on Saturday as he nears a move to Liverpool.

The Japanese international was absent from Jesse Marsch’s side for the 2-2 draw at Hartberg.

It now looks as though he has played his last game for Salzburg as the Austrian Bundesliga enters a two-month winter break. 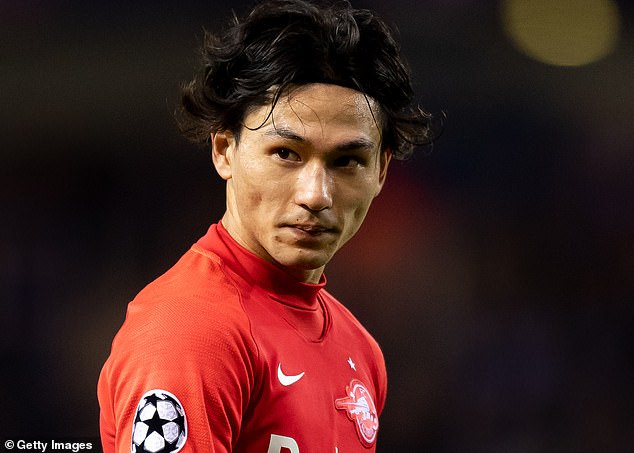 Liverpool are poised to sign Minamino after trumping Manchester United in the race to land the 24-year-old.

Minamino, an energetic, attacking midfielder, has a £7.25million release clause in his contract that can be triggered in January and Liverpool, who opened talks with Salzburg last month, have moved swiftly to advance negotiations.

Minamino has been on their wanted list for two years.

United have been pursuing Minamino as an alternative to their long-term target James Maddison but Michael Edwards, Liverpool’s Sporting Director, was aware of the clause and took advantage for a player whose market value should really be beyond £20m.

Edwards has a sound relationship with Christoph Freund, his counterpart in Salzburg, and no problems are envisaged with regard to finalising a contract for Minamino, who will become the first Japanese player to represent Liverpool. 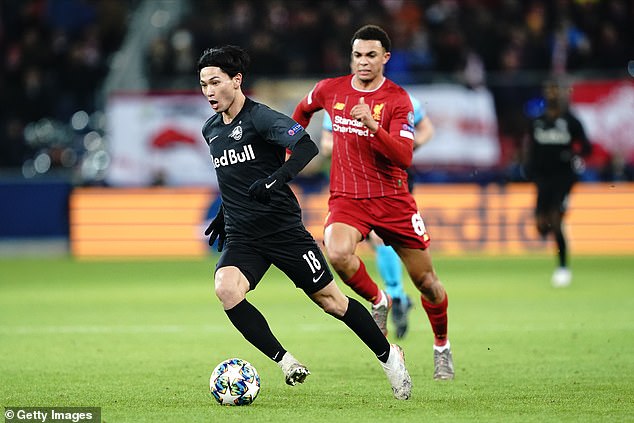 Freund, who was also aware of interest in Minamino from Borussia Moenchengladbach and AC Milan, confirmed that negotiations are progressing and said: ‘There are currently discussions with Liverpool. It is an honour which clubs are interested in our players.’

Minamino has notched nine goals and supplied 11 assists in 22 appearances for Salzburg this season. The skilful forward will bolster the Reds’ attacking options as they continue to push for the Premier League title.

Though Liverpool beat Salzburg home and away in the Champions League this season, Minamino – who is the main figure in Japanese football – caught the eye in both matches particularly in the first meeting at Anfield in October when he scored in a 4-3 defeat. 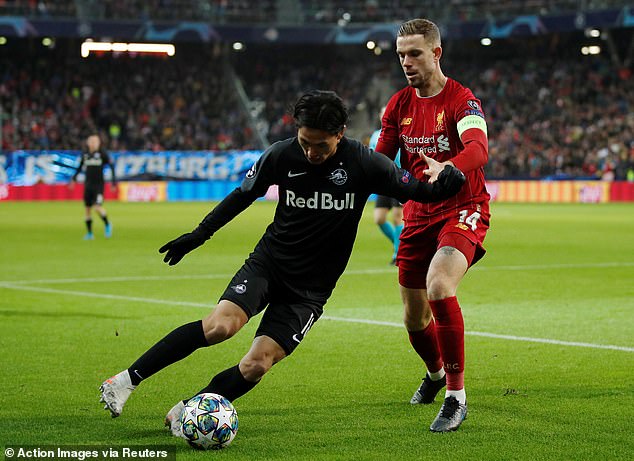