England hooker Jamie George was the target of a ‘horrible’ insult as Saracens exploded into life after a 30-man brawl that marred an otherwise stirring 15-6 Heineken Champions Cup victory over Munster.

Saracens are considering whether to make an official complaint after director of rugby Mark McCall alleged that George was the victim of a verbal assault by Dr Jamie Kearns, the Irish province’s chief medic.

The exchange sparked a mass fight that spilt over the sidelines and when order was eventually restored, the European champions played their best rugby of the match with tries from Sean Maitland and Jamie George sweeping them out of sight. 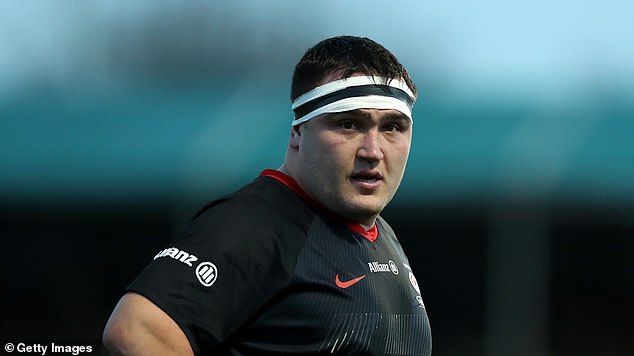 Saracens assistant coach Alex Sanderson alleged during a pitchside interview that Dr Kearns ‘said something derogatory to Jamie George about his weight’ as the second quarter was coming to a close, and McCall condemned the visitors’ medic.

‘Clearly this shouldn’t happen, we all know that. I don’t think what was said to Jamie was good at all. It started a 30-man brawl,’ McCall said.

‘Owen Farrell got penalised for running into the melee but from what I saw 29 other people ran into it!

‘It was a strange penalty to give and it was instigated by a member of their staff who said something horrible to one of our players. 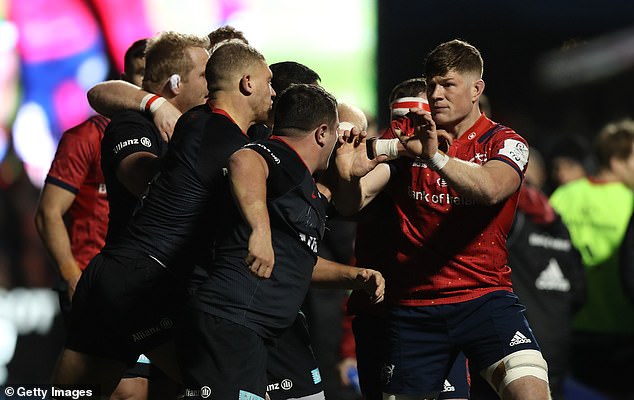 George was allegedly insulted by by Dr Jamie Kearns, sparking a mass brawl on the field

‘Something pretty bad was said at Jamie. He wouldn’t have reacted the way he reacted otherwise. We’ll take our time to decide whether we do anything.’

Saracens trailed 6-3 when tempers flared but the fight touched a nerve and they clicked into gear, with Billy and Mako Vunipola magnificent to break Munster’s full-blooded resistance to retain sight of the quarter-finals.

‘It’s a game that took a lot of winning because the team that we became in the last 20-25 minutes is the team we want to be,’ McCall said.

‘The team we were before that wasn’t too bad but it wasn’t good enough to trouble a brilliant Munster defence.

‘Theirs was one of the best defensive performances I’ve seen here but we made it too easy for them. We were predictable. 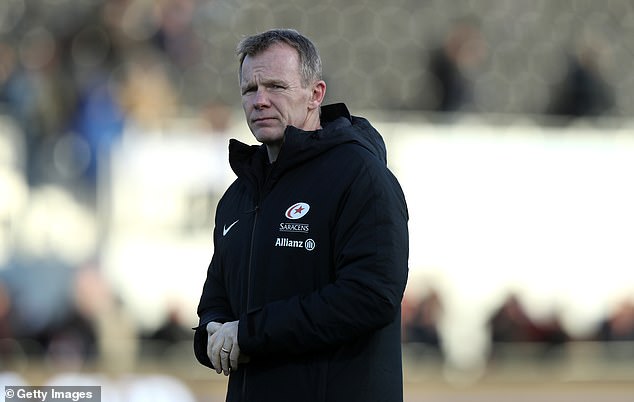 ‘There was another gear to go to and we found that in the last 25 minutes. It’s good because we’ve shown ourselves what we’re capable of. We just do that more consistently now.

‘Whether the brawl was coincidental I’m not sure, but we certainly played a lot better afterwards.

‘The boys are buoyed at how they played and if we play rugby like that we’ll be tough to beat.’

‘I don’t know what happened there. There were a lot of people involved which wasn’t nice to see,’ Van Graan said.

‘We will look into that, I won’t speculate on it. So many things happen in a game of rugby. You don’t want to see a fight.’ 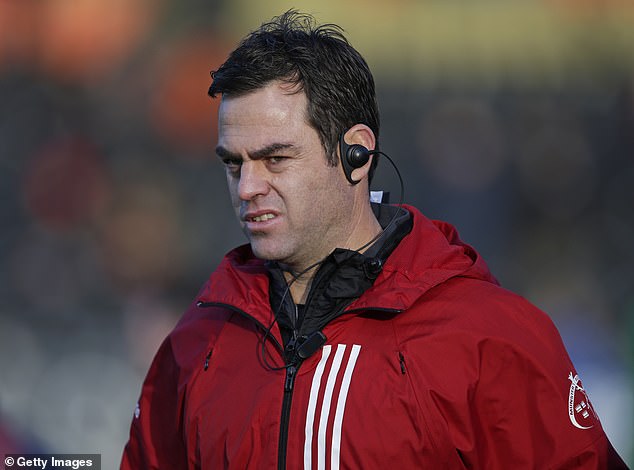 Gareth Southgate gets tough as he ramps up England’s preparations for...