Darts great Raymond van Barneveld lost the final match of his garlanded career, bowing out in the first round of the PDC world championships at the Alexandra Palace on Saturday.

The Dutchman, who won five world titles in the BDO and PDC over a magnificent 35-year career, was far from his vintage best as he lost three sets to one to American outsider Darin Young.

It was an anti-climactic way for the 52-year-old, known throughout the game as ‘Barney’, to take his retirement bow as he showed only fleeting glimpses of the skill that made him one of the greatest players the sport has seen. 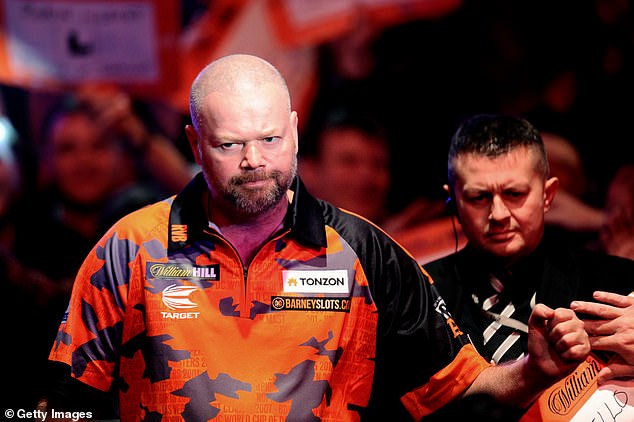 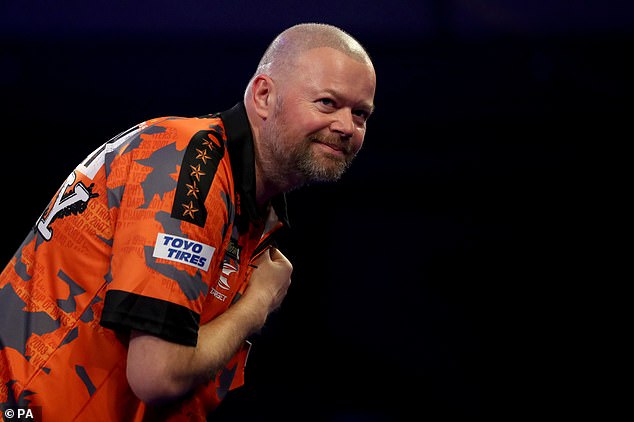 It was van Barneveld’s final farewell, but he didn’t stick around long on stage after the match 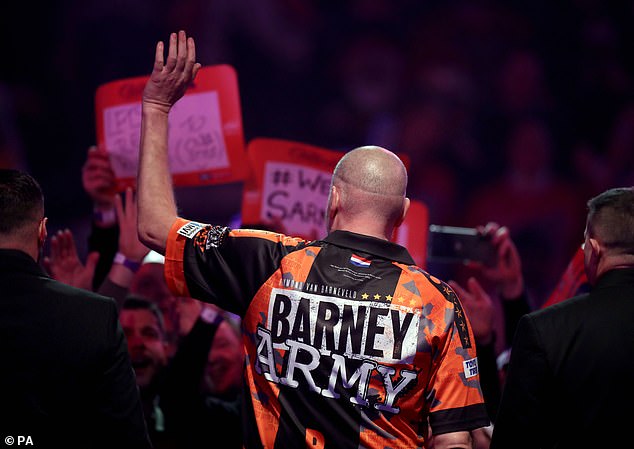 His performance left him disconsolate. ‘I lost in the first round. In my disaster year – I will never forgive myself. Never ever,’ he told Sky Sports.

A full house had earlier given him a loud and emotional welcome on stage but Young quickly dampened their enthusiasm, winning the set 3-2 before Van Barneveld averaged over 100 when whitewashing his opponent with his best darts in the second. 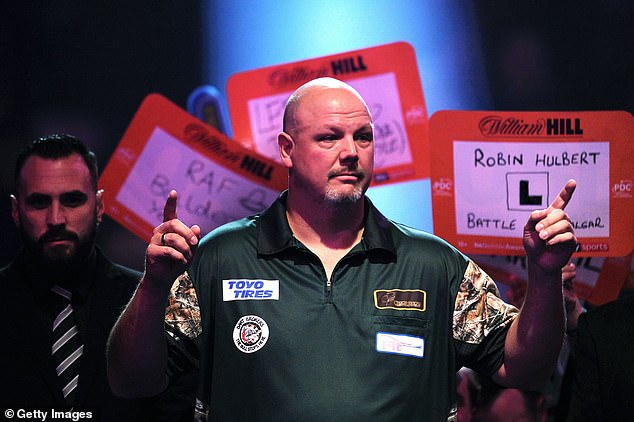 Darin Young dealt the killer blow, knocking out the legend in the first round with a 3-1 win

Young, though, punished a missed dart at double top from the Dutchman to take the third set 3-2 and wrapped up the fourth by the same score to mark the end of a glittering career.

Van Barneveld had said this would be his last tournament on the professional circuit, having won his only PDC title in 2007 in an epic final against Phil Taylor to go with the four BDO crowns he had annexed in 1998, 1999, 2003 and 2005.

Sky Sports suffer IPL blow as 2019 competition to be screened...