‘To stay at that level for three, four or five years is so difficult’: Pep Guardiola insists Manchester City are victims of their own success

Pep Guardiola feels Manchester City have become victims of their own success this season.

The City boss believes that in accruing a remarkable 198 points and winning five trophies over the past two years, the Premier League champions have set new standards in English football.

The problem for them this term is that, inadvertently, City have also driven up standards at Liverpool as they try to compete. 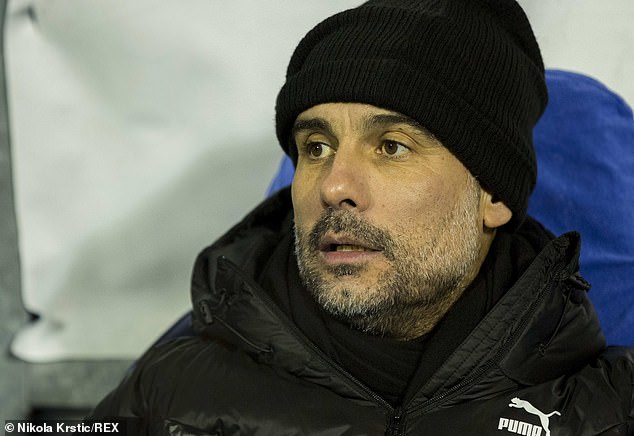 After pushing City all the way last season, the Reds have been well placed to take advantage of the slight dip in intensity that Guardiola’s side have, perhaps not unexpectedly, experienced this year.

Guardiola said: ‘When we arrived here (in 2016) the standard was 85 points to win (the title). Now you have to reach almost 100 points to win the Premier League.

‘That is why we helped Liverpool to make this step, (to) buy incredible top players and now it is the level you have to reach.

‘All the teams that are behind Liverpool know we have to make 100 points.

‘In 11 years no one won back-to-back (Premier Leagues) and then we did it by winning 14 games in a row.

‘That is why when people say we are not good (now), I cannot forget what this team has done.

‘But sometimes in a process, in the NBA or with incredible tennis players, there are problems or periods in the season when you struggle a little bit. I would say that is normal.’

City are facing a tough task to overhaul Liverpool this term. The Reds now have a 17-point advantage over the champions after beating Watford on Saturday.

City will need to win at Arsenal on Sunday just to trim it back to the 14 it was after last week’s games.

Guardiola realises catching them may prove beyond them but he expects this reality check to benefit his team.

‘Maybe we think after four titles in one season we believe something we are not and the reality of sport is to make you live it again and again.

‘In the position we are in, we have to overcome that situation, tomorrow and the next games, and prove how we are as a team.’ 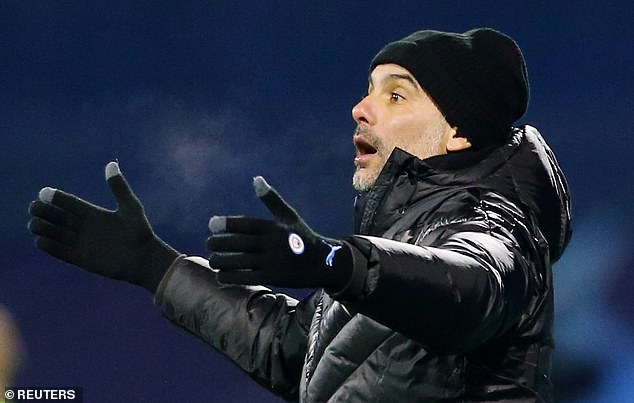 Manchester City are currently gripped by uncertainty, and their manager is at the core of it

Guardiola believes Jurgen Klopp’s Liverpool are being further fuelled by their determination to win their club’s first league title in 30 years. After their back-to-back title wins, City’s hunger is not the same.

Guardiola said: ‘He (Klopp) has maintained last season’s standards for this season.

‘This is their second season at this level and it helps they didn’t win a (league) trophy since a long time ago. You smell it. I felt that in the first season when we took 78 points.

‘There were just two or three players in the locker room who had won the Premier League. The rest hadn’t won it. We wanted to feel this experience and lift the trophy.

‘To stay at that level for three, four or five years is so difficult. We are struggling a little bit to try to challenge and lift this situation.’

England’s five most memorable Boxing Day Tests – including the Ashes...