By Riath Al-samarrai for The Mail on Sunday

So Dan Gosling went berserk, arms flailing, face contorting, and Eddie Howe allowed himself a rather broad grin as well. What a rough old time they have had, the folk of Bournemouth and the manager who leads them.

For so long Howe’s has been a tale of progression and success. But this season has been rotten, a mess of injuries and poor results and threats of unwanted records. The latest concerned the potential of another defeat here – had they lost it would have been six in a row and their worst sequence since 1994. 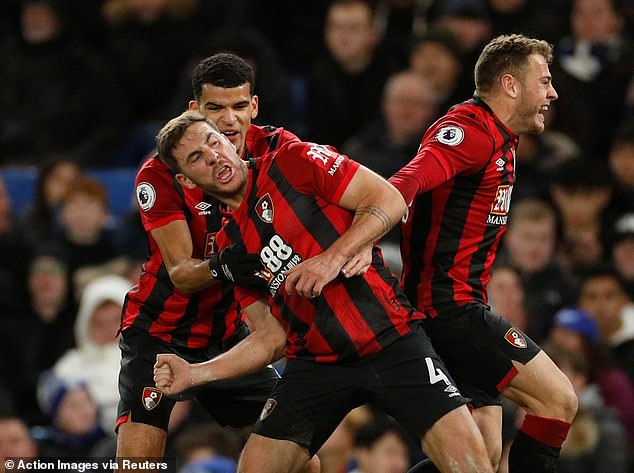 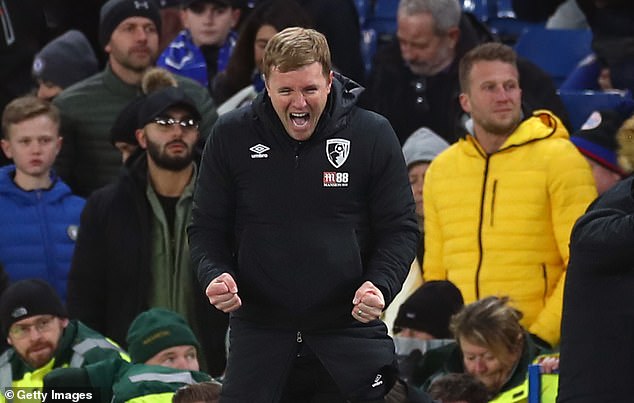 But that clock can stop. The crisis is still there – the table tells us that much. But at least the bleeding has stemmed, which for a club with so many other bumps, bruises, sprains and tears is a big deal.

For that reason, it was worth seeing the look on Howe’s face around an hour in. He was watching the same routine play out of fall, grimace, wait and depart, which really has been the theme of this difficult season.

Diego Rico had gone down and at that point, it was all too easy to see it as a summary for the campaign.

Before this game Howe had no fewer than nine men out. Good men, too. Callum Wilson, out. Nathan Ake, out. Steve Cook, out. Harry Wilson, David Brooks, Charlie Daniels, Adam Smith – all out.

When Rico went down amid the frantic mess of clearing an attack, Howe put his head in his hands. Then he turned away. And when it eventually became clear that a substitution was not needed, that Rico could come back on, Howe puffed out his cheeks.

A turning point? That would be a rather over-cooked interpretation but how important it could be, that reprieve from injury of another key player. 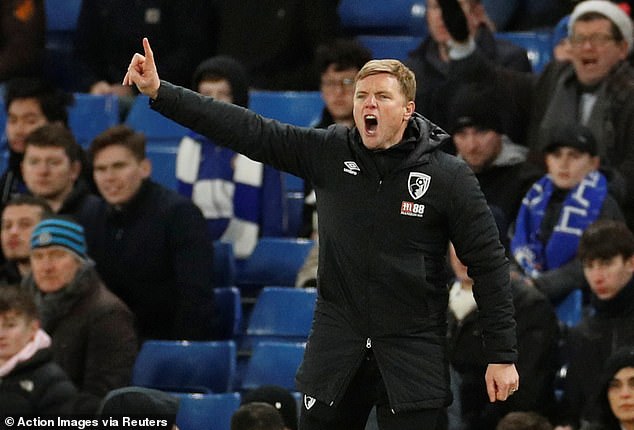 And how important this win, also. They had only one in 10 before this match, but for whatever reason, Chelsea away has been a decent fixture for Howe in the past four years. They had a couple of wins and even without possession in the first 45 minutes of this match, they were hanging in there.

They weren’t conceding and by extension, they were still alive. Small mercies in the context of recent games. And on that foundation, they started to make chances in the second half – Gosling had one, Josh King fluffed another with a heavy touch – and eventually they got their goal. After that, they had their win.

With it, Howe let out a scream and clenched both fists. It was justifiable. He hasn’t hidden from the recent problems – just witness his embarrassment the other day when he was asked about the bigger jobs that have become available.

Bournemouth has been his life’s work to date and this slump will have hurt him far more than most in similar positions. For now, if only until the next game, he can breathe a little easier. 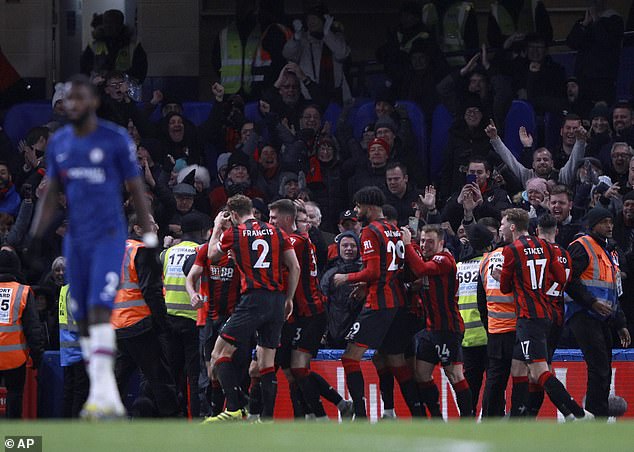 Liverpool’s defensive problems has been down to a lack of focus,...