Is this the worst miss of the season? £30m Watford man Ismaila Sarr somehow spurns opportunity to put his side level against Liverpool

Watford winger Ismaila Sarr missed a gilt-edged chance against Liverpool in what could go down as one of the worst misses of the season so far.

The Hornets put in a spirited performance in their first game under new manager Nigel Pearson against the undefeated league leaders.

However like many other teams, the 20th placed team were punished by a clinical Liverpool counter attack that Mohamed Salah finished off on the 38th minute. 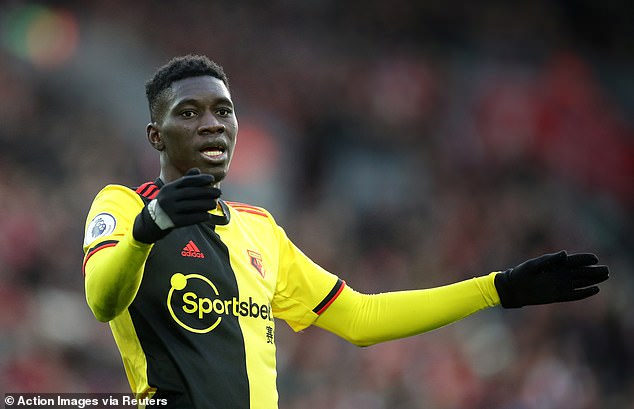 But just three minutes later Watford had the perfect opportunity to immediately level the scoreline at Anfield.

Gerard Deulofeu’s cross was parried away by goalkeeper Alisson right into the feet of Sarr, who only had to make any form of reasonable contact to turn the ball home.

However what followed will go down as one of the misses of the season to date. 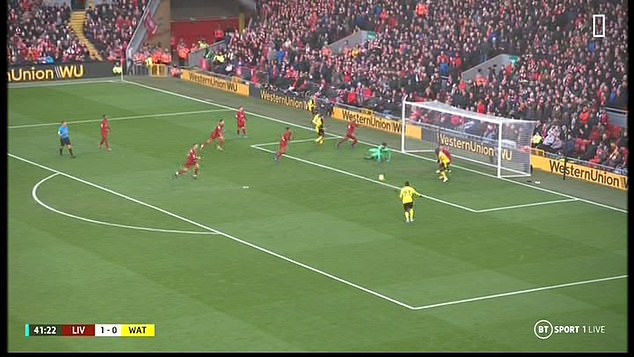 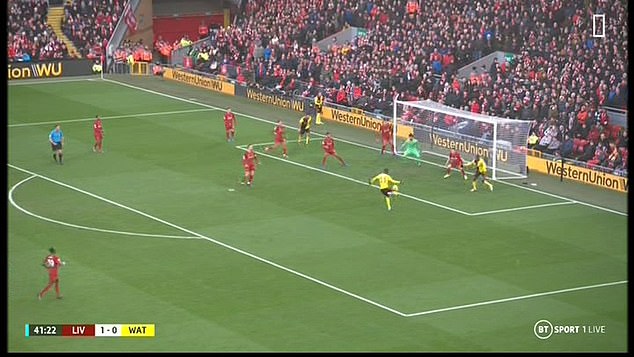 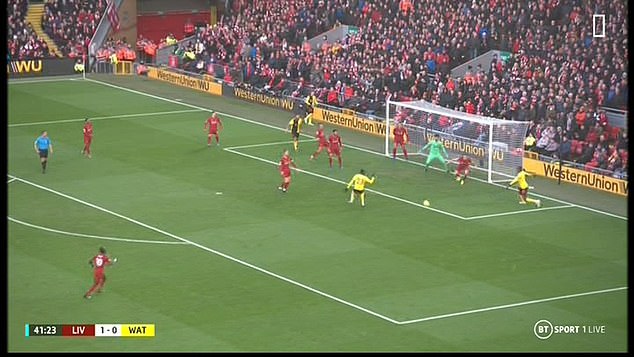 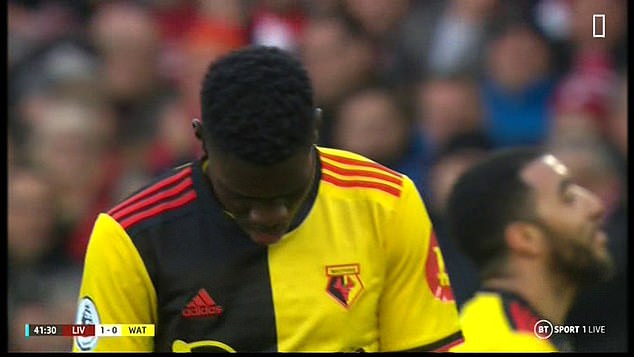 As the ball fell to Sarr, the Senegalese winger swiped at the ball and fluffed a huge opportunity to put his side level.

He miscued his kick and could only watch on as the ball rolled behind him, ruing a huge opportunity to score what would have been his first Premier League goal.

Despite this the Watford players didn’t put their heads down and continued to attack Liverpool in the second half.

The Hornets put on one of their best performances of the season to date, but were punished late into the second half by a cheeky Mo Salah flick to make it 2-0.

But Nigel Pearson will be left to wonder what could have been if Sarr had leveled the score just before half time.