The barrister for Dr Richard Freeman has claimed that a current British Cycling coach used a cola can full of urine to try to help Shane Sutton cover up a doping offence in his riding career.

Mary O’Rourke QC made the staggering allegation — and other explosive suggestions around the conduct of the former British Cycling technical director — in Manchester at the medical hearing into her client.

O’Rourke dropped a series of bombshells by reading out questions she had planned to ask 62-year-old Sutton had he not walked out of the tribunal last month. 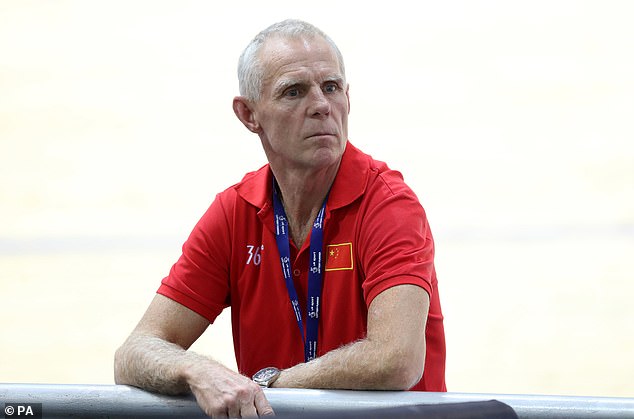 Freeman has admitted 18 of 22 charges surrounding the ordering of banned testosterone to the Velodrome headquarters of British Cycling and Team Sky in 2011.

However, he denies that the 30 sachets of Testogel were intended to improve the performance of an athlete, instead claiming he was bullied into placing the order by Australian Sutton, who wanted the medication for his alleged erectile dysfunction.

The chair of the tribunal panel pointed out O’Rourke’s questions should not be considered as ‘evidence’ but rather a ‘list of assertions’ she intended to put to Sutton, who denies any involvement in the scandal and any notion he suffers from erectile dysfunction.

O’Rourke said her claims were based on the testimony of two former riders, Omar Palov and Darryl Webster — and an anonymous source.

O’Rourke said, given the opportunity, she would have asked Sutton about an alleged incident at the Tour of Ireland when a current British Cycling coach had handed Sutton a cola can containing urine in an attempt to assist Sutton to beat a drugs test.

In addition to asking Sutton if that was true, she would have asked if it was correct the team had subsequently been given the chance to withdraw from the race to prevent further action after the pair were caught. 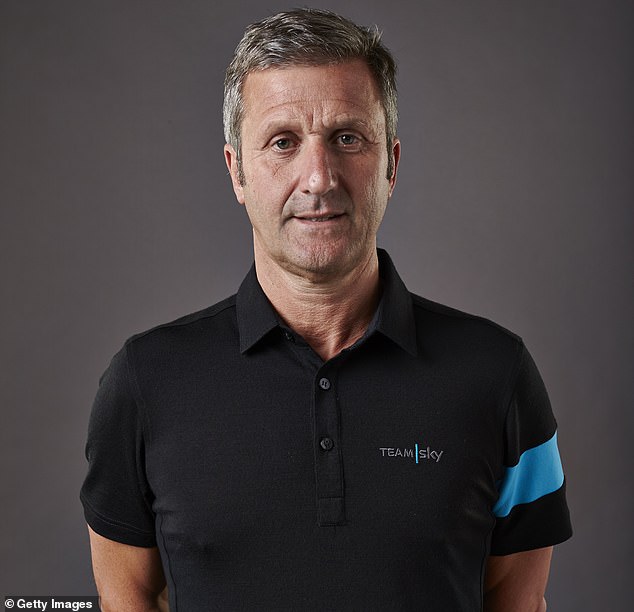 O’Rourke added she would also have asked Sutton if he was given drugs by Angus Fraser, a former cycling support worker, in a McDonald’s toilet in Edinburgh.

Trying to paint a picture of Sutton as a ‘serial liar and a doper’, O’Rourke disclosed she intended to quiz him on whether he had confessed to Freeman that he had used amphetamines in his cycling career.

Continuing with her bid to get the disputed charges dismissed, O’Rourke revealed 2008 Olympic road race champion Nicole Cooke and her father had provided a five-page statement accusing Sutton of ‘bullying, dishonesty and other shady behaviour’.

She also claimed the testimony Sutton gave to a parliamentary hearing and at a UK Anti-Doping interview was not consistent with what she alleges he told this newspaper about Jiffygate — the story of a Team Sky medical package that was delivered to the French Alps in 2011 for Sir Bradley Wiggins.

‘If he (Sutton) had nothing to fear, he would have stayed (to be questioned),’ O’Rourke added. ‘He knew he was going to have material put to him that he couldn’t deal with.

‘His evidence is tenuous, not credible and he would have been exposed as a liar and a doper.’

In response, GMC lawyer Simon Jackson said there was no evidence to support some of O’Rourke’s claims. ‘They are just allegations,’ he said.

Sutton was unavailable for comment and British Cycling said: ‘We urge anyone with any information regarding doping to contact UK Anti-Doping.’

Japan 19-12 Ireland: Hosts pull off yet another massive Rugby World...