By Paul Newman for the Daily Mail

The home of cricket will be the home of the first final in the ECB’s controversial new Hundred competition after it was announced that Lord’s will stage the climax to the inaugural tournament next August.

The move will see the Hundred finals day take place on August 15, three weeks before the finals of the highly successful Twenty20 Blast at Edgbaston that is already sold out.

The women’s Hundred final will be at Hove the day before the men’s. 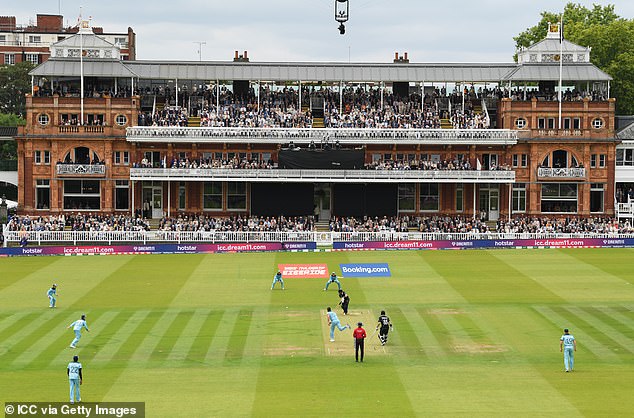 Meanwhile, Pakistan welcome back Test cricket on Wednesday 10 years after the terrorist attacks that sent them into international exile insisting they will be able to host both England and Australia in the next three years.

The first Test in Rawalpindi against Sri Lanka, the team who were targeted in the 2009 Lahore attacks, is the biggest step yet towards the full return of the international game to Pakistan and they are adamant it will be followed by the visit of England.

‘I am absolutely confident we will host England in 2021 and then in 2022 we’ll have Australia in Pakistan,’ said Pakistan board chairman Ehsan Mani.

‘Our default position is that Pakistan is safe and we will hold all our international matches from now on at home. The onus will be on other teams to tell us why they can’t come.’

Pepe and Zaha are set to go head-to-head for the first...