FIFA will try and claim back £1.5m ‘unduly paid’ by disgraced ex-president Sepp Blatter to then UEFA chief Michel Platini in 2011

By Mike Keegan And Laura Lambert For Mail Online

FIFA has been told to take legal action to claw back the two million Swiss francs that was ‘unduly’ paid by Sepp Blatter to Michel Platini in 2011, following a review by its Governance Committee.

In a letter to the Deputy Secretary General of FIFA, the chairman of the committee said there was unanimous approval for the £1.54m payment to be recovered through civil proceedings against the disgraced men, who were previously the two most powerful figures in world football.

They ruled that ‘this money must now be reclaimed by FIFA’, in addition to the fines imposed and associated costs. 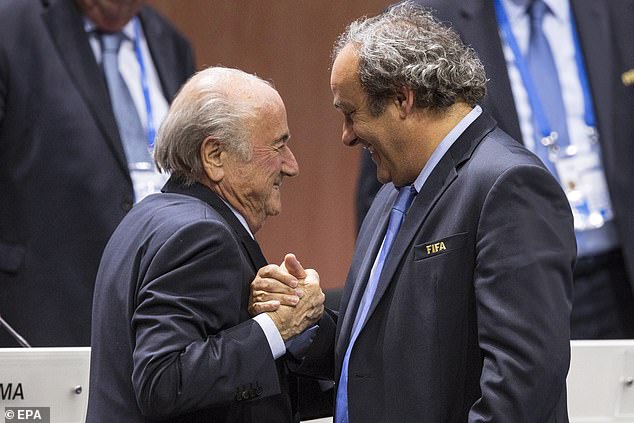 It is understood that FIFA took this step now because the statute of limitations means that they only had until the end of this year to file a claim for the money.

The letter from the committee chairman Mukul Mudgal to Alasdair Bell, Deputy Secretary General of FIFA, said: ‘We kindly inform you that the Governance Committee unanimously approved the enclosed resolution, recommending that FIFA administration take the necessary steps before the relevant authorities in Switzerland against both Mr Blatter and Mr Platini with a view to ensuring that the CHF 2 million unduly paid by Mr. Blatter to Mr. Platini is returned to FIFA (together with interest, at the appropriate rate) and the disciplinary fines and costs imposed are recovered.’

In 2015 an investigation found that there was ‘no basis in contract’ for the payment from the then FIFA president Blatter to then UEFA president Platini and it was ‘to be considered as an illicit ‘gift’ or ‘undue payment”. 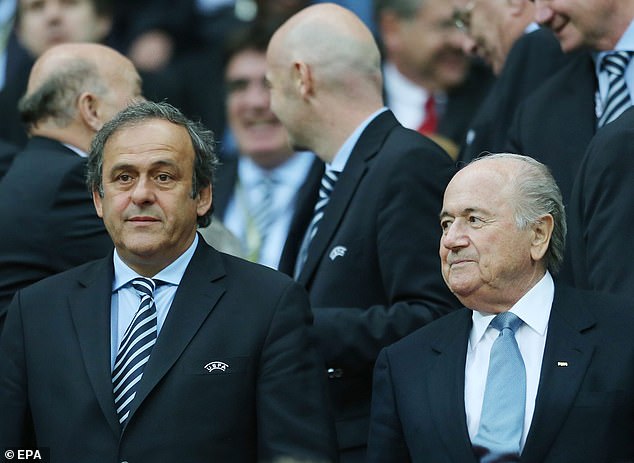 Platini has served a four-year ban, which ended in October of this year, but has always insisted the money was for work done for FIFA between 1998 and 2002. Blatter is still serving a six-year ban.

The full written resolution says: ‘On November 25, 2019, the FIFA Governance Committee fully considered the cases and decided to adopt by circulation the following Resolution.

‘In relation to the ‘undue payment’ of CHF 2 million which was authorized by Mr Blatter on 18 January 2011 and received by Mr Platini on 1 February 2011, the FIFA Governance Committee considers that this money must now be reclaimed by FIFA following the relevant court procedures. 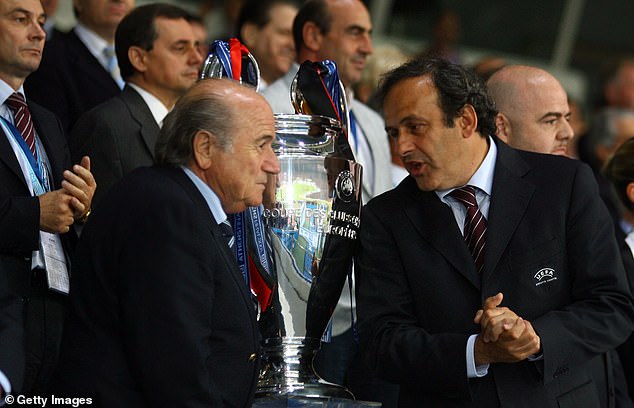 ‘The same applies to the fines imposed and the costs contribution granted by the Tribunal federal, both ordered but not paid until today.

‘The FIFA Governance Committee underlines that this ‘undue payment’ from Mr Blatter to Mr Platini had, and has, no basis in law, and that this fact has been consistently and repeatedly established in various courts and tribunals, up to the level of the Swiss Federal Supreme Court.’