Cristiano Ronaldo showed just how high the standards are that he sets for himself with his reaction to producing a poor touch during Juventus training on Tuesday.

The Portuguese superstar was taking part in a Rondo as his side prepared for their trip to Bayer Leverkusen in their final Champions League group game on Wendesday.

The training drill sees circle of players attempt to keep possession of the ball with just one touch at a time as a smaller group of players tries to make an interception. 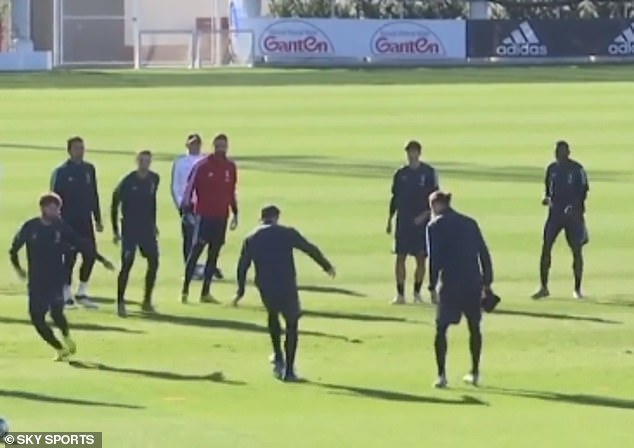 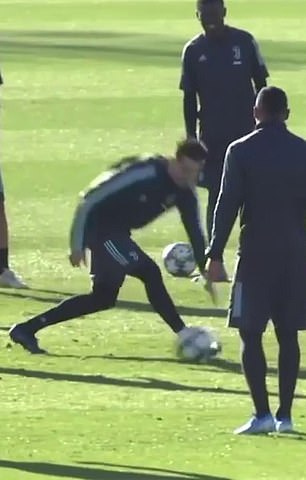 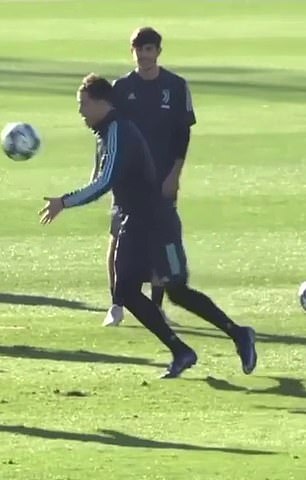 Ronaldo, put off as as a pass bobbled towards him,  managed to get the ball stuck under his right foot as he tried to play the required first-time pass.

His team-mates saw the funny side, some jokingly holding their heads in their hands, but the team’s main man did not.

Clearly frustrated, Ronaldo proceeded to smash three balls into the air as the players around him laughed.

Ronaldo’s ‘anger’ had evidently dissipated by the time he launched the third ball, the 43-year-old then joining in with the surrounding laughter.

Juve have nothing to play for in Germany on Wednesday, Ronaldo and Co having already secured top spot in Group D. 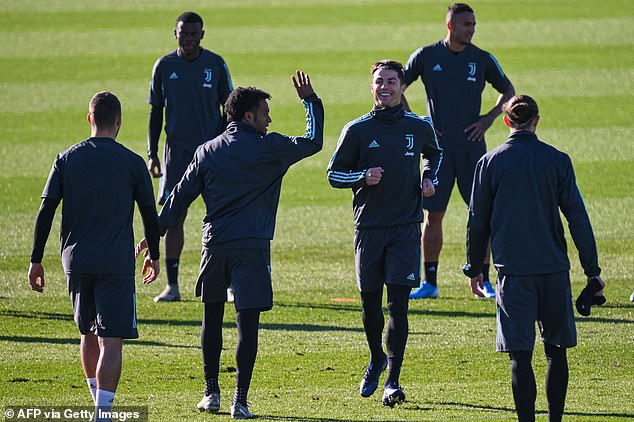